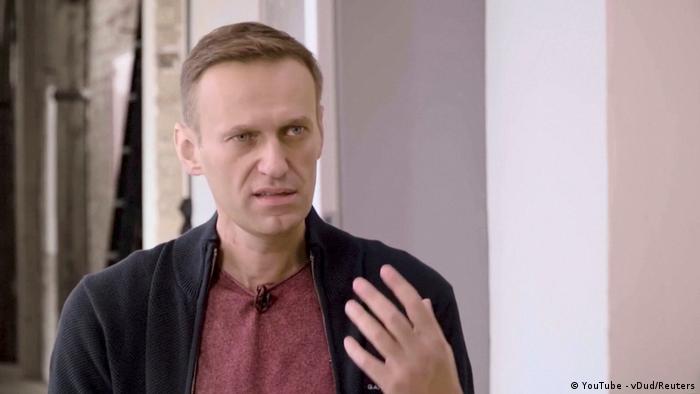 Navalny, 44, is alleged to have collected donations from the public on behalf of the organizations he represents before spending the funds on personal needs.

The Investigative Committee said in a statement that Russia's most prominent opposition figure used the money for acquiring "personal property, material assets and paying expenses," saying that the donations were effectively "stolen."

The committee, which probes major crimes in Russia, claims Navalny used more than 356 million rubles ($4.8 million; €3.9 million) for personal use when the donations were intended for his organizations, which include an anti-corruption foundation — a non-profit establishment aimed at investigating and exposing corruption within the Kremlin.

One of President Vladimir Putin's fiercest critics, Navalny was airlifted to Berlin for treatment in August after collapsing on a plane in what Germany and other Western nations said was an attempt to murder him with a Novichok nerve agent.

Navalny, who is convalescing in Germany, tweeted in response to the case brought against him, saying it was "invented by Putin."

"I immediately said that they will try to put me in jail because I didn't die" from the poisoning, he wrote on Twitter.

Russia has said there is no evidence of any poisoning while also denying any involvement.

It's not the first time Navalny has faced fraud charges. In 2014, he spent almost a year under house arrest after authorities charged him with money laundering and fraud offenses. He was given a suspended prison sentence in December of that year.

Moscow has barred some German and EU officials from entering Russia as part of its response to EU sanctions, following the poisoning of Kremlin critic Alexei Navalny.

Lyubov Sobol, like Navalny, has been a strong critic of Russian President Vladimir Putin. Video footage has emerged of Moscow police trying to enter her apartment before detaining her.