Russia Looks to Improve Strained Relations to Georgia | Europe | News and current affairs from around the continent | DW | 18.04.2008

After Georgia asked the international community to counter what it calls Russia's "de facto annexation" of Abkhazia and South Ossetia, Russian President Vladimir Putin has moved toward normalizing relations with Tbilsi. 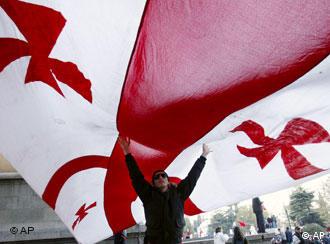 Georgia says it needs the support of the international community

Putin "ordered the implementation of further practical steps to normalize relations with Georgia" and the lifting of economic sanctions, Russia's foreign ministry said in a statement.

The statement, which comes two days after Moscow angered Tbilisi by announcing closer ties with two breakaway Georgian regions, calls for the restoration of postal links, removes visa restrictions and calls for "consultations" to take place regarding banned Georgian imports. 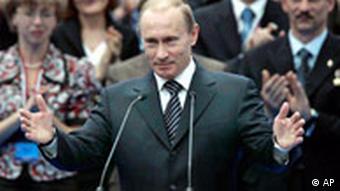 Putin called for lifting a travel ban and economic sanctions

Georgia, on Thursday, had begun a diplomatic offensive against Russia's bid to build closer ties with the two rebel regions, maintaining that Moscow has "crossed a red line" by breaching Georgia's sovereignty and calling for an emergency session of the UN Security Council.

"The Russian Federation has made yet another extremely dangerous step towards the de facto annexation of integral parts of Georgia's internationally recognized territory," Georgia's foreign ministry said in a statement.

"We need serious actions, not only words from our partners in the next days and weeks," said Saakashvili, adding that he would be sending Foreign Minister David Bakradze to the United States and Euro-Atlantic Integration Minister Giorgi Baramidze to Germany and France to discuss the issue.

Russia's decision has already elicited expressions of concern from the EU and a call from NATO for Moscow to reverse the measure. 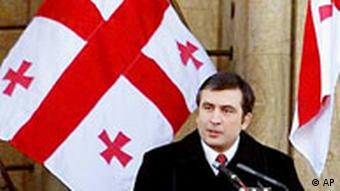 Tbilisi was reacting to Russia's announcement Wednesday that it would be stepping up cooperation with the two pro-Moscow breakaway regions, Abkhazia and South Ossetia, in trade, culture and other areas.

The move is intended to pave the way for "mechanisms for the complete protection of the rights, freedoms and legal interests" of Russian citizens living in the regions, the Russian foreign ministry said.

The two regions broke away from Georgian control during wars in the 1990s following the country's independence, after the collapse of the Soviet Union.

Unwilling to lose influence in the strategic South Caucasus region along its southern border, Russia has backed Abkhazia and South Ossetia both financially and by providing Russian citizenship to most of their residents. 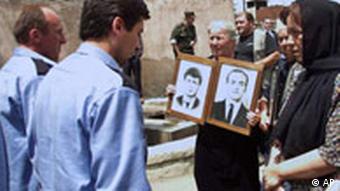 Meanwhile, Abkhazia's self-appointed President Sergei Bagapsh said Georgia was building up troops and artillery along the border and threatened to deploy Abkhaz armed forces unless Georgia withdrew by the end of Friday.

Saakashvili has pledged to regain control over Abkhazia and South Ossetia and has long accused the Kremlin of stirring up separatism.

Moscow insists it will stop short of recognizing the independence of the two provinces, a move which analysts say could boost separatist feeling in several Russian regions.

In fact, Russia has increased its support for the separatists in response to Western recognition of Kosovo as an independent nation. Moscow opposed Kosovo's unilateral declaration of independence from Serbia in February.

In Bucharest earlier this month, NATO promised that Georgia would eventually be given membership in the alliance and cited the country's fragmented status as one reason for denying Georgia's request to be put on a definite track for membership through NATO's Membership Action Plan.

According to the statement released by Georgia's foreign ministry Thursday, Russia's actions are an attempt to "not allow Georgia's rapprochement with NATO, something an absolute majority of Georgian citizens... firmly supports."

The EU's foreign policy chief expressed concern after Russia decided to intensify its links to two separatist regions in Georgia. NATO's secretary general called on Moscow to reverse the measures. (16.04.2008)

Discussions at the NATO summit focused on the alliance's mission in Afghanistan and a planned new missile shield for Europe. Croatia and Albania were formally invited to join, while Macedonia was not. (03.04.2008)

Should the international community act - and how? Send us an e-mail, including your name and country of residence.