The fresh probe comes after Navalny's allies were already banned as "extremist" earlier this year ahead of Russia's elections. 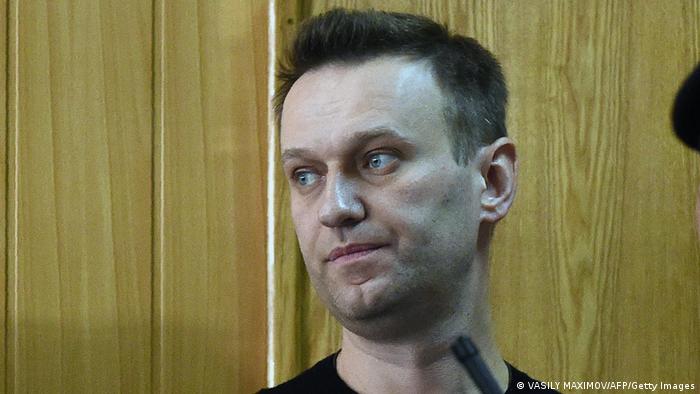 If convicted, Navalny could face up to 10 years behind bars

The committee said it was investigating Navalny and his top allies, Leonid Volkov and Ivan Zhdanov, for allegedly running an "extremist network." Other allies were accused of taking part.

If convicted, Navalny, Volkov and Zhdanov could each face up to 10 years in prison, while other activists risk a maximum sentence of six years.

Why is Navalny behind bars?

The 45-year-old dissident was detained in January after flying back to Russia from Germany. Navalny was sentenced to 2.5 years in a penal colony for violating parole from a previous conviction he says is politically motivated.

He was flown to Germany earlier for five months of medical treatment after being poisoned in Siberia in August 2020 with a military nerve agent. Russia has denied its involvement and has accused the West of a smear campaign against it.

In June, a court in Moscow labeled the imprisoned dissident's Foundation for Fighting Corruption and its network of regional offices extremist groups, a ruling that exposed Navalny's allies to prosecution.

What's new in the case?

In its Tuesday statement, the Investigative Committee, which probes major crimes in Russia, said that by 2014 Navalny had "created an extremist network and directed it" with the aim of "changing the foundations of the constitutional system in the Russian Federation."

"The illegal activities of the extremist network were aimed at discrediting state authorities and their policies," investigators claimed.

Russia analyst: 'Opposition strategy will have to be re-thought'

In the run-up to the country's election, authorities blocked websites run by Navalny's allies and pressured Apple and Google to remove an app Navalny's team created.

"Everyone has been asking, whether the pressure would ease after the election. Here's the answer. A week after the election - a new criminal case against Navalny, Volkov, Zhdanov, Sobol, Alburov, Shaveddinov,'' Navalny's spokeswoman Kira Yarmysh said on Twitter.

"This is the fourth criminal case launched against Alexei while he's in prison," Yarmysh said.

The Russian government has cracked down hard on independent media and the opposition in the run-up to parliamentary elections. Removing a Navalny voting app appears to be aimed at ensuring a Kremlin-approved poll result.

Navalny supporters and the Russian election