An Estonian police officer allegedly abducted by Russia in a cross-border raid has been jailed for 15 years. The EU has demanded his release after denouncing his abduction as a "clear violation of international law." 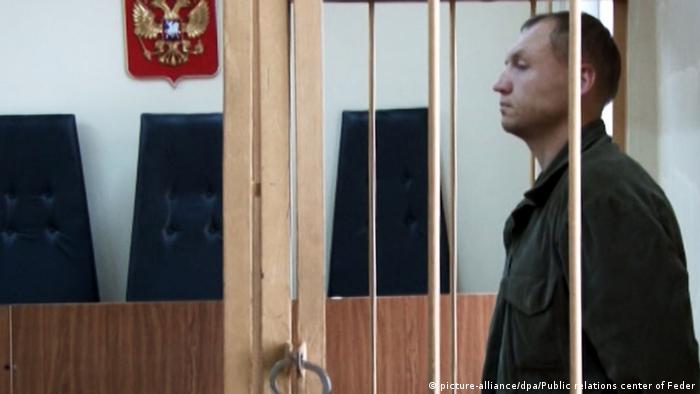 Russia claimed Kohver was caught on Russian territory as he carried out an undercover operation last September.

But Tallinn maintains that Moscow's security services kidnaped him at gunpoint at a border crossing on Estonian territory as he was investigating a cross-border crime.

A court in the western Pskov region, which borders Estonia, sentenced Kohver on charges of spying, weapon possession and illegally crossing the border, according to his court-appointed lawyer Yevgeny Aksyonov.

Relations between Russia and Estonia, which has a large ethnic Russian minority, have deteriorated since Moscow's annexation of Crimea from Ukraine last year.

The EU said Kohver's detention in Russia was illegal and called for his immediate release.

EU foreign affairs chief Federica Mogherini said in a statement that Kohver "has been deprived of the right to a fair trial: There was no public hearing of the case."

Kohver will serve his sentence in a Russian hard-labor camp and be fined 100,000 roubles (1,280 euros/$1,525), Aksyonov said outside the Pskov regional court, where Estonian and EU diplomats had gathered to protest the conviction.

Russia's Federal Security Service, successor to the Soviet KGB, claimed that Kohver was detained while carrying a Taurus handgun with ammunition and 5,000 euros ($5,500) in cash, together with special equipment for concealed audio recording and documents that "bear evidence of an intelligence mission."

Estonia denied the claims and said he was taken while trying to stop illegal activity on the border when unidentified abductors jammed radio communications and used smoke grenades.

Many in Estonia believe the timing of Kohver's arrest was deliberate as it came just two days after US President Barack Obama visited the Estonian capital of Tallinn to trumpet Baltic security following Russia's role in the Ukraine crisis.

Estonia and other former Soviet republics in the Baltics, which now belong to both the EU and NATO, have urged both organizations to take a tough stance toward Russia over its actions in Ukraine.

The West says Moscow is sending troops across the border to support separatist rebels in Ukraine, a claim Russia has repeatedly denied.

Baltic states Estonia, Latvia and Lithuania emerged from nearly 50 years of Soviet occupation in the early 1990s and joined NATO and the European Union in 2004 in an attempt to bolster security amid tense relations with Moscow.

There are concerns among these Baltic countries that Russia may try to destabilize their nations, like it did with Ukraine, under the pretext of trying to protect their large Russian-speaking minorities.