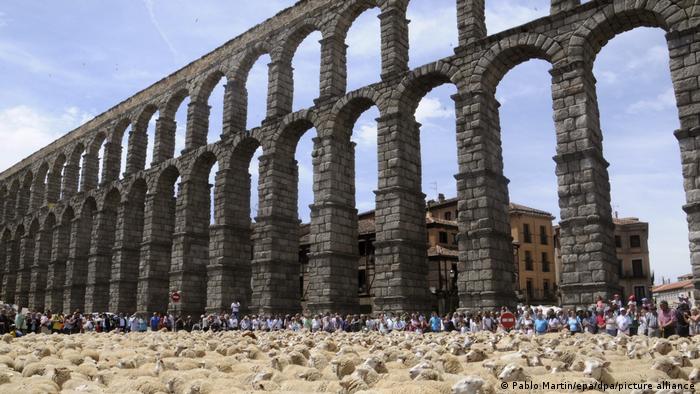 Ancient Rome reached its high point some 2,000 years ago. But today you can still find remnants all over Europe, North Africa and the Middle East of what was once the biggest and most powerful empire of the ancient world.

In Nimes in southern France, for example, Roman aqueducts tower above the landscape, tall as any modern apartment building; while in Pompeii in southern Italy, the columns of an ancient bath stand straight and unbroken after millennia.

Such structures testify to pioneering Roman construction techniques, skills that are the focus of a new exhibition at the Landesmuseum Mainz located southwest of Frankfurt.

Entitled "High Tech Romans," the exhibit is a showcase of Roman technological innovation exploring everything from the first floor-heating system in history, to revolutionary sanitation facilities, to a wind and weatherproof concrete that still survives. 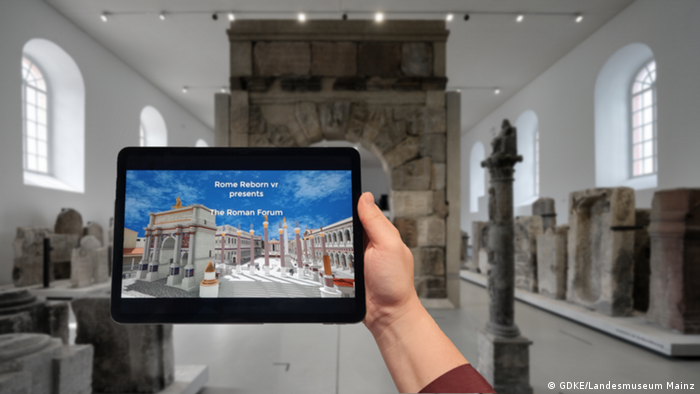 Roman inventiveness certainly helped develop an unprecedented empire, no more so than in the realm of building and architecture.

Romans built aqueducts and the first multistory residential buildings using "opus caementicium," from which the modern word "cement" is derived.

So-called Roman concrete was so durable that some buildings remain standing today, including Emperor Nero's luxurious Domus Aurea (Golden House) complex, the Roman Colosseum, and the Pantheon with its massive concrete dome.

It wasn't until the 19th century that concrete was rediscovered as a construction material. But the modern variant lasts only for around 50 years before it begins to soften and crack. Researchers have discovered that Roman concrete contained a special ingredient that gave it incredible durability: volcanic ash. 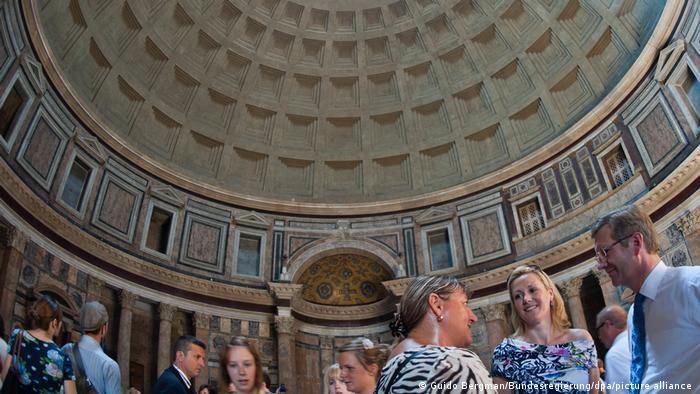 Long-lasting concrete was not the only Roman building innovation. Though the empire's construction methods depended heavily on human and often slave labor, they also utilized complex mechanical wooden cranes, for example — a working model of which is on show in Mainz.

But with the fall of the empire, such Roman construction equipment, tools and materials fell into obscurity.

Luxury construction with all mod-cons

As construction on Emperor Nero's 80-hectare (198-acre) Domus Aurea reached its conclusion, he is said to have remarked: "Now I can finally start to live like a human being."

Yet whether the young emperor who committed suicide in 68 BC actually ever lived in the grandiose palace known as "Golden House" remains unclear.

What is certain is that when it came to Roman construction, comfort was important. The first floor-heating system was developed by the Romans whereby warmed air passed through a system of masonry pipes located under the floor tiles. It was yet another pioneering Roman invention used in baths, private homes and public buildings. 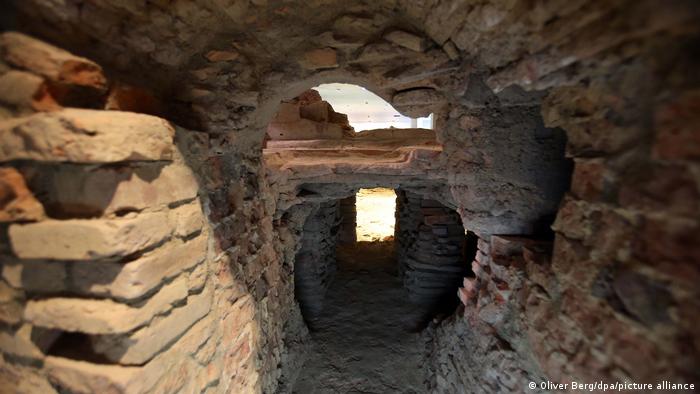 The Romans used an underground pipe system made of brick or stone to allow hot air to circulate, heating the floors directly above

All road networks lead to Rome

Urban design was built around a network of roads, some dead straight, that connected isolated corners of the empire with the capital in Rome. Some modern road systems today are partly orientated on ancient Roman precursors, including in London.

Cities were also planned out in great detail. They featured residential grids and civic squares such as the forum in the city center. 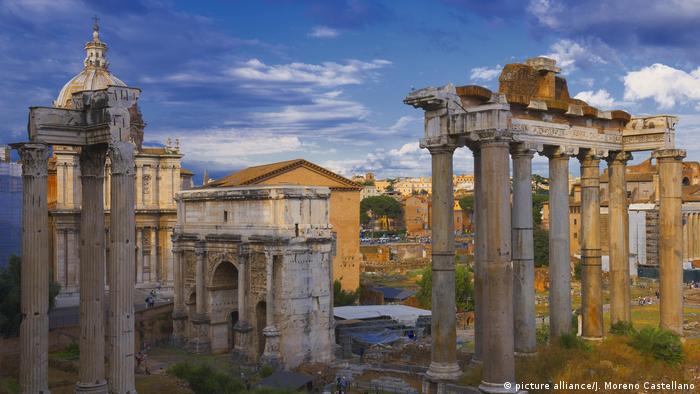 The Forum Romanum was the center of life in Rome

The forum was a rectangular plaza where large public buildings were located, such as the courthouse, the temple, theaters and administrative offices. The Forum Romanum in the heart of Rome, for example, served as a model for many other cities of the empire.

One of the most important networks of the Roman era was the underground sewer system. In Rome, this was called the "Cloaca Maxima," and it was originally used to drain the swampy land around the city's seven hills.

However, the Romans quickly realized the myriad potential co-functions of such an underground wastewater system. 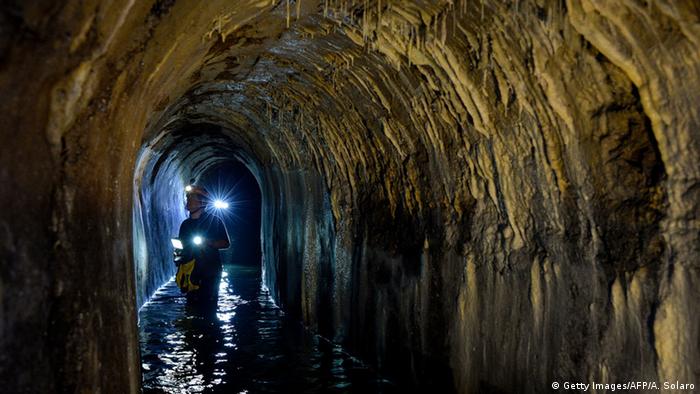 In the first century, all 11 Roman aqueducts were connected to the sewer system, and the wastewater canals were later used to empty latrines and channel away rain water.

The system quickly became the standard for all Roman cities from Milan to Paris to London. Parts of the Cloaca Maxima are still in use in Rome today.

Hygiene as a high priority The city of Bath, England, takes its name from its Roman bathing complex, or thermae

Also considered the first wellness centers, baths were places where Romans socialized as they were intended to serve families without private sanitation facilities.

They were so popular that the Roman emperor even dropped by on occasion to spend time — and be seen spending time — among the populace.

The "High Tech Romans" exhibition aims to bring all these achievements of Roman ingenuity to life. And it's no coincidence that the show is in Mainz: The Romans founded the city as a legionary camp more than 2,000 years ago before it went on to become a regional center of the empire.

The exhibition "High Tech Romans" runs through January 15, 2023 at the Landesmuseum in Mainz.

It is famed as the place where gladiators battled lions to the amusement of the citizens of ancient Rome. Six million visitors flock to the Colosseum in Rome each year.

The Lower Germanic Limes region will throw its hat into the ring as a UNESCO World Heritage Site. Such status for the former Roman Empire frontier could further boost tourism in the Rhine River region.

On the Ancient Roman Trail