The Lower Germanic Limes region will throw its hat into the ring as a UNESCO World Heritage Site. Such status for the former Roman Empire frontier could further boost tourism in the Rhine River region. 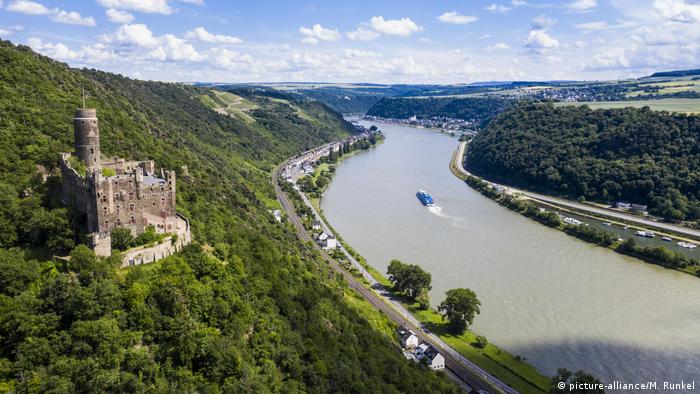 The Netherlands is to lead the way, in cooperation with the German states of North Rhine-Westphalia and Rhineland-Palatinate, in applying for the "Wet Limes" region to become a UNESCO World Heritage Site. The application is to be submitted to UNESCO in Paris on Thursday, January 9, 2020. A decision could be announced by July 2021.

The Lower German Limes runs between Bad Breisig in the German state of Rhineland-Palatinate, through the state of North Rhine-Westfalia, to the seaside resort Katwijk in the Netherlands. The approximately 400-kilometer-long (ca. 250 miles) border area follows the course of the Rhine River and was a frontier during Roman times.

Read more: What do tourists want to see in Germany?

The "Wet Limes," as it is called, ends at border fortifications that are already under World Heritage protection. In the North, it is Hadrian's Wall in Great Britain. In the South, it is the Upper Germanic Limes, which stretches 550 kilometers from Rheinbrohl in Rhineland-Palatinate to Eining in Bavaria. The Romans fortified and secured the borders of their empire some 2,000 years ago. Limes can be a wall, an earth mound, a ditch or even a river.

In North Rhine-Westphalia, the Lower Germanic Limes is almost 220 kilometers long. Along the route there are 19 municipalities with important Roman military excavation sites, with the city of Cologne being the most significant. North of Cologne is Xanten, at times the largest legion camp in the Roman Empire with at least 10,000 men, and now home to one of the largest archaeological open air museums in the world.

June 4 is Germany's World Heritage Day. Here are some of the country's sites listed by UNESCO, and more on the process that led them to be selected among the prestigious World Heritage Sites. (02.06.2017)

A cosmopolitan approach to life in Cologne, industrial heritage in the Ruhr region, open countryside in Westphalia: North Rhine-Westphalia is a state of contrasts. (09.10.2019)

The Lower German Limes between Bad Breisig in Rhineland-Palatinate and the seaside resort Katwijk in the Netherlands is to be considered for World Cultural Heritage status. (02.05.2018)