How a location can become a UNESCO World Heritage Site | Culture| Arts, music and lifestyle reporting from Germany | DW | 02.06.2017

June 4 is Germany's World Heritage Day. Here are some of the country's sites listed by UNESCO, and more on the process that led them to be selected among the prestigious World Heritage Sites.

Over 1,000 cultural and natural monuments are listed as UNESCO World Heritage Sites. Being included on that list greatly adds to the prestige of a given location. As a result, more tourists come to visit and public funds increase.

But how are those sites selected? Here's how it works.

The UNESCO World Heritage Committee has 21 members from 21 countries. They are to represent all continents and cultural regions. New members are elected every four years, to allow representatives from all the 163 states that have signed agreements with UNESCO to be represented on a rotating basis.

Vietnam, Finland, Algeria, Peru and Germany are among the countries currently making up the committee.

2. Where do the committee members meet?

Their meeting point also changes. In 2015, the committee members met in Bonn; this year's session is held in Istanbul from July 10-20. The international committee usually meets for 10 days to discuss new candidates to be added to the heritage list, as well as the present conditions of the existing ones.

This year, the committee is to examine 156 detailed reports. They help determine which sites, especially those in poorer states, should obtain international financial support. 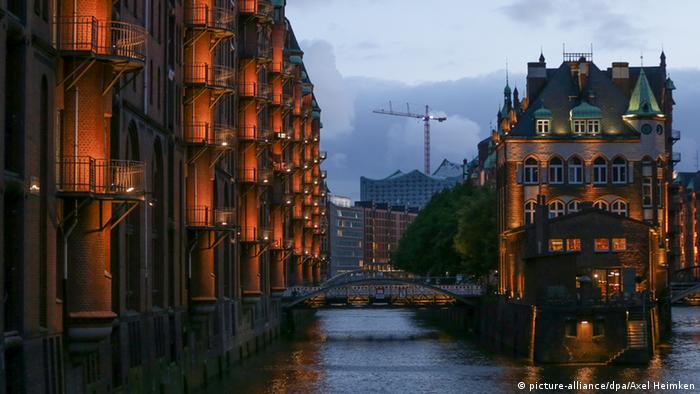 3. What are the criteria?

Only locations having an outstanding, universal significance have a chance of being chosen. A cultural or natural location must be unique, historically authentic, and intact if it wants to qualify. Apart from such basic criteria, there is an additional catalogue of 10 criteria. A location should, for example, be a masterwork of human creativity, or a unique testimony of a cultural tradition.

4. How many World Heritage Sites are there in Germany?

There are now 40. The first monument to be named a World Heritage Site was the Cathedral of Aachen. Back in 1978, the dome was even among the very first Heritage Sites ever chosen. Other significant German cathedrals followed suit, among them those of Speyer and Cologne, as well as the cloisters of Lorsch, Corvey, Reichenau and Maulbronn.

Listed architectural sites also include the Bauhaus sites in Weimar and Dessau, the Berlin Modernism Housing Estates and Speicherstadt warehouse district in Hamburg.

Entire historic city centers are also protected, such as those of Bamberg, Bremen, Goslar, Lübeck, Quedlinburg, Regensburg, Stralsund and Wismar.

The list includes industrial sites, such as the Zollverein Coal Mine Industrial Complex in Essen, and more typically castles, such as those in Eisenach, Berlin and Potsdam.

Cultural institutions like the Margravial Opera House in Bayreuth and archeological sites in Trier are also World Heritage Sites.

Six German sites are natural: the mudflats of the Wadden Sea, ancient beech forests in several federal states, the landscape park Bergpark Wilhelmshöhe in Kassel, the Garden Kingdom of Dessau-Wörlitz, the Muskauer Park and the Upper Middle Rhine Valley. You can find a summary of German UNESCO Heritage Sites and travel tips here.

5. Which sites are on the List of World Heritage in Danger?

The List of World Heritage in Danger includes all the sites that are particularly endangered, damaged or destroyed. There are currently 48 sites is on this list. They are endangered by wars, vandalism, terrorism, natural disasters, or urbanization. Among the sites that grabbed public attention this year were cultural monuments in Syria, as well as the former oasis city of Palmyra. 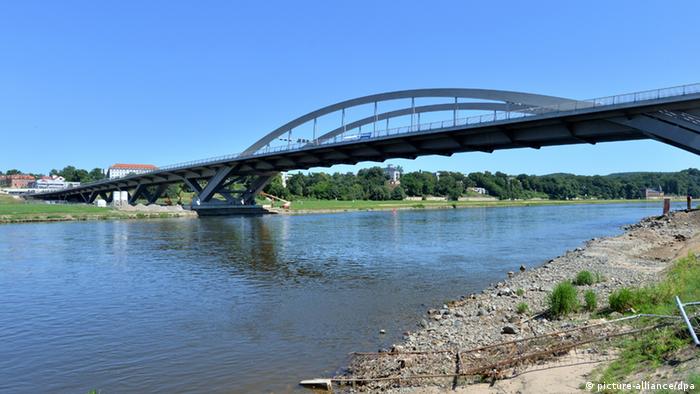 Due to this bridge in Dresden, the Elb Valley lost its status as a World Heritage Site

6. Can a site lose its heritage site status?

Yes, although, so far, this has happened only twice as, obviously, no state would voluntarily give up this status. In case of conflicts, or admonitions from UNESCO, a solution can usually be worked out. But that's not always the case.

In 2009, Germany lost a Heritage Site, the Elb Valley in Dresden, after a four-lane bridge, the Waldschlösschenbrücke, was built in spite of protests by UNESCO. According to the UN organization, the bridge destroys the unique view across the river valley. The move created negative publicity for Germany, as only one other country also lost a Heritage Site: In 2007, Oman lost that status after the protected area of a desert home to a rare antelope was drastically reduced in size.

World Heritage: videos from our viewers

Those who find Berlin too hectic tend to move to Potsdam. Frederick the Great also appreciated the tranquility, the wide open spaces and the water. But Potsdam is so much more than a mere green suburb of Berlin. (09.06.2016)

UNESCO World Heritage Sites in Germany open their doors to visitors on the first Sunday in June. The country is home to 39 such designated places in total. DW presents 10 of the most spectacular buildings and sites. (01.06.2014)