The Rolling Stones are the grand old men of rock. In Germany, the band had fans from the very beginning- on both sides of the Iron Curtain. In communist East Germany, though, the fans had a somewhat more difficult time. 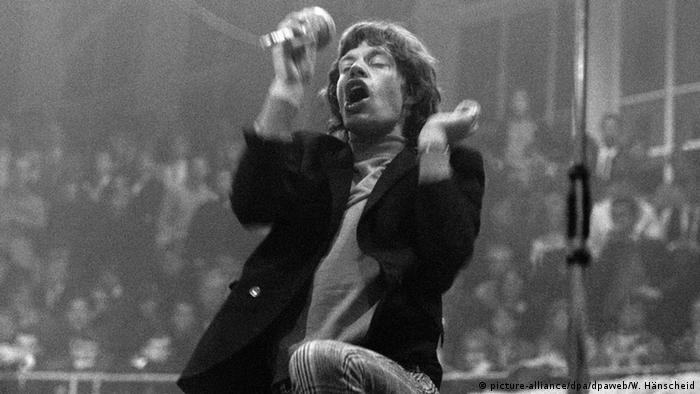 Wuschel is one of the lead characters in the 1999 novel The Shorter End of Sonnenallee. Author Thomas Brussig describes the everyday life of a group of teenagers in East Germany in the late 1970s. The music from the West was only available on the black market and at horrendously expensive prices. But that only added to its popularity among young people. 'Beat music' had been officially rubber stamped as subversive and the GDR government was afraid that modern rock and pop would stir the already simmering discontent of young people. 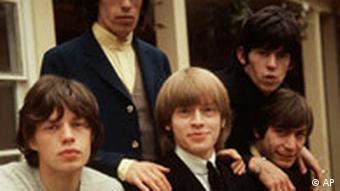 Too wild for communist East Germany: The Rolling Stones

Walter Ulbricht, from 1950 to 1971 head of the communist party's Central Committee, went on record asking "is it really necessary that we have to copy any crap that's coming from the West? I believe, comrades that the monotony of that 'yeah-yeah-yeah,' and what not, should be stopped."

Yet radio DJ, Günther Schneidewind, nonetheless grew up listening to yeah-yeah-yeah. He was the host of the GDR youth radio station, DT64, which was permitted, now and then, to also play music from the West - though not just anything. Until 1982, the Stones were on the index of music that was not allowed. The only way to listen to the band was to secretly listen to radio from the West. "The Stones had long hair, they made extremely loud music and they even made a lot of money with that - it was clear that young people idealized them," Schneidewind said. "The official youth ideals in the GDR were based on socialist morals and ethics and were posted in each and every class room. This was completely the opposite of what the Stones were about. Authorities saw a real danger that young people might get rebellious. 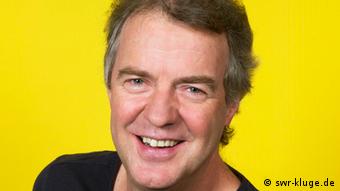 Schneidewind says the Stones played a part in toppling the GDR

And indeed, the Rolling Stones did have an impact. Many teenagers in the GDR were fascinated by Jagger, Richards and the rest of the band. "They had provided a sense of upbeat get-up-and-go which was unparalleled in post-war East Germany. They simply threw overboard the things that were being preached in schools and official places." In 1968, when the US and Europe saw student riots, the Stones lyrics also got more and more political. The song "Street Fighting Man" is a good example, although the band did not endorse violence with the lyrics. "What can a poor boy do, except to sing for a rock 'n' roll band." But even that was condemned by the ruling elite, says Schneidewind. "Achieving the world revolution - that was to be done by actual fighting! And so, the Stones, or the Beatles, where suddenly branded pacifists and the official line was: 'This is not what we want, this is against our ideology. Period.'"

A rumor with consequences

In 1969, there was a rumor that spread like wildfire: On October 7, the 20th anniversary of the GDR, the Stones were to play on the roof of a West Berlin high-rise building in West Berlin right next to the wall. The idea didn't seem absurd - after all, the Beatles had just before given a concert on the roof of their own record label in London. Hundreds of Stones fans from across the GDR came on October 7 to the Wall to see their heroes. The East German police then blocked the area for the afternoon and evening. But the Stones didn't come, they weren't even aware of the rumor - it had been spread as a joke by a West Berlin radio DJ. 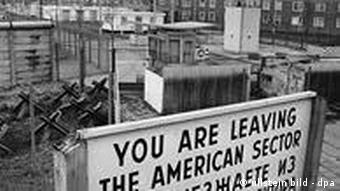 The border between East and West Berlin at Sonnenallee

But the signal was clear: There are rock 'n' roll fans in the GDR and they were not willing to hide any longer. In the years that followed, the government somewhat loosened the rules on music from the West. In 1982 an LP with selected songs by the Rolling Stones was released on a GDR record label. In August 1990, after the fall of the Wall but before reunification, the Stones played their first and only concert in East Germany. "This was of course a signal: Now the political changes were irreversible. When even the Stones had made it to East Germany, the wheels of history would not turn back," Schneidewind said, describing the mood at the time.

Music as the engine of change

For many GDR citizens, it was the desire to listen to music from the West, which added to their wish to live in a free society. "The people got mesmerized by what the Stones did. They read the lyrics and discovered the literary concepts and found philosophical ideals beyond Marx and Engels," Schneidewind says. Did the Stones and other bands from the West contribute to the fall of the Berlin Wall? Schneidewind is sure that they did. "Many claim that art does not lead to changes in society. But I believe it can."

Wuschel, the character in the Sonnenallee novel, had to wait for another few years until he got his copy of Exile on Main Street. He eventually gets the LP - but when being shot at by a border guard near the wall, it is the vinyl under his jacket that saves his life. The bullet breaks the LP but the Stones fan survives.

Berlin caught between remembering, moving on

How many memories of a dark past should a city preserve? It's a question Berlin struggles with constantly, says DW's Louise Osborne. (04.05.2012)

In December 2011 Eisenhüttenstadt experienced a little shake up. The cause was Tom Hanks. Since his visit the small eastern German industrial town has seen some changes. (28.03.2012)

For the first time ever, both Germany's chancellor and president are from the former East Germany. But otherwise, German society has been dominated by western German elites – is a sea change at hand? (23.03.2012)