Rohingya vs. Facebook: What are the chances of success?

Rohingya refugees are seeking $150 billion in damages from US social media giant Facebook. Experts agree such lawsuits are important as a precedent — but what prospects do the Rohingya have of winning? 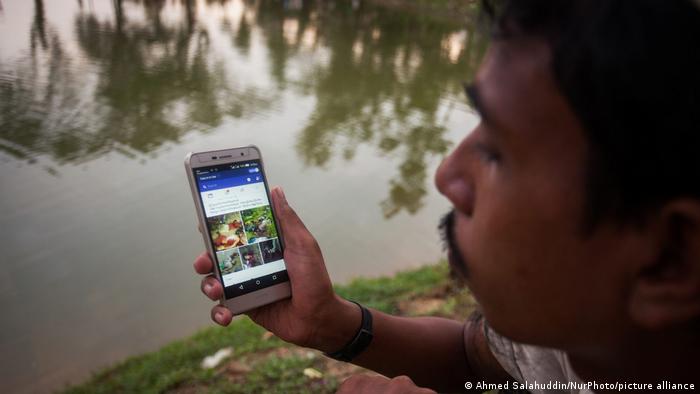 A Rohingya refugee looks at Facebook on his smartphone: The platform has enormous importance in Myanmar

In August 2017, tensions escalated between Myanmar's Buddhist majority and the Rohingya, a Muslim minority that lives mostly in the country's northwestern state of Rakhine. Prior to that, the militant group "Arakan Rohingya Salvation Army" (ARSA) had carried out a number of attacks on police stations and border posts.

The Myanmar military responded with a massive operation in the course of which some 700,000 Rohingya fled to neighboring Bangladesh. According to a study by the aid organization Doctors Without Borders (MSF), at least 10,000 Rohingya were killed.

While the military operation was underway, a huge number of posts appeared on Facebook calling for murder and violence against the Rohingya. Comments like the following were shared and "liked" thousands of times: "We have to fight against [the Rohingya] the way Hitler did against the Jews, damned Kalar!" A picture showing Rohingya refugees on a overfilled boat was given the caption: "Pour on gas and light it so they get to Allah faster."

In Myanmar, "Kalar" is a pejorative term for people from the Indian subcontinent. Many people in Myanmar see the Rohingya as illegal immigrants, even though many Rohingya have been living in the country for decades. 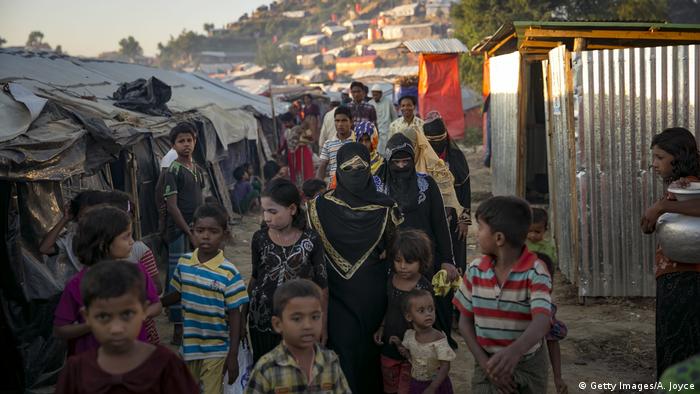 Hundreds of thousands of Rohingya have fled to neighboring Bangladesh

At the time, human rights organizations such as Amnesty International (AI) and Human Rights Watch (HRW) criticized Facebook for not doing enough to prevent such hate speech being promulgated on its platform. Facebook admitted its failures in November 2018, when an independent commission set up by the company found, "Facebook has become a means for those seeking to spread hate and cause harm, and posts have been linked to offline violence."

US and UK lawsuits

Despite that admission, the company has faced no legal consequences to date. But that could soon change. Two class-action lawsuits have now been filed against Facebook and its parent company, Meta.

A lawsuit in the US accuses the company of being prepared to sacrifice the lives of Rohingya people as it tried to extend its market dominance in the South Asian country. Another class-action suit has been lodged with the UK's Supreme Court. The plaintiffs are demanding $150 billion (€133.1 billion) in total damages.

The plaintiffs' problem is that under current US law, Facebook and Meta cannot be held liable for content posted by their users. Facebook is not considered the author or creator of the posts but merely as a platform providing infrastructure for content. This is laid out in the Communication Decency Act (CDA) of 1996.

That is why the plaintiffs are calling for the case to be heard under Myanmar's laws, which do not provide such liability waivers. Anupam Chander, an expert for the global regulation of new technologies at the Law Center of Georgetown University in Washington, DC, told DW, "[t]hey chose that strategy because it's really their only hope in the United States, because the basic claim against Facebook is founded on the content of users using Facebook and on, potentially, its amplification by the Facebook algorithms."

He confirmed, however, that Facebook and Meta cannot be held liable for this under the above-mentioned law. Chander told DW that US courts will hear claims arising under foreign law "in very special cases" but would not ignore US law while doing so. 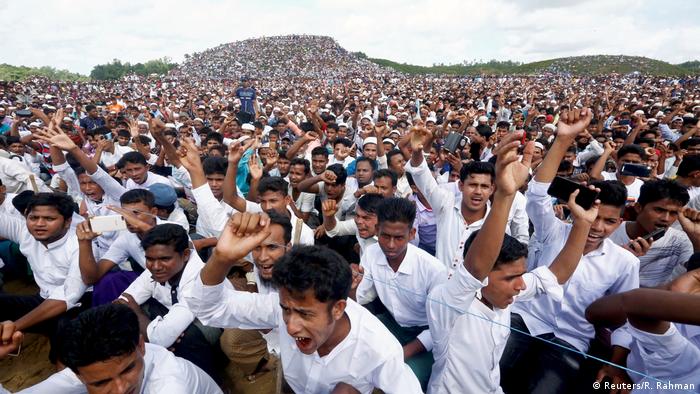 Rohingya refugees have rallied on the anniversaries of the exodus from Myanmar, as here in August 2019

Chander declined to say whether the plaintiffs' prospects were better in the UK. He pointed out that the case involved accusations against a foreign company (Facebook/Meta) for offenses committed in a foreign country that are to be tried under foreign law.

"So this is a triple foreign suit from a UK perspective, and some courts may be more receptive and others will be less receptive to those questions," he said.

Important signal in any case

Even if Chander sees little chance the plaintiffs will be successful with their lawsuits, he nevertheless finds what they are doing important.

"This lawsuit, I think, does something positive, which is again it brings us, brings attention to the fact that Facebook is really critical to the lives of people across the world," he said, pointing out that Facebook was virtually synonymous with the internet in Myanmar in particular.

He is sure that the complaints by Rohingya representatives will lead to more such trials in similar cases and said he welcomed the fact, because this would force Facebook to do better work in Myanmar and other societies around the world. 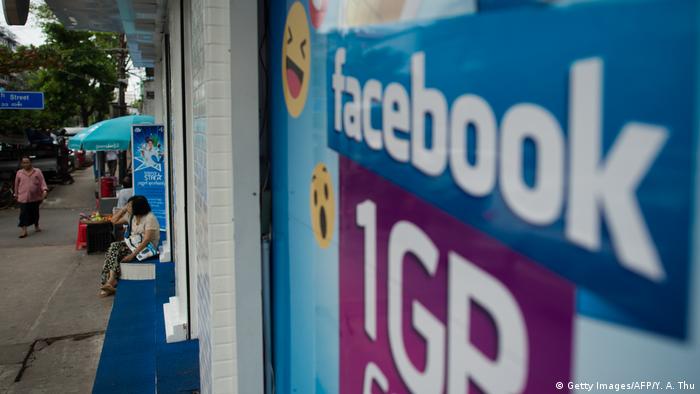 Facebook is the most important social media platform in Myanmar

Facebook responded in writing to an inquiry from DW as to what the company had done since August 2018 to deal with hate speech and incitement to violence and murder in Myanmar. "We’ve built a dedicated team of Burmese speakers, banned the Tatmadaw [Myanmar military], disrupted networks manipulating public debate and taken action on harmful misinformation to help keep people safe. We've also invested in Burmese-language technology to reduce the prevalence of violating content," a Facebook spokesperson wrote.

The most recent update to the above-mentioned measures, the blocking of companies that are connected with the Myanmar military, came on Tuesday, the day the lawsuits were filed. Mark Farmaner, director of the NGO Burma Campaign UK, told DW that news of the lawsuit filings had obviously prompted Facebook's action.

"I was in discussions with Facebook only a few weeks ago about these pages. They were still adamantly refusing to take them down," he said. "They've known all along that these pages were used to promote military companies, to raise money to help fund the crimes the military commit."