He wrote music history with Pink Floyd. With The Wall he created his musical life's work. Now Roger Waters is 75 – and he hasn't softened with age.

German state broadcasters declared in summer 2018 that they would not be broadcasting Roger Waters' concerts when he came to Germany as part of his "Us & Them" tour. The sensational show covered some of his greatest hits, but Waters does not hold back with his controversial political attitude; during his concerts, he has been known to make anti-Israeli statements.

He did just that at his two sold-out concerts in Berlin in June. The Musikexpress later wrote that: "Without the big show in the Mercedes-Benz Arena, he would have simply seemed like a confused old anti-Semite who somehow got lost on one of the biggest stages in the city." But the audience did not find it a laughing matter. The majority in the audience thought it thoroughly spoiled the concert and many left the arena with boos or in an embarrassed silence.

Read more: Calls to boycott Roger Waters due to anti-Semitism

Too political and anti-Semitic

For the most part, music fans tend to find political statements by engaged musicians a good thing. Many are committed to values ​​that stand for a peaceful coexistence: human rights, anti-racism or — especially in Germany — take a stance against right-wing extremism. Waters' criticism of Israel, however, goes too far for many; they accuse him of anti-Semitism. Fans are not impressed by Waters' urging fellow musicians to cancel scheduled concerts in Israel.

Waters is one of the most outspoken members of the BDS Movement— an organization that operates worldwide under the slogan "Boycott, Divestment and Sanctions" and denounces above all the oppression of the Palestinians in Israel. The campaign started in 2005 in light of Israeli occupation policy and calls for the exclusion of Israel from international organizations and a complete cultural boycott of the country. On the grounds that through their appearances in Israel, musicians were supporting an unjust regime with policies comparable to apartheid in South Africa, the BDS movement puts artists and musicians under massive pressure.

The singer Lana del Ray has just canceled a concert at the Israeli "Meteor" festival after Waters put her under considerable pressure on social media ahead of the event. She is not the only one who has experienced that in recent years. 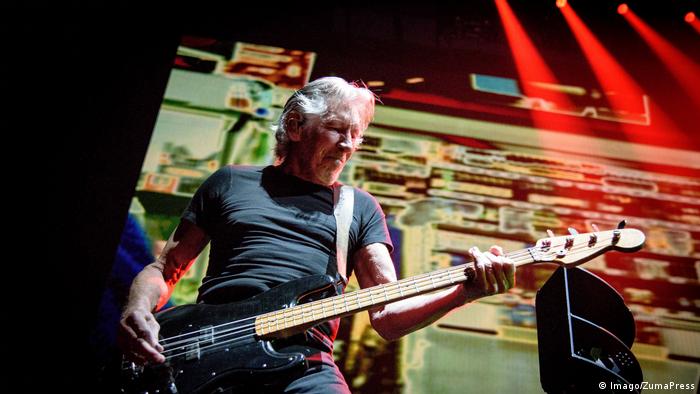 It is just in Roger Waters' nature to make people uncomfortable. Often melancholy, his lyrics are peppered with cynical social criticism. His view of modern society is always pessimistic – something reflected in his songs. And it's not without reason. As a one-year-old child, he lost his father in World War II and grew up with a mother who demanded a lot from him. That would make anyone tough.

Waters was not yet 20 when he discovered American blues and folk music: songs with electrifying rhythms and socio-critical lyrics. It inspired the young Roger to teach himself how to play guitar. In 1965, he founded the group Sigma 6 with his buddies Nick Mason on drums and Rick Wright on the keyboard, the group which later went on to be called Pink Floyd. Singer Syd Barrett was brought on board and their first albums were released. Barrett could not handle the fame; he became addicted to drugs and left the band in 1968. David Gilmour became the guitarist for Pink Floyd with Waters on bass.

The iconic Pink Floyd albums Meddle, Wish you Were Here and the record The Dark Side Of The Moon were written in the 1970s. Almost all lyrics on three albums are by Roger Waters; on later albums he also composed most songs. The strongest is his artistic signature on the albums Animals (1977) and The Wall (1979). By the time The Wall was released, it was clear that the band was no longer able to properly tolerate each other. 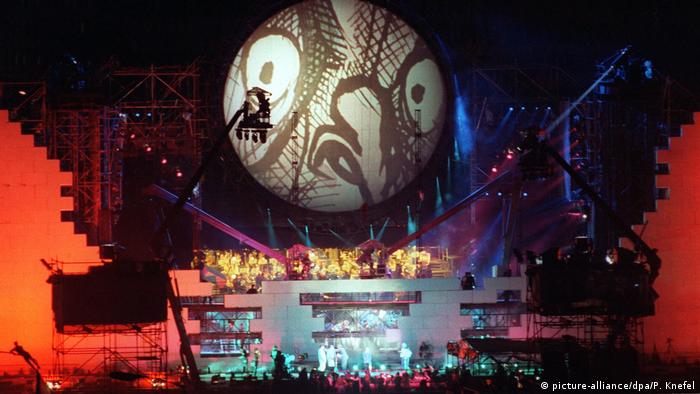 The break with Pink Floyd

Gilmour and Waters especially bickered about how to continue musically. Ultimately, however, it was the sensitive keyboardist Rick Wright who decide to leave after being caught in the band's crosswinds.

Although Roger Waters' increasingly went solo, the remaining band reunited on the 1983 joint production The Final Cut (which included the note, "Written by Roger Waters, performed by Pink Floyd," almost as if it were Waters' first solo album. The straw that broke the camel's back came in 1985 when Waters left the band and wanted to dissolve it. Gilmour and Mason wanted to continue under the band name and a years-long legal battle ensued. Waters grew annoyed with Pink Floyd's continued success and they eventually came to an agreement out of court.

Waters continued his solo career, releasing a few albums and finally touring the world with The Wall – for which he has obtained the sole performance rights. In 1990, he staged The Wall on Berlin's Potsdamer Platz to coincide with the occasion of the fall of the Berlin Wall. Numerous internationally known artists, including Van Morrison, Bryan Adams, Joni Mitchell, Sinéad O'Connor, the Scorpions and Tim Curry took part; 250,000 spectators were there and the spectacle was broadcast worldwide via satellite.

Over the years, Roger Waters has become more and more political; he openly scolds media outlets, criticizes governments (China, the Bush administration), complains of increasing economic constraints and disinformation. He gave a charity concert for the victims of the 2004 tsunami and finally returned to the stage with Pink Floyd in 2005 for a good cause: Bob Geldof's Live 8 concert.

Waters continues to fight war, abuse of power and surveillance; in his crosshairs at the moment are the Israeli government, President Trump and Facebook CEO Mark Zuckerberg. As an aside: Waters uses his Facebook page, among other things for his BDS activities.

But even if his political activities strongly polarize and his — although successful — solo productions cannot build on the earlier success with Pink Floyd, the bottom line is that Roger Waters is a brilliant musician who has written music history with his work.

Pink Floyd has a new album - with old material. The mere announcement of its release caused a sensation, even though the musical contents were kept under tight wraps. The cover alone offered plenty to talk about. (07.11.2014)

One of the original founders of Pink Floyd, Roger Waters is no longer a part of the band. Even without Pink Floyd, he is one of the most successful musicians of our time and continues to put on bombastic shows. (05.09.2018)