Armed robbers successfully broke into the national mint and escaped from the scene with centennial coins worth millions of dollars. Local media suspect government officials helped the thieves. 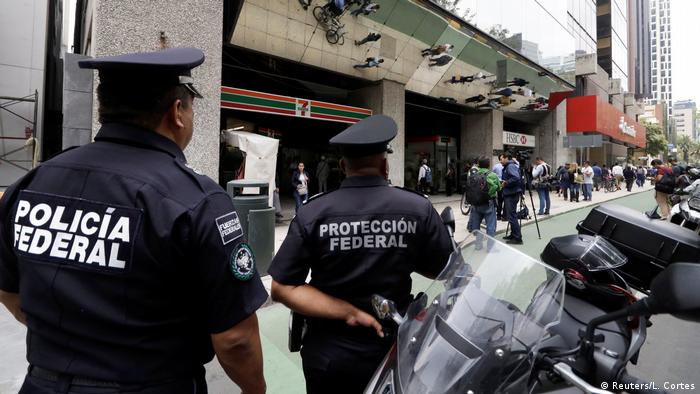 Mexico's security ministry announced on Tuesday that an armed group of robbers broke into the nation's mint, stealing the equivalent of 50 million Mexican pesos (€2.23 million, $2.5 million) in gold coins.

The announcement came after sources from the Department of Finance and Public Credit confirmed the crime to news agency EFE.

According to a Mexico City police report, two people, one with a firearm, broke into the mint after throwing a security guard to the ground and taking his gun.

One of the robbers then went to an open vault and filled a backpack with 1,567 gold coins. The robbers then carried the gold centennials directly from the scene.

Officials from Mexico City's Secretariat for Citizen Security are currently in the testimonial process of the case.

Officials from the government coin manufacturer are suspected of assisting the robbers.

The Mexican Mint is an independent agency of the federal government and is responsible for producing the country's money.

The gold centennial coin was minted for the first time in 1921 to commemorate the first 100 years of Mexican independence. While production was discontinued in 1931, it resumed in 1943 due to growing demands for gold at the time.

However, this is not the first time that the mint has been the target of a heist.In June 2018, four armed men stole ancient silver and gold coins worth around 3 million Mexican pesos from the mint during a renovation.