New figures suggest as many as 93.7 percent of all crimes go unreported or uninvestigated across Mexico. But general crime rates for 2015 were down 13 percent, although the number of murders rose sharply. 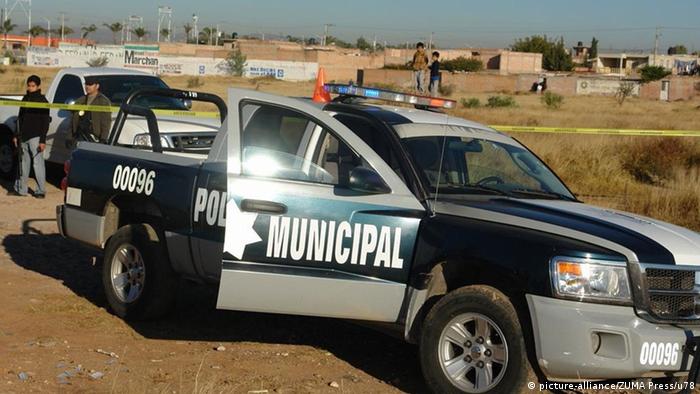 The embarrassing figures, published by the National Institute of Statistics and Geography (INEGI), showed that less than seven percent of all crimes in Mexico were properly investigated last year.

The number of unsolved crimes was up 0.9 percent on 2014, and the second highest since the survey began in 2010.

But the crime survey, which was conducted in March and April, did show a 13 percent fall in criminality compared to the previous year, with an estimated 29.3 million crimes committed in 2015.

But while common crime levels, such as robbery and assault fell, the number of murders climbed sharply, the "Wall Street Journal" (WSJ) reported.

The paper cited the same survey as showing that the number of victims of crime had risen two percent to 23.3 million.

The WSJ reported that muggings, attempted extortion and car theft remained the most common crimes. The number of kidnappings fell by more than a third.

Analysts said that the nationwide roll-out of judicial reforms, which was passed in 2008 to speed up the handling of crime cases, had been patchy. The survey, which was published Tuesday, estimated that the cost of crime and insecurity was about $12.22 billion (10.9 billion euros) per year, or 1.25 percent of the country's gross domestic product (GDP).

It also revealed that close to two-thirds of Mexicans chose not to report crimes last year, due to a distrust of the police.

Mexico is desperately attempting to tackle the rise in the number of murders, many of them related to the country's infamous narcotics gangs. In August alone, the country witnessed 1.938 homicides.

Since 2007, more than 100,000 people have died in drug-related violence. Thousands more have disappeared.

Separate figures reported by local media in the central Mexican state of Guanajuato showed that an average of 600 trains were robbed every month.

On the same day as Mexico's crime survey was released, a security summit in Argentina revealed that nearly 135,000 people were murdered in 2015 across Latin America and the Caribbean.