Dutch authorities have detained seven people over one of the world's biggest ever jewelry heists. Some 67 million euros worth of diamonds and jewels were snatched during a holdup at Amsterdam's airport 12 years ago. 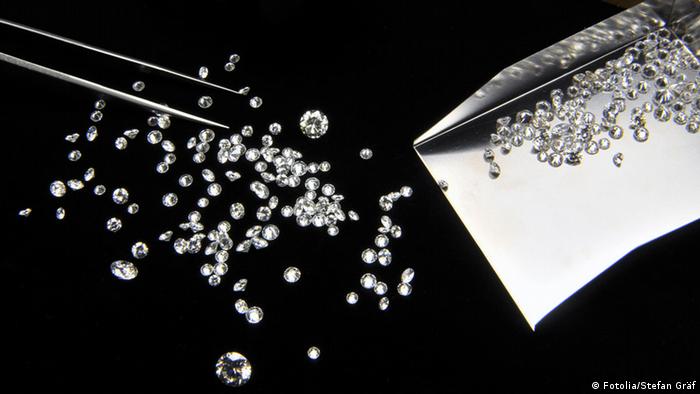 Royal Marechausse police issued a statement Saturday saying five men and two women were detained Friday and Saturday on suspicion of money laundering and involvement in the armed robbery.

French police have detained more than a dozen suspects connected to the robbery of Kim Kardashian. Thieves stole millions of dollars worth of jewelry from the reality star in Paris last year. (09.01.2017)

Two sisters from Qatar have been robbed of cash and valuables worth some 5 million euros ($5.3 million) on a Paris highway. Police say the thieves used tear gas to subdue the women before pilfering the rented Bentley. (22.11.2016)

The Swiss police are searching for three men who stole a large amount of cash, jewelry and precious stones during a daylight robbery in Zurich. The suspects fled on foot after threatening staff with a gun. (20.02.2016)

Armed robbers hijacked an armored car belonging to the airline KLM at a high-security area of Amsterdam's Schiphol airport on February 25, 2005. They made off with diamonds worth an estimated $72 million (67 million euros). Part of the haul was quickly recovered from the getaway car, but the police said diamonds worth $43 million remained missing.

It was one of the world's biggest ever heists. Nobody was physically hurt in the attack, even though the robbers were armed. A few months afterwards, five men were detained as suspects, but they were later released due to a lack of evidence.

Police said the seven suspects detained Friday and Saturday were all Dutch nationals. They were tracked down with the help of new information which had come to light in the past year. They were arrested in Amsterdam and the eastern Spanish coastal city of Valencia.