Bolivia has accused Chile of establishing a military base near their common frontier and a disputed river. Chile denies the charge as tensions ratchet up between the South American countries. 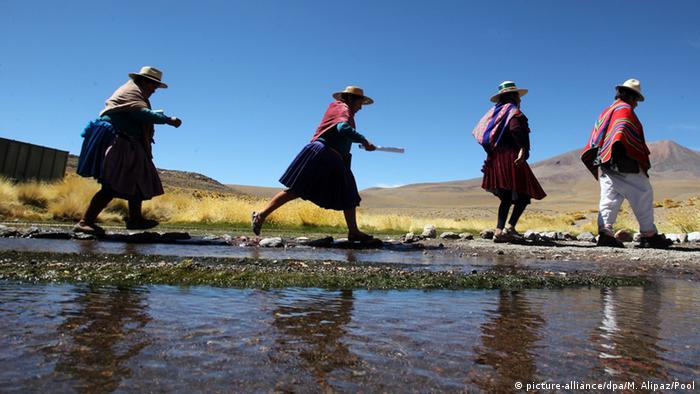 Bolivian President Evo Morales accused Chile on Sunday of setting up a military base 15 kilometers (9 miles) from the border and close to the disputed Silala River. He said international norms prohibit most military bases less than 50 kilometers from a common boundary.

"This installation is an aggression to the life, homeland and to Bolivia," Morales said.

Chile vociferously denied the claim and accused the government of lying.

"It's a totally unfounded accusation of the Bolivian president," the Chilean Foreign Ministry said in a statement. "The supposed military installation does not exist."

Morales threatened in late March to go to the International Court of Justice in Hague to resolve a dispute over rights to the Silala River which crosses the frontier. There has been a long running dispute over access to its water.

A long-running dispute over a river 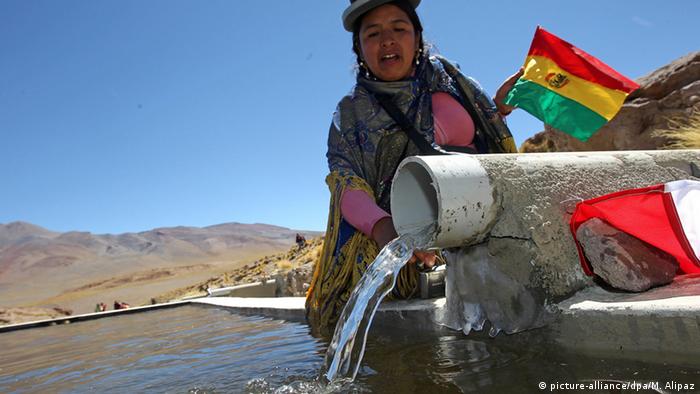 The farm, built in 2013 by the Bolivian military, uses waters of the Silala River. Chile insists that the Silala's waters are international while Bolivia considers it a domestic resource

Morales is facing increasing domestic pressure partly over an unfolding scandal involving a former girlfriend, which the Chilean foreign ministry hinted could be at the root of his decision to draw its neighbor into a conflict.

"Bolivia's government is again looking to divert attention away from its domestic problems with false claims against Chile," the ministry said.

But Bolivia's maritime claim over the river is strategic with historic roots. The Andean country remains landlocked and seeks access to the river which flows in coastal Chile. In 2013 the international court in The Hague declared that Chile had an obligation to negotiate a sovereign access to the Pacific Ocean.

Bolivia lost its rights to unfettered sea access after a war in the 19th century.