Bryan Stevenson: 'We're still compromised by the legacy of slavery' 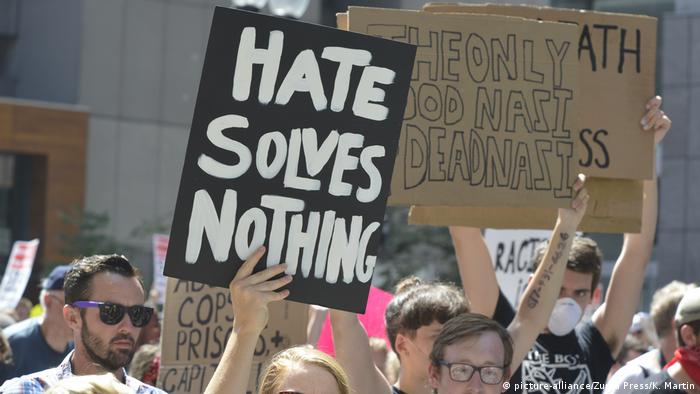 DW: Your focus is on the reform of the US criminal justice system. What needs to be done to ensure equal rights for all?

Bryan Stevenson: We first have to declare an end to this misguided war on drugs. We had politicians half a century ago arguing that people who suffer from drug addiction and drug dependency are criminals in need of criminal justice response.

People suffering from addiction dependence have a health problem. We need a health care response, but this instinct to put people who are dealing with drug addiction in jails and prisons is what led to the US becoming the country with the highest rate of incarceration in the world. That has all kinds of collateral consequences for the poor because we have a criminal justice system that treats you better if you're rich and guilty. 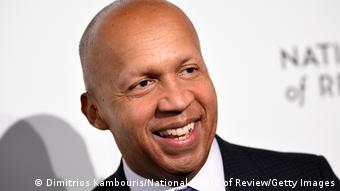 More specifically, what are some of the steps that you believe need to be taken?

It would be an important first step to create a system that could be better managed to deal with the other issues that we have in our long history of racial inequality and racial injustice. It has meant that people of color are also vulnerable to wrongful convictions and unfair treatment. We're going to have to deal with that, and then I think we're going to just need to take a more responsible approach to managing people who commit crimes.

We engage in a lot of extreme punishments in America. The United States government has already executed eight people this year despite the COVID-19 pandemic, and it speaks to the system we have for delivering extreme and harsh punishments, which is not effective in improving public safety, and I think violence, basic human rights, all of those things we can address and maybe turn things around.

President-elect Joe Biden has just nominated a fair number of diverse people to his new Cabinet. What does its diversity mean for non-whites?

Reaffirm the commitment we made some time ago to recognize the importance of a diverse society of leadership. We have a long history of racial inequality in this country. We are still compromised by the legacy of slavery, the legacy of the genocide against indigenous people, the tragedy of lynching and racial violence directed at millions of African Americans.

We have not really confronted that history of racial hierarchy, that history that was designed to sustain the ideology of white supremacy, that grew out of that history that still manifests itself in who leads, who gets an opportunity… So we have to be firm in our effort to change. It's going to take a commitment to remedy these problems, which is why Cabinet appointments, political appointments should be intentional in trying to increase the role of women, increase the role of racial minorities who have been long excluded and marginalized.

Read more: Juneteenth: Celebrating the end of slavery in the US

What does it mean that Kamala Harris is the first not only female but, non-white vice president?

It's very significant, and I think you create a great opportunity to break down some of the other barriers that we still see in our country. There's a presumption for Black and brown people in America that you're dangerous and guilty. There is a reason why police violence has become so challenging and emotional and difficult for people to witness.

We have to commit to truth-telling about our history, we have to talk about things we haven't talked about before and I'm interested in this new era of truth and justice, not because I want to punish America for slavery or lynching. I want to liberate us, I think there's something that feels more like freedom, it feels more like justice waiting for us. We can't get there if we're unwilling to acknowledge the problems.

We have a criminal justice system that will treat you better if you're rich and guilty than poor and not guilty. That's unacceptable in a first world democracy. We have the highest rate of incarceration in the world, 6 million people on probation and parole, 70 million Americans with a criminal arrest history. You project that one and three Black male babies born in this country is expected to go to jail or prison — that has to change if we're going to be a thriving society and a healthy democracy. A healthy economy is going to need to address these issues and I think someone like Kamala Harris as our vice president signals a new day.

What's the media's role? How have they held up during the Trump era and what do you think they need to do going forward?

I don't think there's any question that media around the globe have been compromised by this increasing tolerance of non-truths, that we are living in an era where someone can say something that is completely false — but it will be embraced, it will be repeated, it will influence the thinking and behavior of people.

It says something really troubling about the era of communication that we have now entered. I don't think traditional media has helped when they have pandered to sensational coverage because it gets more viewers, and I think it's going to really require a commitment from the truth-telling and ethics in media if we're going to recover from this.

I am very worried about the creation of false information and websites and online news reporting, even traditional reporting that has a point of view so organized around a political party.

The people who watch the news end up confused and uninformed about what's happening in the world. You see that with the COVID crisis. When you have people who are literally dying on ventilators and are still denying that COVID-19 is real, that's tragic because it's costing lives, and I do think media and communication has a role to play.

Read more: Disinformation and propaganda during the pandemic

Bryan Stevenson is a leading US civil rights lawyer aiming to reform the country's criminal justice system to ensure equal rights for all. Stevenson has dedicated his life to the pursuit of racial equality and challenging the historical legacy of institutional racism in the United States. He is one of the laureates of the Right Livelihood Award 2020, also known as the alternative Nobel Prize.

Reporter: Radical militias in the US

Radical militias in the US