US: Several states back drug reforms in referendums

Initiatives to decriminalize the use of marijuana and some psychedelic drugs are set to pass in Washington DC, New Jersey, Oregon and Arizona. Montana and South Dakota are also voting on similar legislation. 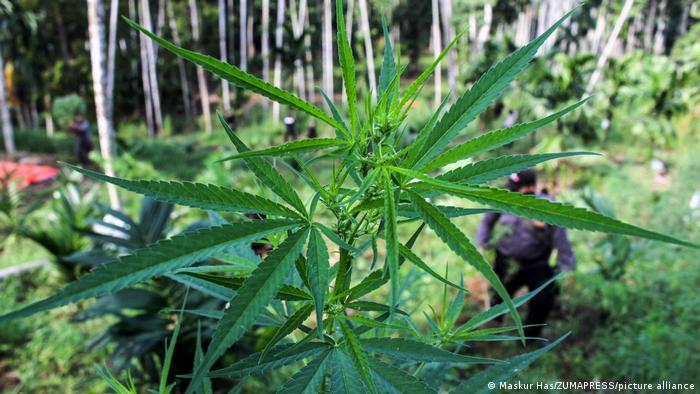 Oregon also became the first US state to approve therapeutic use for psilocybin, a hallucinogenic drug known as "magic mushrooms." The state also voted to decriminalize several hard drugs, including the possession of small amounts of cocaine and heroin.

Citizens in the US capital of Washington DC voted 77% for effectively legalizing various psychedelic plants and mushrooms, according to the board of elections.

The initiative would lower the enforcement priority for the non-commercial possession, sales and cultivation of these substances.

In New Jersey and Arizona, voters approved measures to legalize marijuana for recreational use.

New Jersey looks set to join almost a dozen other states in legalizing recreational cannabis, though a number of experts have said it could take over a year until adults would be able to buy the drug in the Garden State.

Montana and South Dakota were also set to decide on whether to pass similar legalization.