Richard Thaler has won the 2017 Nobel Prize in Economic Sciences, rounding off this year's Nobel awards. Although not one of Alfred Nobel's original awards, it is widely seen as equal in honor. 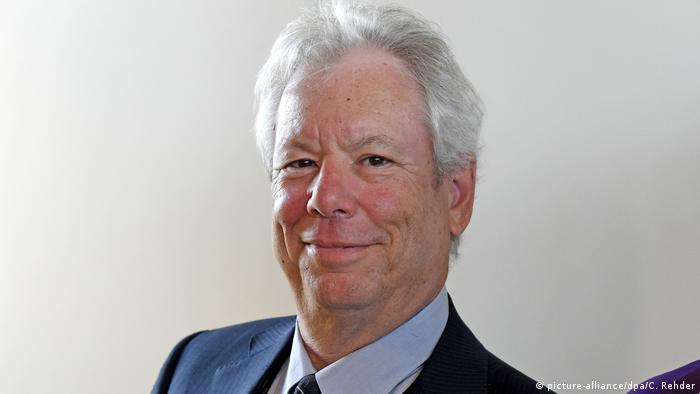 The 2017 Nobel Prize in economics has been awarded to Richard H. Thaler, an American academic at the University of Chicago known for his work in behavioral economics.

The Royal Swedish Academy of Sciences announced the award on Monday morning, saying that 72-year-old Thaler had won the prize for his pioneering work at the interface between economics and human psychology.

"His empirical findings and theoretical insights have been instrumental in creating the new and rapidly expanding field of behavioural economics, which has had a profound impact on many areas of economic research and policy," it said in a statement.

Read more:  The Nobel Prizes - what you need to know

The prize, formally known as the Severiges Riksbank (Bank of Sweden) Prize in Economic Sciences in Memory of Alfred Nobel, is not one of the original prizes mentioned in the will of Nobel (1833-96), the Swedish inventor of dynamite who instigated a series of awards in medicine, physics, chemistry, literature and peace.

Thaler is seen as being at the vanguard of the field of behavioral economics, a once fringe field of research which has developed into a major component of modern economics studies. 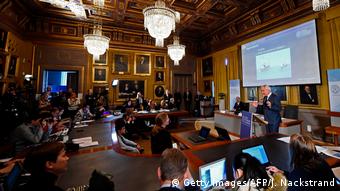 "By exploring the consequences of limited rationality, social preferences, and lack of self-control, he has shown how these human traits systematically affect individual decisions as well as market outcomes."

A native of New Jersey, Thaler is a career economist currently serving as the Ralph and Dorothy Keller Distinguished Service Professor of Behavioral Science and Economics at the University of Chicago Booth School of Business.

The prize is seen by many as a high watermark of achievement in economic research, but some critics have contested its validity, maintaining that it honors a science undeserving of the name.

Even one well-known recipient of the prize, Friedrich Hayek, has voiced reservations, saying that the award could risk giving a handful of economists a dangerous amount of influence.

However, it is broadly considered as being equal to the other Nobel awards, and its winner also attends the presentation ceremony.

Only one woman, Elinor Ostrom of the United States, has won the economics prize to date. Last year, it went to British-born economist Oliver Hart and Finnish economist Bengt Holmstrom for their work on contracts.

The Nobel awards are scheduled to be presented in Stockholm, Sweden on October 10, the anniversary of Nobel's death.

The International Campaign to Abolish Nuclear Weapons has been awarded this year's Nobel Peace Prize. The organization was chosen from among more than 300 nominations. (06.10.2017)

The Swedish Academy has honored British novelist Kazuo Ishiguro with the prestigious literary award. Ishiguro's best-known works include "The Remains of the Day" and "Never Let Me Go." (05.10.2017)

Three US astrophysicists have been awarded the 2017 Nobel Prize in Physics for their first observation of universal gravitational waves. Albert Einstein first predicted the existence of the waves more than a century ago. (03.10.2017)