The Swedish Academy has honored British novelist Kazuo Ishiguro with the prestigious literary award. Ishiguro's best-known works include "The Remains of the Day" and "Never Let Me Go."

Kazuo Ishiguro was revealed as the 2017 Nobel Prize in Literature on Thursday at a ceremony in Stockholm. In its announcement, the Swedish Academy praised the Japanese-born British writer as someone, "who, in novels of great emotional force, has uncovered the abyss beneath our illusory sense of connection with the world."

After announcing Ishiguo as the 2017 literature laureate, the Academy's Permanent Secretary Sara Danius described the writer as a "brilliant novelist" and a "deeply original author who has developed his own novel aesthetics."

Upon learning that he had become the prestigious literary award's 110th winner, Ishiguro told the BBC that it was "flabbergastingly flattering."

"It's a magnificent honor," the prize-winner said, "mainly because it means that I'm in the footsteps of the greatest authors that have lived, so that's a terrific commendation." Nobel Literature laureates are considered to be the world's most influential authors.

"I'll be deeply moved if I could in some way be part of some sort of climate this year in contributing to some sort of positive atmosphere at a very uncertain time," Ishiguro added.

His publisher Faber & Faber also celebrated the win on Twitter.

Ishiguro is one of the most highly regarded authors in the English-speaking literary world. He is the author of eight novels and numerous scripts for film and television, as well as song lyrics. He is known for works that deal with memory, time and self-delusion, the Academy said. The 62-year-old's most famous novel, "The Remains of the Day" (1989) was made into a movie featuring Anthony Hopkins. In "Never Let Me Go" (2005), Ishiguro ventured into a dystopian world set in the past but containing futuristic elements.

His most recent novel, "The Buried Giant" (2015), mixes fantasy and history. It is set in Britain during the age of King Author and features multiple characters providing perspective on the action that unfolds in the tale.

In a 2015 interview with DW , Ishiguro said he doesn't concern himself with packaging his work into a specific genre. "When I try to write a book I'm never really thinking very conscientiously about genres," he said. "How I write is that I start with an idea that I very much want to express.

Ishiguro was born in Nagasaki on November 8, 1954 and moved to England at the age of five, where he eventually earned a Masters in creative writing after a stint in music. He became a British citizen in 1982.

Though Ishiguro set his first two novels, "A Pale View of the Hills" (1982) and "An Artist of the Floating World" (1986) in post-WWII Japan, he has said that Japanese literature has not had a major impact on his writing. However, he believes that his growing up in Surrey in a Japanese-speaking family heightened his self-awareness and shaped his career trajectory. "If I’d grown up in Japan, I doubt I would ever have become a writer," he told the Japanese Times in a 2001 interview.

Prior to winning the 2017 Nobel Prize in Literature, Ishiguro had been honored with four Man Booker Prize nominations, taking one home in 1989 for "The Remains of the Day."

Ishiguro was selected from a total of 195 proposed candidates, who the Academy then narrowed down to a short list of five. Other rumored top contenders included Ngugi wa Thiong'o of Kenya, Haruki Murakami of Japan, Margaret Atwood of Canada, Israeli author Amos Oz, and the Syrian-born poet Adonis, though the shortlist is kept secret for 50 years after the award's announcement. 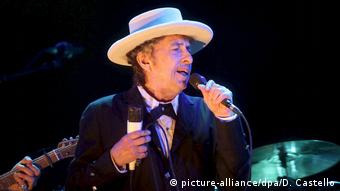 A step away from last year's controversy

The Academy's 2017 selection marks a return to a more conventional awardee. Last year, the Academy controversially awarded the Nobel Literature Prize to American musician and songwriter Bob Dylan. Many criticized the decision, arguing that song lyrics did not constitute literature.

In 2015, the award went to Belarusian non-fiction author Svetlana Alexievich.

The laureate takes home a prize of nine million Swedish kronor ($1.1 million, €937,000) and will be publicly honored at an official award ceremony this December 10 in Stockholm.

The literature prize, part of a series of Nobel awards, was funded by the Swedish philanthropist and inventor of dynamite, Alfred Nobel. According to his 1895 will, the literature prize should go to "the person who shall have produced in the field of literature the most outstanding work in an ideal direction."

The first Nobel Prize in Literature was awarded in 1901. Since then, the honor has been bestowed 109 times to 113 laureates; the prize has been split between two recipients on four occasions.

The 2017 Nobel Prizes in chemistry, medicine and physics were announced earlier this week. The Nobel Peace Prize will be announced on Friday and the recipient of the prize for economics, established not be Nobel himself but in memory of him, will be made known next week.

Who are the potential laureates for the prestigious literary award? After last year's controversy surrounding Bob Dylan, the Swedish Academy is expected to go with a more traditional choice. (04.10.2017)