The Nobel Prize in Chemistry was won by three researchers for the development of cryo-electron microscopy - a method of simplifying and improving the imaging of biomolecules. 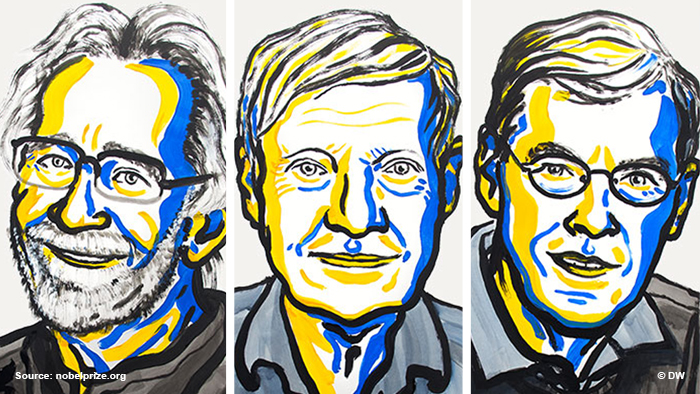 The Royal Swedish Academy of Sciences announced the winners, Jacques Dubochet from Switzerland, German-born Joachim Frank and Scottish-born Richard Henderson, as winners of the 2017 Nobel Prize in Chemistry.

Cryo-electron microscopy, the academy explained is "a cool method for imaging the molecules of life."

"This method has moved biochemistry into a new era," the academy added.

"Researchers can now freeze biomolecules mid-movement and visualize processes they have never previously seen, which is decisive for both the basic understanding of life's chemistry and for the development of pharmaceuticals." 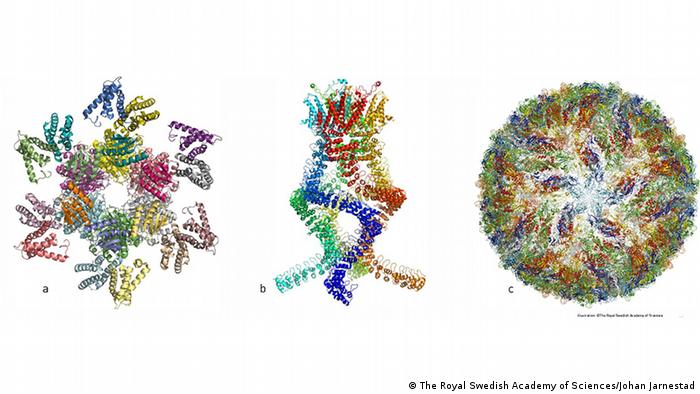 Left, a protein complex that governs the circadian rhythm. Middle, a sensor of the type that reads pressure changes in the ear and allows us to hear. Right, the Zika virus

In 2016, the chemistry prize was also shared between three researchers — Jean-Pierre Sauvage, Sir J. Fraser Stoddart and Bernard L. Feringa "for the design and synthesis of molecular machines."

On Monday, the Nobel Prize for Medicine was awarded to American trio Jeffrey C. Hall, Michael Rosbash and Michael W. Young for their work on circadian rhythms, often referred to as our body clocks. 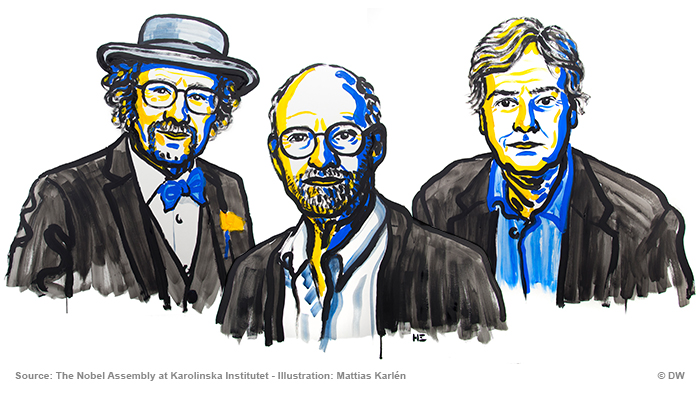 The Nobel Prize in Physics was awarded Tuesday to three US astrophysicists for their contributions to the first detections of gravitational waves. 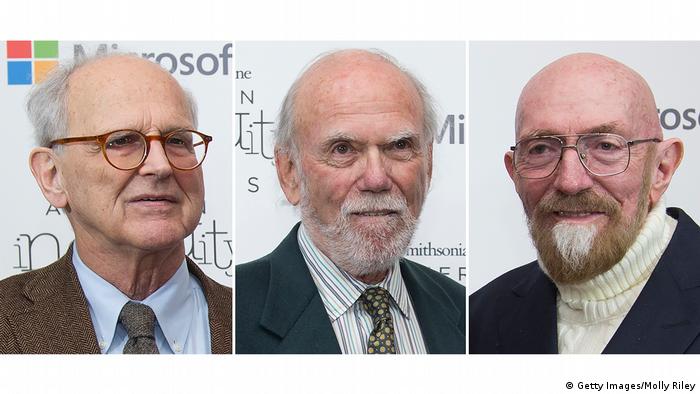 Albert Einstein predicted the existence of gravitational waves more than a century ago.

Thursday sees the announcement of the winner(s) of the literature prize, and the much-awaited peace prize winner(s) will be announced on Friday.

Spectrum: Physics Nobel Prize for the discovery of Gravitational Waves

The 2021 Nobel Prize in Physics has been awarded jointly to Syukuro Manabe, Klaus Hasselmann and Giorgio Parisi for "groundbreaking contributions to our understanding of complex physical systems."

The molecular biologists have won the 2021 Nobel Prize in Physiology or Medicine for their discoveries of receptors for temperature and touch, the Nobel Committee has announced in Stockholm.