Review: the Blackphone 2 is 'private by design' but how does it handle?

Mobile security and privacy are important - hacks and surveillance are on the rise. But with the two main phone makers, Apple and Samsung, on the slip, where to turn? Well, you could try joining the Silent Circle. 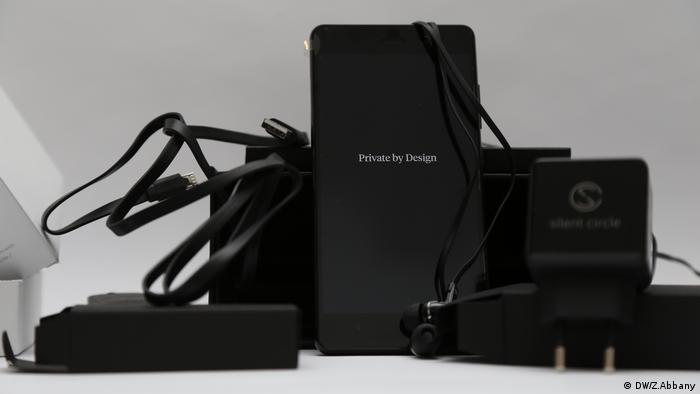 Full disclosure: I've been using Apple devices since the mid-1990s. My first was a grey plastic laptop with a 3.5 inch floppy drive. I am so locked-in, I think I must have thrown away the key myself. But I have an open mind. Which is good, because I've grown increasingly weary of the Cupertino mob's focus on consumer whizz-bangery. And its music app … aaah! Stop syncing what ain't there.

So I've been wondering: what would be my alternatives?

The iPhone 7 is pretty ordinary as new technology goes, and perhaps the slow sales prove it. A Samsung, running Android? No, thanks. Not after the Galaxy Note 7 burnout, and Android is a "fragmented" operating system (everyone's running a different version) - and it's just too Google for me. What about a Huawei, HTC, Blackberry, Sony, or even a Fairphone? No. I want something that's fit for work, low on frills, and secure. A "Merkel phone" perhaps? Yes, perhaps. That's a Blackberry running SecuSUITE encryption software. The German government uses more than 10,000 of them. All right.

But then I remembered the Blackphone 2 (BP2). It's made by Silent Circle, whose co-founder and chief scientist is Phil Zimmermann. Zimmermann created PGP and ZRTP, two standard bits of encryption software. 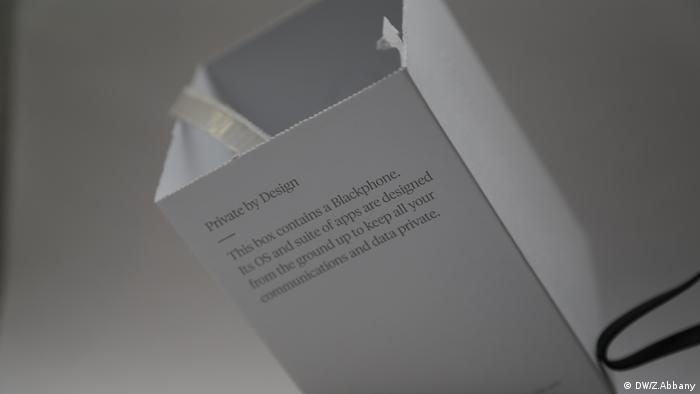 Private by Design: it's what's "written on the tin"

Their Silent Phone and Silent Text apps scored seven out of seven on the Electronic Frontier Foundation's original "Secure Messaging Scoreboard," and the phone itself looks fairly no-nonsense. Nice.

If you're wondering, Blackphone? What's that? The BP2 is an "enterprise" device - it's aimed at businesses more than the average consumer. In the US, Silent Circle has targeted business, government and military users. It is, as the slogan goes, "Private by design."

Out of the box, the BP2 is a lot less slippery than my iPhone. Nice again. But it feels a little too light to be true. The power adapter even feels hollow. The BP2 takes a nano SIM, which is handy, as so does the iPhone.

So the first thing I did was insert my SIM card. The tray is similar, too, but flimsy. It looked like the plastic was about to break off. That said, it has room for a microSD.

The phone turns on and delights with a 5.5" FullHD Gorilla Glass display and nerdy, networky graphics.

Blackphone 2 runs Silent OS on top of Android v6.0.1 - which means it probably dodged the Gooligan malware, which went for earlier versions. Silent OS is what they call a "hardened" version of Android. It's made for the Enterprise market, with secure, encrypted end-to-end communication its calling card.

Once you're through the basic setup, you're faced with a "Home Space," where the Silent Phone app and Google services are pre-installed. If you want to make calls with Silent Phone, you have to set up an account, and you can only call other members of the "Silent Circle." And you'll need to pay for a monthly plan. But there is a normal phone app as well. 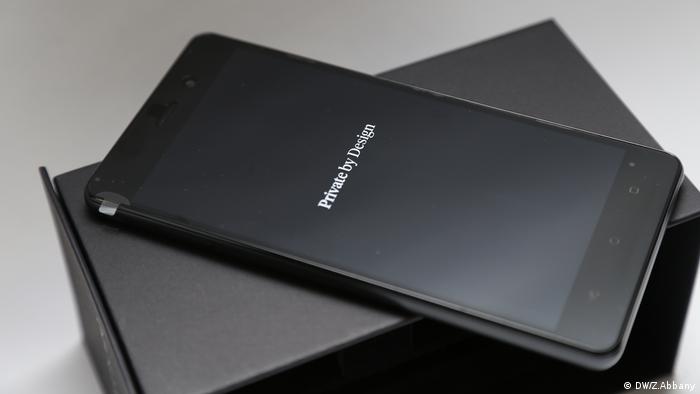 The BP2 fits well in the hand and it's not heavy, but perhaps not heavy enough

You can set up multiple spaces, with only the apps you want. I created one without Google services - a Silent Space - it's the most secure you can get. And there's a Security Center for managing your various spaces. You may, for instance, want to keep your work and private lives apart and lock them with different passwords, passcodes or patterns - but only one or the other. Silent Circle missed an opportunity for two-step authentication here. But you can share files between spaces, and switching between them is simple.

The function is not entirely unique to the BP2. Samsung Knox also has a "sandboxing" feature that allows you to keep different layers of the device separate from each other and thereby reduce vulnerabilities.

But I still don't understand how the BP2 handles permissions. When you open an app, it asks you for a string of permissions - allow or deny. Okay. But say you open the camera and you deny permission for it to use location services, the app simply closes. No camera. 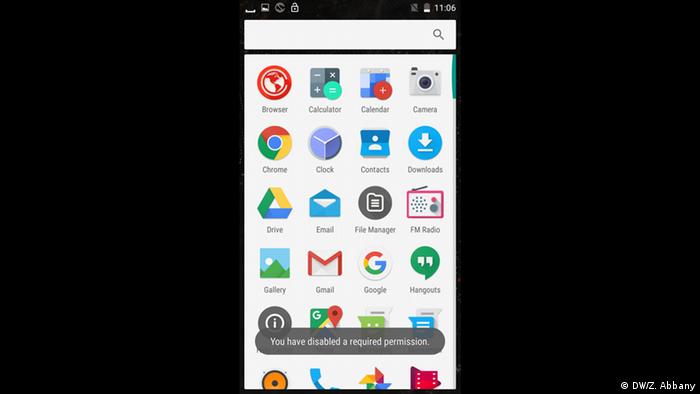 Permissions: if you don't allow everything, your phone becomes a brick

And my question is, why ask for my permission if I have to agree to everything anyway? I asked two sales execs at Silent Circle and I'm still waiting on an answer.

Open up Silent Phone to call another Silent Circler. Search for their username in the app and start a call. You'll both see a message to verify your IDs. You get two words. The call initiator says one, and the recipient says the other. Then you talk or video conference, with end-to-end encryption. You can "drag" other people into the conference. It's easy in theory. But in practice I found the experience fiddly and unintuitive. The line over WiFi seemed to drop for split-seconds here and there and the front camera produced unimpressive video. The back camera, despite its 13 megapixel rating, is not that hot either. My pictures looked dull. 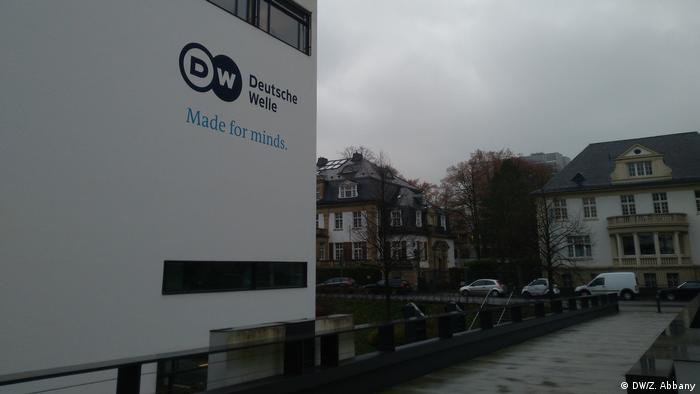 Outside Deutsche Welle on December 2. Captured by the BP2 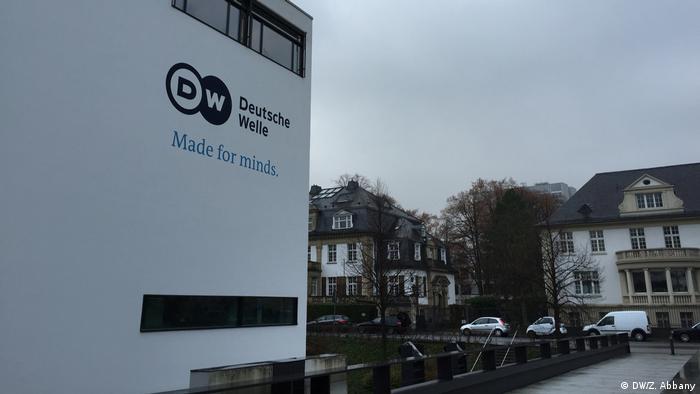 To drag other people into the call, you put existing callers on hold - and everything goes totally silent. But not how I imagine Silent Circle wants. It feels like the call is dead. If you're on a business call, that silence would be deafening.

Messaging is neat on the BP2. It includes an auto-destruct function like the Wickr app. You can set them to burn from 1 minute to 90 days. If you burn a message on your device, it burns on the recipient's device too.

I tried pairing the BP2 to my Mac, but they repeatedly failed to find each other - even though they were side-by-side. It comes with tiny headphone buds, of which I'm no fan generally, and these don't sound great either. 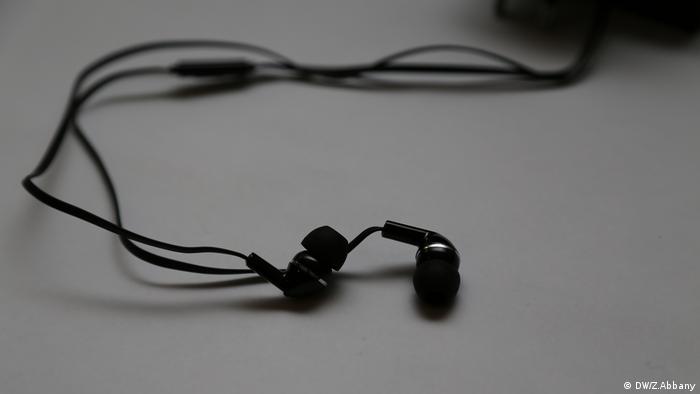 It's good they still have faith in headphones, though, and the plug fits well, which is more than can be said for older iPhones. As for the charger, the mini USB plug feels too tight for comfort. You might do some damage trying to get it out. Oh, and it does seem the fast charge battery de-charges pretty fast, too, on standby. I didn't test this specifically, so I may be wrong, but it certainly looked that way.

You can try Silent Phone on an iPhone or other Android devices. And don't forget there are other encryption apps, like Signal. So try and compare.

The BP2 is not consumer gear and Silent Circle says this means it can avoid typical consumer product cycles. They don't feel they have to release new hardware every year. But perhaps in 2017, we'll see a BP3, and it may be the one for me. Alas, the BP2, is not.

With little support from his government or people, one Indian activist is challenging the popular messaging app's use of encryption. Though the Supreme Court just dismissed his case, he is determined to push on. (29.06.2016)

Encryption for the people: Telekom and Fraunhofer unveil 'Volksverschlüsselung'

A new program unveiled in Germany promises full, end-to-end encryption for emails sent by even the most technophobic internet users. Deutsche Telekom and the Fraunhofer research institute collaborated on the software. (29.06.2016)

Have we cut a Faustian pact with network providers and content platforms, relinquishing privacy for the pleasures of a "fingertap of desire"? Maybe. But Internet expert Monica Horten says it's not too late. (08.04.2016)

The governments of Hungary and Poland are the only EU member states to have used the Pegasus software to spy on their critics. Now, Hungarian journalists who were targeted have filed the first lawsuits against the state.