Just two years after the traumatic defeat to Manchester United in 1999, Bayern Munich became champions of Europe for the fourth time. It’s a story of recovery, revenge and redemption. 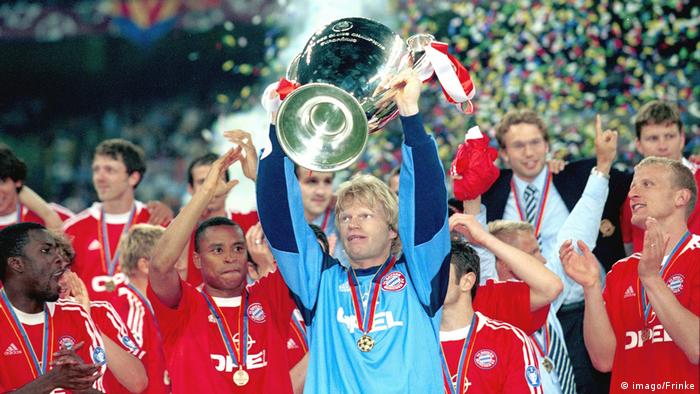 In the English-speaking world, the infamous words of Sir Alex Ferguson have become synonymous with events in the Camp Nou on May 26, 1999. But in Germany – well in Munich at least – that night in Barcelona conjures up very different memories.

"Another corner … we're in the 93rd minute. Why? Only [referee Pierluigi] Collina knows," said RTL commentator Marcel Reif, the resignation in his voice almost suggesting he knew what was coming.

"… And there it is. Solskjaer. That cannot be. And Bayern only have themselves to blame, I'm sorry to say."

In the space of 102 injury-time seconds, Manchester United had scored twice to come from behind and beat Bayern Munich and complete a historic treble.

For United, it remains the most glorious night in the club's history, an achievement unmatched in English football. For Bayern, it was a moment of unparalleled trauma which shook the club to its very core.

‘The mother of all defeats'

"From heaven to hell in a minute,” said Karl-Heinz Rummenigge. "I kept staring at the clock, the game was over,” recalled Uli Hoeness. Goalkeeper Oliver Kahn called it "the mother of all defeats."

Stefan Effenberg's incomprehension expressed itself as physical inability, as German magazine 11Freunde later documented. The Bayern captain had absent-mindedly downed three bottles of water on his way to UEFA's anti-doping test, but still he didn't need the bathroom.

After a fourth bottle, Effenberg's body did "perform” – albeit in the wrong direction. "I was so exhausted and empty that I'd just thrown bottle after bottle of water down me,” he said. "It was obviously going to come out eventually, one way or the other."

At the post-match banquet in the Barcelo Sants hotel, some of his teammates had also turned to drink, the alcoholic sort. Indeed, Mario Basler, whose sixth-minute goal for Bayern seemed a lifetime ago, had never really stopped.

"I'd been sat at the bar until half past three the night before the game," Basler admitted later, adding: "Looking back, I always say that I actually did win the Champions League, since I was taken off in the 89th minute!" 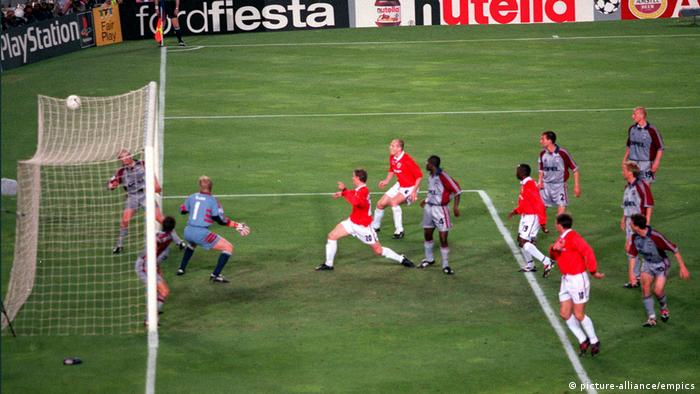 The color of his medal tells a different story though. Within six months, Basler had been sold to Kaiserslautern. A few months after that, Lothar Matthäus, whose substitution in the 80th minute had robbed Bayern of their stability on the night, was also gone. He never won the Champions League, either.

Effenberg, on the other hand, had swerved the doomsday party and spent three hours discussing the match in his room with striker Carsten Jancker, who had hit the bar with a bicycle kick. He only had one thought, he recalled: "I want revenge! That defeat gave me the kick I needed to say: I want to get back to where we were today, and I want to win!"

"It is understandable that we feel defeated and disappointed and empty," he told reporters upon the squad's return to Munich. "But there is so much suffering in the world - war in Kosovo, hunger in Africa. It really was just a game.”

Hitzfeld also had the trust of the hierarchy.

"If we had won, we would have had to let Otto go!" club President Franz Beckenbauer joked. "Now we have more motivation. It will be difficult to get back to a final, but this team isn't going to fall apart; it's going to grow closer together."

Bayern's chance for revenge would come soon enough when they faced United again in the 2000-01 quarterfinal. Much had changed in two years.

Ahead of kickoff at Old Trafford, they raised a toast to their relationship in Ferguson's office, but the friendship was put on hold as Bayern took control of the tie. A late away goal gave them a 1-0 win as they ultimately progressed 3-1 on aggregate.

Reigning champions Real Madrid were disposed of in the semifinal, as Bayern set up a date with destiny in Milan's San Siro. 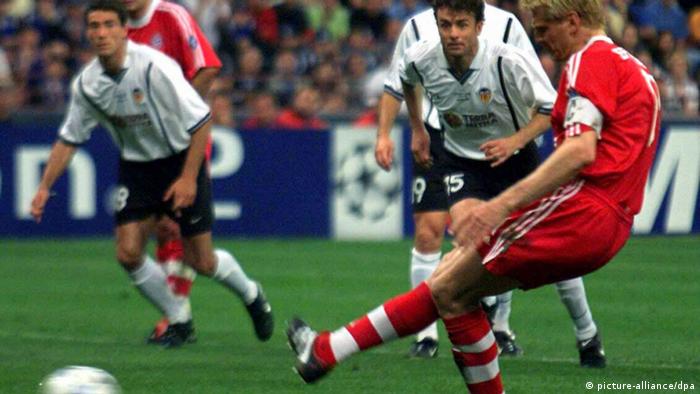 On the road to redemption: Stefan Effenberg draws Bayern level against Valencia in the 2001 Champions League final

Opponents Valencia were also looking to make up for defeat in the previous year's final and took an early lead with a penalty but Bayern, whose matchday squad featured 12 of those who had been in Barcelona two years earlier, struck back after halftime – captain Effenberg also converting from the spot.

Still level after 120 minutes, the tie went to penalties, where Kahn saved three times to exorcize his own personal demons and hand Bayern the trophy.

"The defeat in Barcelona helped bind us together as a team and boosted our self-confidence," said Effenberg. "I don't know if certain players would have stepped up in 2001 had they not suffered the experience of 1999."

It had taken two years of recovery and revenge to arrive back at the gates of The Promised Land, but Bayern finally had their redemption.