Reunion′s stolen children are still looking for answers | Europe | News and current affairs from around the continent | DW | 17.02.2021

Between the 1960s and 1980s, France took some 2,000 children away from their families in the overseas territory of Reunion and sent them to France. Some of them hope reconnecting with their past will help them heal. 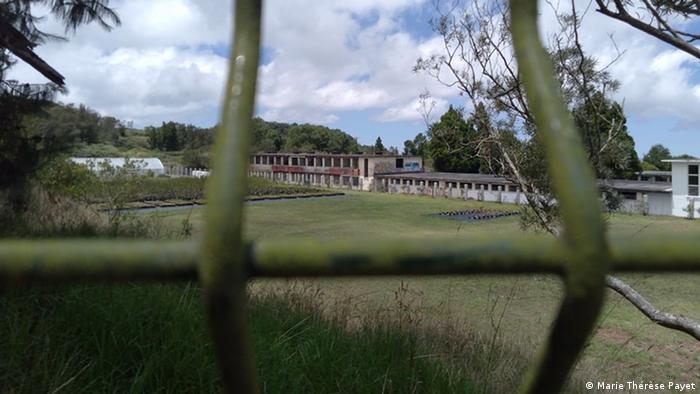 The former children's home in Plaine de Cafres, Reunion, where Emile Benoit Hoarau briefly lived when he was taken away from his family

With his sparkling eyes and smiling face, Emile Benoit Hoarau looks like a man who loves life. He says he's doing well — despite having undergone several rounds of surgery due to stomach cancer. But his smile masks deep scars — left by a traumatic past.

Born into a destitute family in France's overseas territory of Reunion in the Indian Ocean, he lost his father at the age of six. His mother struggled to provide for him, his brother and his two sisters. And so at the age of nine, in 1954, the French government took him away from his family as part of a program to repopulate deserted areas in mainland France, départements such as Creuse in the region of Limousin. In return, the government promised their families the children would enjoy a good education and a better future.

Emile Hoarau's fate was shared by roughly 2,000 other children on the island between the 1960s and early 1980s.

But for many of them, it was the beginning of a seemingly never-ending nightmare.

At first, Hoarau remained in Reunion, living in several children's homes. One of them was located in the sinister-sounding village of Hell-Bourg. The home was surrounded by four-meter-high walls. The children weren't allowed to go out or to see their families.

"It was like a prison," Hoarau told DW. "We weren't allowed to say or do anything. We had to follow the supervisors' orders. If we didn't, they hit us. They had us do hard labor. At one point, we had to carry buckets of cement on our heads and pour them onto a slab to build a swimming pool."

Nine years later, Hoarau was deported to mainland France. But instead of finally getting the education the government had promised, he was made to work as a farmhand.

"We had to milk the cows, clean the pigs' stables, plant and harvest beets and potatoes," he recalled. "The farmers had been told we were dangerous. That we were murderers and thieves. They didn't trust us and treated us like slaves. They hit us at every opportunity."

At the age of 21, after having served in France's armed forces, he was no longer a ward of state, and finally free to lead a self-determined life. He worked hard and managed to build up a successful career as a painter.

Only once did he try to trace his past, only to find out that his mother had already died.

He vowed to bury his memories even deeper and to never look back. 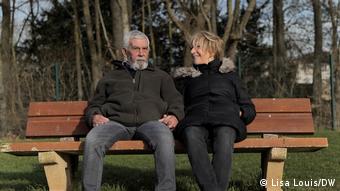 Marie Jo Trier encouraged Emile Hoarau to revisit his past

But a few years ago he met Marie Jo Trier. She soon realized he was troubled. "He had a very short temper and I felt something was wrong," she told DW.

Eventually, he told her his story, and for the first time in their relationship, broke down in tears. His girlfriend suggested he try to reconnect with his roots.

Trier, a retired administrative director, started digging into his background. She sent out hundreds of emails, made phone calls and submitted applications for copies of official documents such as Hoarau's birth certificate.

She still hasn't been able to find out if Hoarau's mother gave him up willingly or if the government took him away without her knowledge.

But her research wasn't in vain. She managed to track down his older sister Marie Therese Payet, who still lives in Reunion. 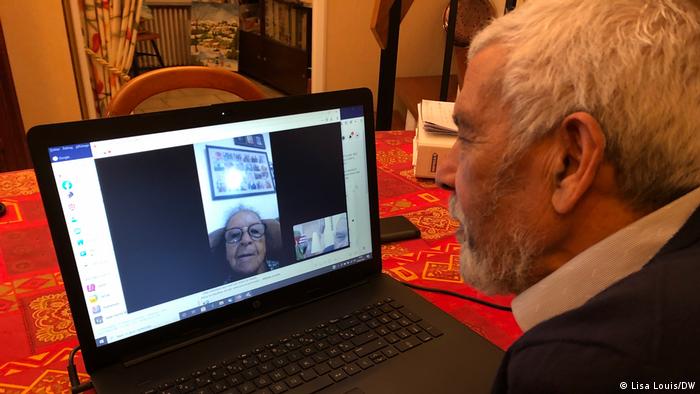 They now call each other daily, often speaking for hours.

"I was always hoping to find him and never gave up my search," Payet told DW.

"Isn't he a good-looking man now?" she laughed. "But he's too far away — I want him to come back here." Hoarau's eyes welled up with tears in response.

In 2014 the French Parliament passed a resolution recognizing its "moral responsibility" to Reunion's stolen children.

The government turned down DW's request for an interview, but a member of the cabinet at the Ministry of the Overseas confirmed that further measures are in the pipeline.

Known as the Children of the Creuse, their story is now to be taught in schools. In the coming weeks, a commemorative sign will be inaugurated at the Paris airport of Orly, where many of the children first arrived in mainland France.

The government has also pledged to provide them psychological support. 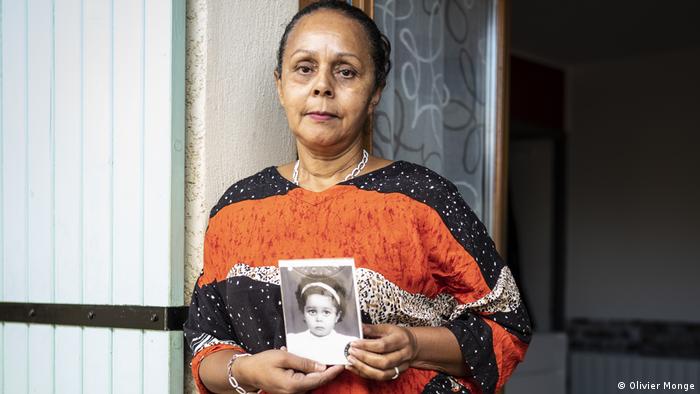 Valerie Andanson heads a group that lobbies for more recognition of the fate of the Children of Creuse, as well as an apology from the government

One of the Children of the Creuse herself, she is the head of a group called "Federation of Displaced Children of France's Overseas departments and regions" (FEDD). It includes 96 people taken away from their families in La Reunion.

Andanson's group has organized trips to the island and is in touch with the government to set up a dedicated museum. She calls what happened an "affair of the state".

"At the time, the birth rate in la Reunion was too high and the government was afraid this could lead to riots," she said to DW. "We want the country to officially apologize to us. That's really important for the healing process."

"The government should pay us damages," he said. "That's a perfectly reasonable proposal. They did us harm. If I robbed or killed someone, I would also be punished."

But he admits that money can never right the wrong done to him and the other children: "It's as though they amputated a leg," he said. "I'll never get it back."

So far, no such payments are planned. The Ministry told DW that the Children of the Creuse could, like other French nationals, apply for social benefits from France's comprehensive welfare system.

Pressing charges against the government does not seem like a promising alternative — several such court cases have in the past been dismissed due to the statute of limitations.

But Emile Hoarau is determined to keep connecting the dots. He's planning on going to Reunion this autumn, for the first time in 50 years. He's looking forward to finally reuniting with his sister — and maybe even finding other members of his family.

Countries like Thailand, Cuba and Turkey are particularly popular with Russian tourists. These destinations face a dilemma as the war in Ukraine has stopped many Russians from traveling.