Forcibly sterilized for being Afro-German 'children of shame'

Starting in 1937, healthy German children were forcibly sterilized for having mixed parentage. A DW documentary sheds light on their fate. 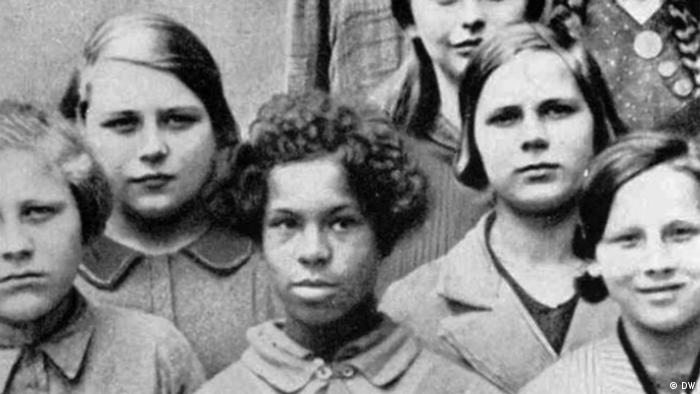 Afro-German children from the Rhineland were forcibly sterilized

Josef Kaiser was 16 years old in 1937 when two Gestapo secret police picked him up and took him to the Ludwigshafen city hospital on the Rhine River. There he was sterilized against his will. His sister and hundreds of other young people suffered the same fate. Their only "flaw"? Being born of Afro-German parentage. A new DW documentary, Children of Shame, tells their story.

French colonial soldiers in the Rhineland

The heinous targeting of these children had its origins 17 years before when Allied forces occupied the Rhineland as part of the war reparations imposed on Germany under the Treaty of Versailles. Of the 100,000 soldiers sent by France in January 1920, about one-fifth were from French colonies including Senegal and Madagascar — where Josef's father was born.

After the loss of the German colonial territories, the presence of black soldiers in the Rhineland was perceived as a humiliation. With the active participation of state and civil organizations, a racist propaganda campaign was launched under the title "Die Schwarze Schmach" (the Black Shame). Via leaflets, pamphlets and articles, these colonial soldiers were portrayed as "savage beasts" who raped and murdered the civilian population. 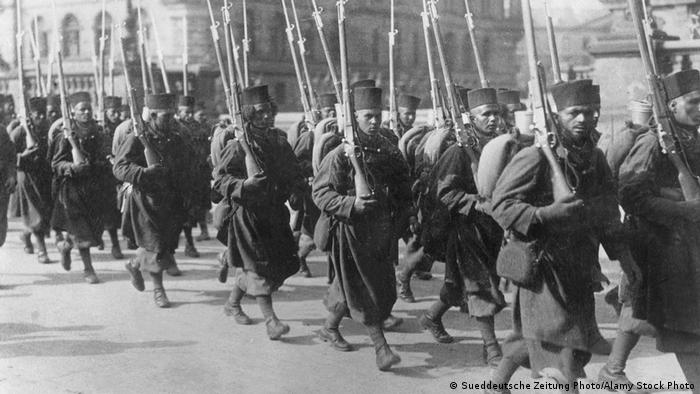 The campaign's supporters were not exclusively from nationalist or conservative circles. Racism and eugenics were deeply rooted throughout German society. Social-Democratic party politicians such as President Friedrich Ebert or Foreign Minister Adolf Köster decried a portion of French troops from the "lowest cultural level" and described the deployment as a "spiritual crime" against the German people. 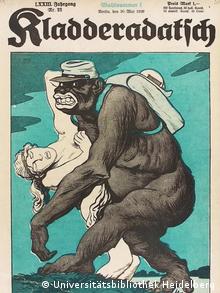 It was a politically-calculated move to use racism to discredit the Versailles Treaty that blamed Germany for World War I and exacted massive reparations. The hope was that international solidarity with Germany would be re-established based on common prejudices.

Although this propaganda was slow to diminish, the hoped-for foreign policy benefits for Germany failed to materialize.

Despite the racist propaganda, numerous love affairs blossomed between colonial soldiers and German women. This was an affront to nationalists who made the "desecration of the German woman" one of their fundamental themes. In the smear campaign, the female body symbolized the German national body and both had to be kept "pure." 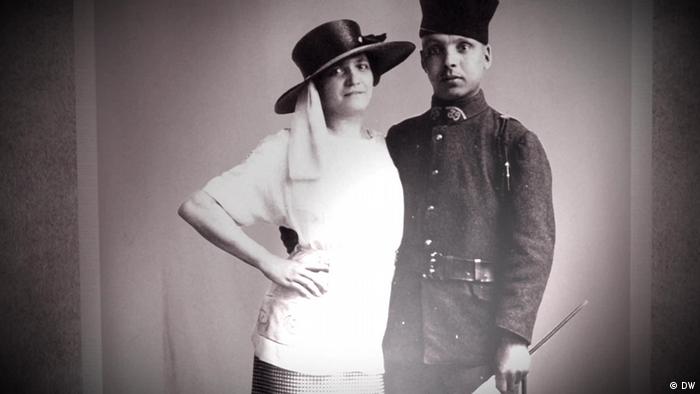 After the First World War, relationships between black French soldiers and German women were taboo

The German propaganda machine reacted accordingly: Women who had relationships with soldiers of African heritage were denounced as dishonorable, a "white disgrace." And children from these unions were derisively called "Rhineland bastards."

These offspring grew up excluded. Their very existence and their darker skin color was a constant reminder to nationalists and revanchivists of their bitter defeat in the war, and of their defenselessness in the face of the Treaty of Versailles demands.

Forced sterilization under the Nazis

As early as 1923, the Weimar Republic authorities began systematically registering these children. In 1927, a government official urged his superiors in the Ministry of Health to consider possibly sterilizing these children using "an entirely painless procedure."

However, when the National Socialists came to power in 1933, the registration of the children was extended. Some were measured and photographed as part of Nazi's racist eugenics program.

Following an order by Hitler in 1937, the Gestapo secret police established a "Sonderkommision 3" (Special Committee 3) that was eventually tasked with the illegal sterilization of the children. Some 436 cases were documented, while the number of unreported cases was far higher.

A trial was conducted two years after the end of Nazi rule. Three doctors, all members of the National Socialist German Medical Association (NSDÄB), were accused of conducting the sterilizations. The charge was intentional bodily harm resulting in the loss of procreative capacity. None of the defendants demonstrated any remorse during the trial. In their defense, they merely argued that they had acted "on the orders of the Führer." 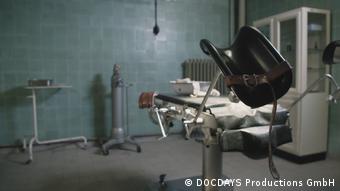 Unsurprisingly, the prosecution was first suspended and later dropped altogether. The three defendants seamlessly reentered German postwar society; one was even elected chairman of the Saar Medical Association a few years later.

Their victims, however, would never live down the abuse they suffered as children. "I had no youth and, because of this operation, no future anymore," said Josef Kaiser.

Avoiding racism: The struggle to use the right words

Who would openly call themselves racist today? Still, racism echoes through even the seemingly most benign words. Literary scholar Susan Arndt has taken a closer look at how racism permeates language and society.