Resistance grows in EU to new Russia sanctions | Europe| News and current affairs from around the continent | DW | 05.09.2014

As the European Union considers tighter sanctions against Russia, some member states raise concerns about effects on their economies - and the temperatures in their living rooms. 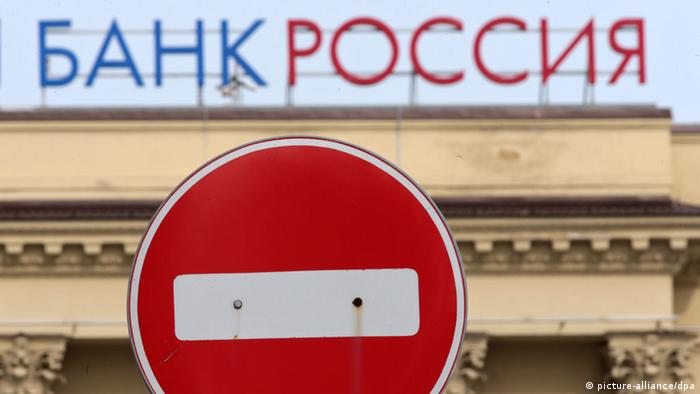 The EU is horrified. It is becoming more and more evident that the Russian military is present in eastern Ukraine - and the number of its soldiers is growing. All offers of talks in Moscow have produced nothing more than a brief respite and a few warm words from President Vladimir Putin, while the Russian advance continued during the negotiations. But EU countries have ruled out military intervention as well as weapons deliveries to the Ukrainian army.

Instead, they want to tighten the sanctions screw even further. The EU has has already reached its third level of sanctions. These affect not only individuals and companies, but entire industries, including finance, armaments and other key technical sectors. For its part, Russia has responded with an extensive embargo on European food that hits some countries hard. 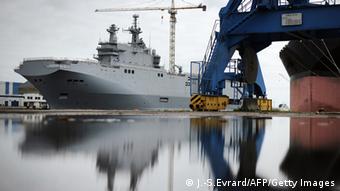 France decided not to deliver the first of two helicopter carriers

Until now, European businesses and trade unions have more or less reluctantly supported the sanctions. But the closer a concrete decision on new sanctions comes, the greater the resistance.

France has stopped the delivery of the first of two helicopter carriers to Russia. The ships were built in a French shipyard, with the first set to be handed over to the Russian navy in October. Although the EU has in fact banned such classical weapons shipments since July, the EU leaders decided France could complete deliveries that had already been ordered.

This is a matter of more than a billion euros that the ailing French industry could well use, but that didn't stop criticism from raining down on the French government before its decision to stop the delivery. Some MEPs even made the desperate proposal that the EU should buy the ships from France to deny Russia such effective offensive weapons.

Only now has the French government taken action. President Francois Hollande said in a statement: "The conditions for delivery are not met. Russia's recent actions are aimed at the foundations of European security."

But Hollande has not ruled out a later delivery. That would be covered by the sanctions, though highly controversial politically.

The problem of gas dependency

Opposition to new sanctions is now coming from Austria, the Czech Republic and Slovakia, among others. Many Austrian banks have extensive business deals in Russia. The Czech Republic fears for its engineering exports. It fears it will be difficult to distinguish between permitted civilian use technology and banned military use equipment. Slovakia, for its part, wants to keep selling steel tubes to Moscow and at the same time is suffering from the Russian import ban for its fruit.

Poland, however, is perhaps even more concerned about food exports, but is willing to accept the downturn in sales. It is among the countries pursuing a particularly hard line against Moscow, partly because Poland still remember its time under the Soviet yoke. Other EU countries have a special problem: Finland and the Baltic states are almost completely dependent on Russian gas supplies and would be directly affected if Moscow turned off the gas tap in retaliation.

Understanding on the left for Putin 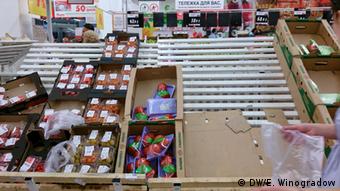 But the opposition to new sanctions, at least at this stage, comes from the European Parliament, even from the highest levels. In an interview with the German daily "Hannover Allgemeine Zeitung," Parliament President Martin Schulz said he was not against further sanctions, but insisted they must not "tear the thread of conversation with Russia in times of crisis."

Schulz said the sanctions already in place hit Russia hard. At present, the focus of efforts was "to avoid an escalation." That sounds like a sign he wants to wait before implementing any additional measures targetting Russia. Social Democrat Knut Fleckenstein advised the EU governments to adopt further sanctions "only after careful evaluation of the progress towards a political solution." Putin's peace plan should be "given a chance."

The Left Party in the European Parliament is vociferously opposed to sanctions. Not only that, the group sees a conspiracy against Putin unfolding. Their foreign and security policy spokeswoman Sabine Lösing said it is not the Russian president who is involved in "saber-rattling," but the EU and NATO: "Putin is being systematically stylized as an ice-cold, megalomaniac weirdo - demonization of political opponents is a well-known means of media manipulation."

The EU also faces the problem of unanimity: Only one of the 28 Member States would have to say "no" to derail enhanced sanctions. The threshold for a decision is thus high. At least outwardly, the EU intends to show both determination and unity. The result may be a decision that tightens sanctions only slightly and doesn't not hurt EU member states too much, but also has little effect on Russia.

Germany still believes that diplomacy is key to solving the crisis in Ukraine. The German position isn't, however, very hopeful. (04.09.2014)