Boko Haram has declared an Islamic caliphate in the northern Nigerian town of Gwoza. African linguistics expert Norbert Cyffer knows Nigeria well: He tells DW people from the town are fleeing to the mountains in fear. 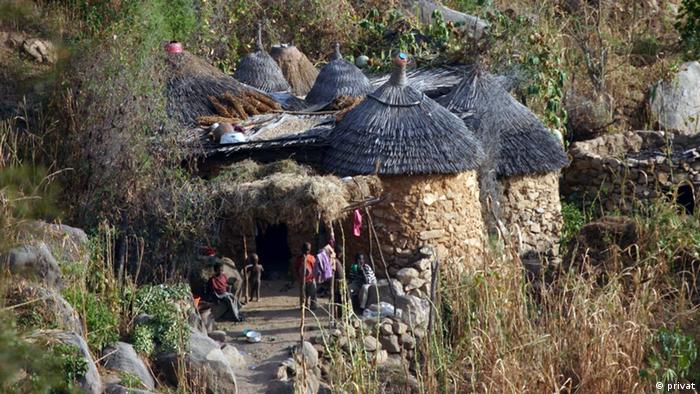 A residence in the Gwoza mountains

DW: In a video released on Sunday, the Islamist Boko Haram militia declared an Islamic caliphate in the northeastern Nigerian town of Gwoza. What does this mean for the people living there?

Norbert Cyffer: For the inhabitants, this is a terrible thing. Not all the inhabitants of Gwoza are Muslims; there are Christians, too, and traditional religions. The population of the region is mixed - culturally and ethnically. I think most people don't support this - rather, they feel threatened. After Boko Haram's last attack, many of them fled to the mountains.

You lived for many years in Borno state where Gwoza is located, and you're in contact with people in the region. Do you know whether any actions were taken following the declaration of the caliphate?

I don't know about that. But we have to remember that these terrorist groups are not homogenous. Many other groups have affiliated themselves with the original Islamic organization. I don't think Boko Haram has a single, unified goal. The situation is more diffuse: some of the fighters are unemployed people from neighboring Niger who were persuaded by the temptation of earning a few dollars.

Why are the people of Gwoza fleeing to the mountains?

The town of Gwoza lies at the foot of a mountain range. The Gwoza mountains are virtually impenetrable. There are no roads there, only footpaths. The rock there is full of niches that make good hiding places. Many inhabitants of the town have ties to the ethnic groups in the mountains. It seems that they're helping them to protect themselves. 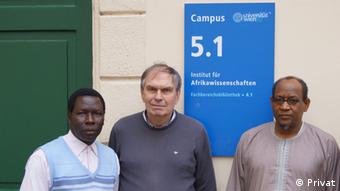 Equally, though, these inaccessible mountains are also seen as a retreat for Boko Haram.

Nonetheless, the only option the inhabitants have is to flee to the mountains. In the other direction lie around 200 kilometers of completely flat terrain, all the way to the provincial capital, Maiduguri. It's a steppe landscape where nothing much grows - there's nowhere for you to hide. The Gwoza mountain range, on the other hand, extends well beyond the Cameroonian border, into regions where Islam plays less of a role.

Is it conceivable then that people might not only retreat into the mountains but also try to escape from there to other regions?

Escaping to Cameroon would be a possibility. Gwoza is about 20 kilometers from Cameroon as the crow flies. From an ethnic and linguistic point of view, the people there are related to the inhabitants of Gwoza; they're their people.

Back in May, Boko Haram rebels murdered the then emir of Gwoza. When the militia conquered the town in early August, they attacked the emir's palace again, but he managed to escape.

He fled to the mountains, too; then people helped him escape to the Nigerian capital, Abuja, where he was received by President Goodluck Jonathan.

Boko Haram continues to demonstrate its strength in the northeast of the country. Agencies are now reporting a fresh attack on a town not far from Gwoza. Young converts in the Gwoza mountains are also said to be joining the ranks of the militia.

Extremist movements will always find followers. Especially when, as in northern Nigeria, there's high unemployment and they offer people hope - "With us you'll be well paid, you'll have a good life." I can well imagine that, for some, that's an incentive.

Boko Haram has announced that an Islamic caliphate has been established in a Nigerian town seized by the militant group earlier this month. It follows an attack on a police academy outside the town of Gwoza. (24.08.2014)

The 'yes' and 'no' of ransom demands

As information emerges about Islamic State (IS) conditions for the release of murdered US journalist James Foley, the "what ifs" loom large. But the bigger question is how to deal with ongoing hostage situations. (22.08.2014)