Boko Haram has announced that an Islamic caliphate has been established in a Nigerian town seized by the militant group earlier this month. It follows an attack on a police academy outside the town of Gwoza. 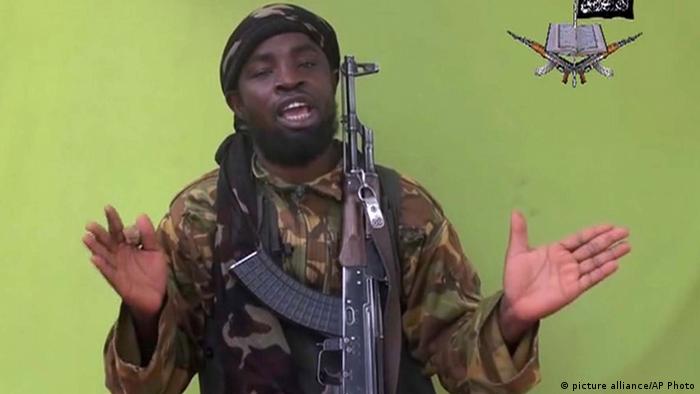 "Thanks be to Allah who gave victory to our brothers in Gwoza and made it part of the Islamic caliphate," Abubakar Shekau, the group's head, said in the 52-minute video, obtained by the news agency AFP.

He declared that Gwoza, a town in Borno state, now has "nothing to do with Nigeria."

"By the grace of Allah, we will not leave the town. We have come to stay," said Shekau, who has been condemned a terrorist by the US and sanctioned by the United Nations Security Council.

The UN humanitarian office earlier this month confirmed reports that Gwoza was under rebel control.

Meanwhile, local police in Gwoza have said at least 35 of their officers have disappeared following the attack on the police academy just outside the town of Gwoza earlier this week.

Authorities announced they had launched a search for the missing group, "with very promising prospects of locating them," police spokesman Emmanuel Ojukwu said in a statement, quoted by news agency AFP.

According to the national police, it is the third attack by the group so far this month in Borno. Ojukwu acknowledged that some officers may have fled without having had the chance to report their whereabouts. He added that investigations were ongoing, and it was premature to speculate on whether the officers had been taken hostage by the jihadist militants.

Hundreds of thousands on the run

Boko Haram was put in the international spotlight after it claimed responsibility for the kidnapping of more than 200 schoolgirls from the Borno town of Chibok in April.

The militants are accused of killing several thousand civilians across the country's north since 2009, while more than 2,000 have been killed this year alone.

According to the UN, nearly 650,000 have fled their homes in the states of Borno, Yobe and Adamawa, which have been under emergency rule since Nigerian President Goodluck Jonathan launched a military campaign against Boko Haram in May last year.