Reports of sex abuse in German army on the rise

German Defense Minister von der Leyen has interpreted a rise in reports of sex abuse in the Bundeswehr as positive. She says it stems from the "atmosphere of openness" the army has tried to foster under her leadership. 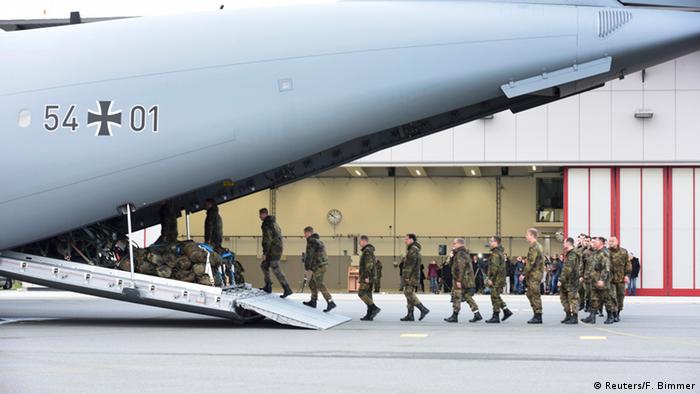 The number of alleged sex offenses reported in the German army rose sharply this year, according to German Defense Ministry figures cited in the Bild am Sonntag tabloid newspaper on Sunday.

Through mid-November there were 11 reported rapes this year in the Bundeswehr, the paper said, compared with five rapes reported in all of 2016.

Overall, through the end of September 2017 there were 187 reports of inappropriate sexual behavior, which ranged from nonconsensual touching to rape. There were 128 such reports in 2016. The 2017 figures, however, also included some cases from the past years that remained unresolved.

There was also one allegation in 2017 of an army officer who attempted to murder a fellow soldier, but no information was available as to the victim's gender.

Defense Minister Ursula von der Leyen told the newspaper that she does not interpret the figures as meaning that the volume of sexual assaults had gone up, but rather that there had been an increase in reporting incidents that might previously have gone unreported.

"It is a positive sign that supervisors and teams more frequently report incidents," she told the newspaper.

"We punish sexual assaults in the military just as we do in society," she continued. "We want an atmosphere of openness among troops in which each and every person feels confident reporting injustice or violence."

The Bundeswehr comprises more than 60,000 soldiers.