A Brazilian newspaper has reported that VW is negotiating a settlement for allowing the torture of employees during the military dictatorship. However, a company official says VW is in the early stage of discussions. 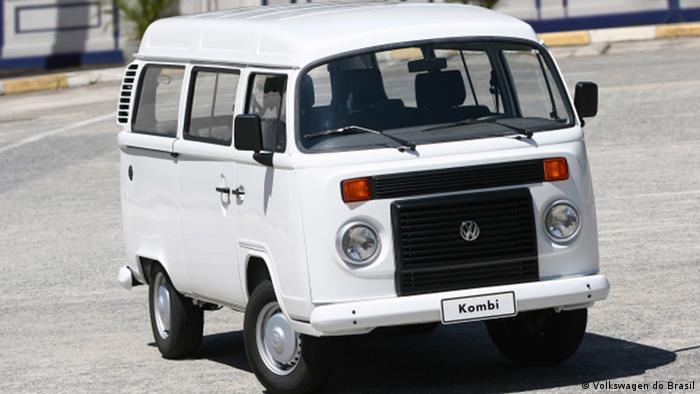 On Sunday, the daily "O Estado de Sao Paulo" reported that Volkswagen was moving toward paying reparations in response to a suit against the company for allowing official persecution and torture of employees at its plant from the 1960s to 1980s. The newspaper cited an email reportedly from Manfred Grieger, who handles historical communications for Volkswagen and visited Brazil in October to meet with justice officials.

"It was the beginning of a discussion on how to reach an agreement on that matter," Grieger wrote in the email, the newspaper reported on Sunday. "One idea would be to develop a memorial with Brazilian institutions such as unions. ... We want to look at the pros and cons of the next steps to be taken."

Brazilian officials have focused on Volkswagen's activities during the 1964-1985 military dictatorship. According to a complaint, VW allowed the arrest and torture of 12 former employees at its factory in Sao Bernardo do Campo, near Sao Paulo, and also placed dozens of people there on a blacklist.

In 2011, Brazilian President Dilma Rousseff created the National Truth Commission to examine the history of murders and disappearances during the dictatorship, which assumed power with US support after overthrowing the left-wing president in 1964.

"O Estado de Sao Paulo" reported that Justice Ministry officials could use reparation funds to build a memorial to victims or a museum dedicated to the abuses of the dictatorship. The newspaper reported that VW officials had already made an offer for reparations, but Grieger told the German news agency dpa that any such discussions would continue into 2016.

"We are evaluating the injustice that occurred at that time," he said, calling talks in October "the beginning of a discussion about how to reach an agreement on this theme."

Testimony from former employees has backed up the claims of torture. "They took me in handcuffs to the personnel department and there they started to torture me," Lucio Bellentani, a communist activist and former Volkswagen employee, told the news agency Agence France-Presse in September. Rights groups have demanded an investigation into what "benefits the company received for its complicity with the regime."

The complaint comes amid a global scandal in which the German automaker has admitted to having equipped 11 million of its diesel cars with devices that can cheat air pollution tests.