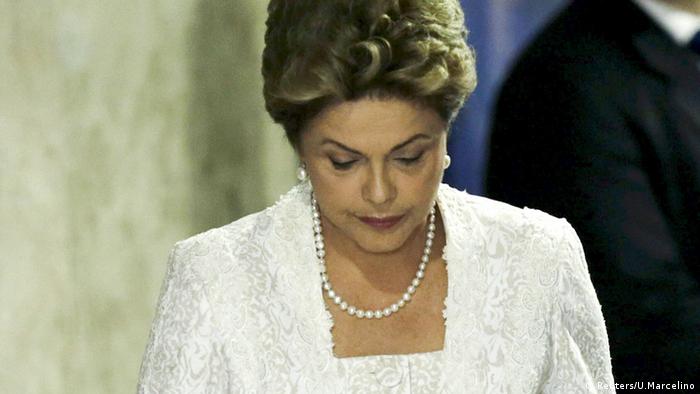 Brazil's Federal Accounts Court ruled unanimously on Wednesday that Rousseff manipulated the budget last year to fill budget holes to pay for social programs ahead of the 2014 elections.

The ruling - the court's first against a Brazilian president in almost eight decades - is not legally binding, but could be used by Congress to advance impeachment procedures against the embattled president. Opposition lawmakers applauded the courts decision, calling it the end of Rousseff's administration.

The court formally approved a report that found the president violated Brazil's finance law by delaying repayment to state banks that helped fill the budget gap on social programs last year, ahead of an election Rousseff won by a slim margin.

The court made the decision after repeated attempts by the government to delay the vote.

Attorney General Luis Adams said after the ruling that he will appeal to the Supreme Court.

Rousseff, whose ratings have plummeted amid an economic downturn and a major corruption scandal at energy giant Petrobras, received another setback on Tuesday, when the country's electoral body found sufficient reason to open an investigation into the financing of the 2014 election.

The electoral body will look into whether Rousseff's campaign used funds skimmed from kickbacks from Petrobras.

Though the investigation could lead to the invalidation of Rousseff's victory last year, the judicial case could also last for months - or even years - and she can appeal to the Supreme Court. Many expect her to serve through the end of her term.