The National Truth Commission probing human rights abuses committed by Brazil's former military dictatorship has reported that German companies collaborated with the regime. Among them was VW's Brazilian subsidiary. 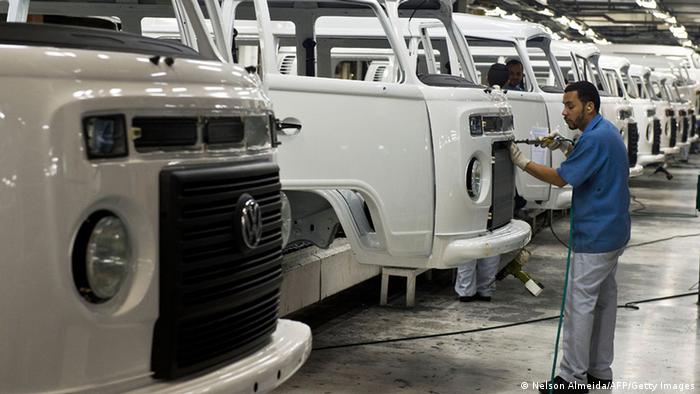 According to Brazil's National Truth Commission, at least one suspected opponent of the country's 21-year military dictatorship was tortured at the Volkswagen plant in Sao Bernardo do Campo, near Sao Paulo.

In the commission's recently published final report, former VW employee Lucio Bellentani describes his ordeal. "I was at work when two people with machine guns came up to me," he said. "They held my arms behind my back and immediately put me in handcuffs. As soon as we arrived in Volkswagen's security center, the torture began. I was beaten, punched and slapped." 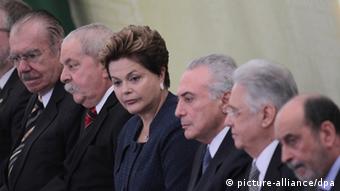 The torture is said to have taken place in 1972, when, according to the commission, more than 20 metal workers were arrested. Most of them worked at Volkswagen, while others were employed by Daimler Benz and other industrial companies.

According to the report, large companies like these played an active role in the repressive machine of the military regime. Even German corporations like Volkswagen, Daimler Benz and Siemens were involved, financially supporting Operacao Bandeirante, for example, a military unit that fought the opposition.

Various national and international companies were said to have monitored their employees, passed on information about them and even handed over certain individuals to the Department of Political and Social Order, or DOPS, a police intelligence agency that monitored and repressed leftists.

Brazil's leadership has set up a commission of truth to investigate human rights abuses perpetrated by the dictatorship from the 1960s to the 1980s. President Roussef welcomed its findings in an emotional speech. (10.12.2014)

Germany’s VW car group has said it will resume the production of Audi cars in Brazil, seven years after it closed a plant of its luxury subsidiary. VW will also invest heavily in expanding its own operations there. (18.09.2013)

Thousands of Brazilians rally against corruption

More than 240,000 people rallied in major Brazilian cities against corruption and the huge costs of hosting the 2014 World Cup. Riot police reacted with extreme violence. (19.06.2013)

Mountains of documents prove the long-term cooperation between Volkswagen do Brasil and the military regime, according to the commission. In 1980, a certain Luis Inacio Lula da Silva, then a trade unionist and from 2003 to 2010 the Brazilian president, was warning VW employees that the head of VW's security department was spying on them.

For Nina Schneider, a Latin American historian at the University of Konstanz, one important question is: To what extent the German parent company knew of the events in Brazil.

"This needs to be clarified, and Volkswagen must state its position."

That's exactly what will happen, came the word from VW's Wolfsburg headquarters. "Volkswagen is pursuing any indication of possible involvement of the employees at Volkswagen do Brasil in human rights violations during the period of military dictatorship," a spokesperson told DW.

Manfred Grieger, head of VW's corporate history department, emphasized that Volkswagen had done exemplary work in recognizing the company's history during the Third Reich and continues to "undertake the necessary research to clear up incidents, unconditionally and completely."

For historian Schneider, that's not good enough. She thinks Volkswagen must compensate the victims or their relatives, an idea also supported by the regional commissions in Brazil that are coming to terms with the military dictatorship.

But first, said Schneider, it must be made clear whether VW was involved in any human rights violations - and, if yes, to what extent.