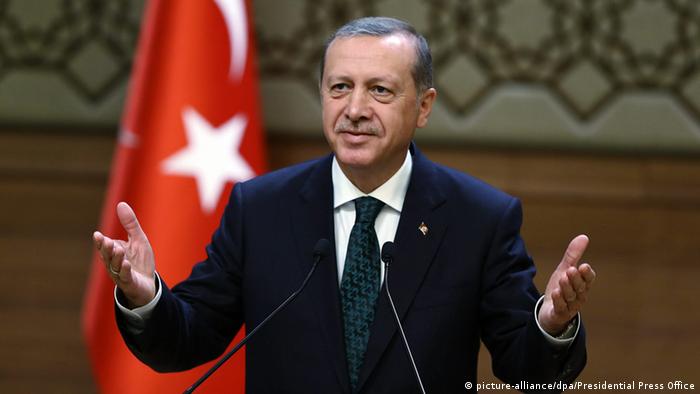 The lyrics lash out at Turkey's tight grip on the press, saying: "A journalist that writes something that doesn't suit Erdogan is in jail tomorrow."

NDR's "Extra 3" has criticized the Turkish president in the past. In 2014, the program aired "A song for Erdogan" that interlaced footage of security forces beating demonstrators, rallies for Erdogan's AKP party and protests against Turkey targeting journalists.

Historically, Turkey and Germany have shared strong diplomatic relations. In the 1960s and 70s, the large-scale migration of Turks to Germany under a government agreement made them the largest ethnic minority group in the EU member state.

Despite Turkey's crackdown on dissidents and journalists, German Chancellor Angela Merkel said in October that Germany supported restarting negotiations for Turkey's accession to the EU during a visit to Ankara.

Earlier this month, the EU and Ankara finalized an agreement to stem the migration flow from Turkey to the bloc via the Aegean Sea in exchange for opening a new chapter of the accession process, visa liberalization and three billion euros ($3.36 billion) in aid. The agreement was championed by several EU leaders, including Merkel.