The pros and cons of visa-free travel for Turkey | Europe | News and current affairs from around the continent | DW | 18.03.2016

The pros and cons of visa-free travel for Turkey

Turkey is asking for visa-free access for its citizens to the EU's passport-free Schengen area in exchange for Ankara's concessions in handling the refugee situation. What would that mean, and what are the risks? 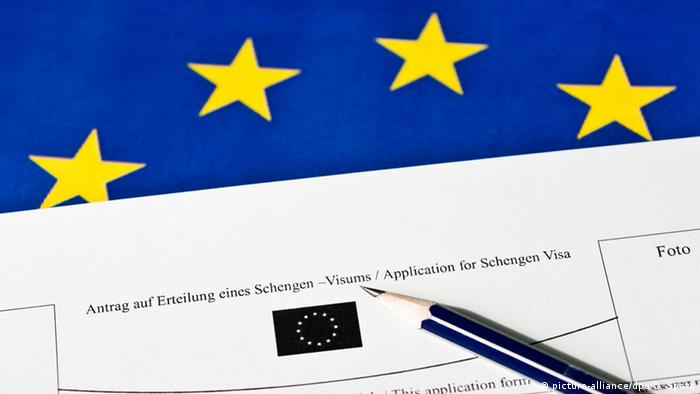 Bank statements, pay slips, tax statements, leases, certificates of title, health insurance and proof of onward travel: people who need a visa to enter the Schengen area have to submit to a close scrutiny of their private lives.

The visa requirements have applied to Turkish citizens since 1980. Applicants describe the process of obtaining a visa as mortifying, annoying and very costly; and more than once, people have been searched down to their underwear. Many Turks will be happy to hear about a deal between the EU and Ankara, because they can hope that at of the end of June, they can enter every single one of the 26 Schengen member states without first having to apply for a visa.

That is one of the Turkish government's main political objectives. As Prime Minister Ahmet Davutoglu recently told parliament, it's a dream the Turkish people have cherished for the past 50 to 60 years.

Well over 90 percent of Turks who request a visa at Germany's consulates in Ankara, Istanbul and Izmir are granted the document. In Istanbul alone, processing the applications keeps a staff of 30 people busy. So introducing visa-free travel - that is, short-term visas that would allow a traveler to spend a maximum of 90 days within a 180-day period in the Schengen area - seems like a logical next step. 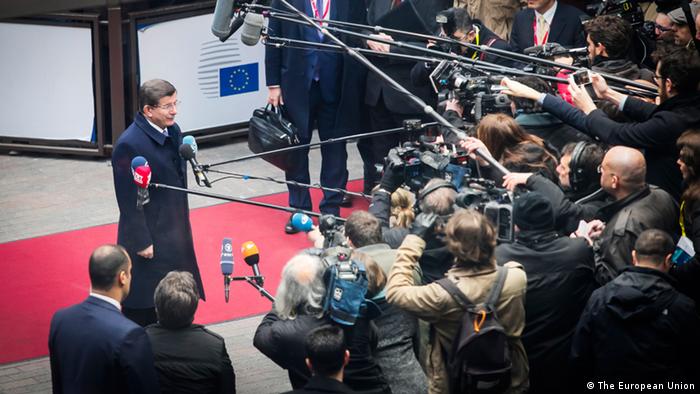 Davutoglu has made Turkey's cooperation on migrants contingent upon certain conditions

These restrictions on stays means that fears of Turkish citizens pushing onto the EU labor market in droves or burdening the social systems are unfounded. This is confirmed by Gökay Sofuoglu, chairman of the Turkish Community in Germany, who adds. "Germany isn't appealing in that sense: Turkey currently offers plenty of economic perspectives."

A draft version of the Brussels summit statement envisages doing away with visa restrictions at the latest by the end of June 2016. To that end, Turkey will have to fulfil 72 conditions, including adapting its data protection systems and passport regulations to EU standards. Other requirements touch upon cooperation with neighboring Cyprus and Bulgaria.

That's why the date isn't viable, says Alper Ecevit, an expert on EU relations at Istanbul's Bahcesehir University. Domestic problems such as the fight against corruption and organized crime are also at issue, he told Deutschlandfunk radio. "Everyone who knows Turkey realizes that this can't be done in three months," Ecevit said. 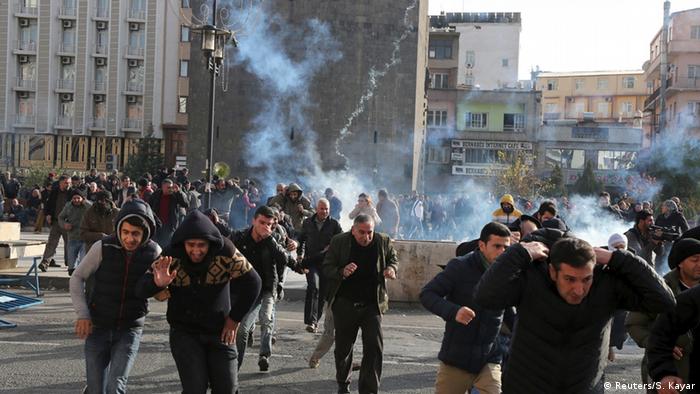 Violence between Turkey and the Kurds has been escalating for weeks

Sceptics such as Bavarian premier Horst Seehofer reject full freedom of travel for all Turkish citizens out of concern about precisely such domestic problems in Turkey. If at all, they say, visa restrictions should be lifted only for Turkish businessmen.

Seehofer also pointed at the Kurdish conflict, arguing that while Syrian refugees are at the center of attention, a possible flood of Kurdish asylum-seekers attracts little interest. Some sources estimate that the escalating violence in the southeast of Turkey has already driven out more than 350,000 Kurds.

Many seek refuge in Turkey. But without the visa requirement for Schengen member states, they could enter as tourists and request asylum. People will continue to flee if the war continues, the head of the pro-Kurdish HDP party, Selahattin Demirtas, warned in a television interview with German public broadcaster ARD. "They'll also flee to Europe, and to Germany."

Terrorists with a tourist visa

Free travel for terrorists - that's what opponents of relaxed visa requirements fear, and all the more because violence in Turkey is on the rise. The suicide bombers responsible for the two most recent attacks in Ankara were both Turkish citizens. Under the planned new rules, they could have entered the EU without any problems.

Over the next few days, more details will be given about the concessions agreed upon on Friday. Six weeks from now, the EU Commission is expected to submit a recommendation on whether Turkey measures up to the necessary requirements for visa-free travel to the Schengen area.

The Turkish government is under increasing pressure as a Kurdish separatist movement gains strength. The government is responding by cracking down on independent voices of political opponents, the press and academia. (17.03.2016)