Officials plotted an assassination campaign against exiled dissidents and opponents of President Alexander Lukashenko, according to a clandestine recording. 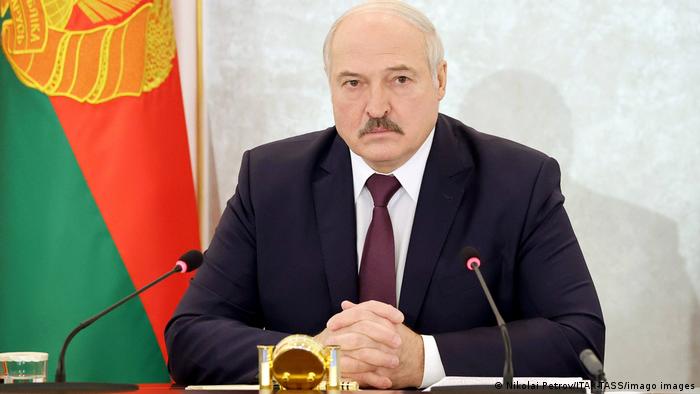 Germany was one of the intended sites for a campaign of attacks on exiled Belarusian dissidents and opponents of President Alexander Lukashenko, according to a clandestine recording published by the online news platform EUobserver on Monday. The audio file appears to feature a conversation from April 2012 involving former Belarusian intelligence service (KGB) head Vadim Zaitsev and two unidentified men, who are presumed to be state security officers.

The recording was passed on to EUobserver by the Belarusian dissident Igor Makar. He told DW that he was sent the file by an "anonymous source in the KGB." Makar is the former deputy commander of the Almaz Special Anti-Terrorism Unit, which is attached to the Interior Ministry, and he has been living in exile in Germany for some years now.

The recording includes discussions of the details of possible plots, including names of targets, the choice of weapons, potential funding and possibilities for surveillance. The three men talk of a "special account" containing about $1.5 million to cover the costs of such operations. Poison and explosives are the potential murder weapons mentioned."We need TNT," one man says, "plastic explosives".

One of the targets was apparently Oleg Alkaev, once dubbed the "hangman of Minsk" in the German press. Alkaev was head of Detention Center No. 1. Up to 150 executions were carried out under his command from 1996 through 2001. The death penalty remains on the books in Belarus to this day.

Alkaev fled to Germany in 2001 after making grave accusations against the Lukashenko regime. He said he had been forced to surrender the pistol that he had used for executions. He suspected that the pistol was then used for extrajudicial killings of dissidents. He received asylum in Germany.  Makar, who is friends with Alkaev, said he told US intelligence services about the recording when it was first leaked to him and that they contacted the German authorities.

Alkaev told DW that he and Makar had waited until the source of the recording was safe before allowing EUobserver to post it. "As soon we knew his safety was guaranteed, we decided to set the ball rolling", Alkaev said. 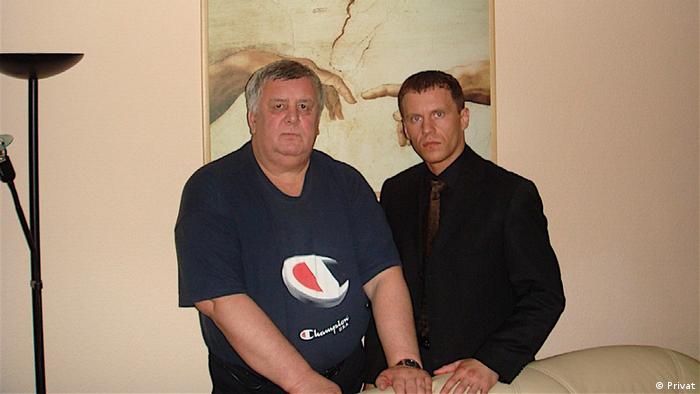 Alkaev (left) and Makar have lived in Germany since fleeing Belarus

The voice in the recording certainly resembles Zaitsev's, which can be heard in a number of videos ON YouTube. But an independent expert appointed by EUobserver was unable to say for sure that the voice on the audio file was Zaitsev's. The quality of the recording is simply too poor.

Makar and another source said they were prepared to testify to the recording's veracity in court. Alkaev has also told DW that he would discuss the option of pressing charges with his lawyer.

Zaitsev, who was dismissed from his post in 2012 and currently manages a TV station, refused to comment on the audio file. In the recording, the man believed to be Zaitsev names other opponents of Lukashenko whom he said the authorities planned to kill. They include Vyacheslav Dudkin, a former anti-corruption officer with the Interior Ministry, and Vladimir Borodach, an ex-colonel. But the assassinations never took place. Alkaev believes that the attacks were foiled because Makar passed on the recording to western intelligence agencies at the time. Algaev said the hit squad was already in Berlin — "only Makar's active intervention stopped them."

The audio file seems especially damning in the light of what happened to Pavel Sheremet. The prominent Belarusian journalist was killed by a car bomb in the middle of Kyiv, the capital of Ukraine, on July 20, 2016. The attack has been regarded as one of Ukraine's most prominent unsolved murders.

The recording features talk of an assassination plot using explosives. "And this fucking rat will be taken down in fucking pieces," the man believed to be Zaitsev says, "legs in one direction, arms in the other direction." If Sheremet's death were made to look like it had occurred of natual causes, he says,"it won't get into people's minds the same way." He adds: "The important thing is that no one starts suspecting that the KGB could be behind this." EUobserver has published internal KGB documents that, according to the website, show that the authorities had placed Sheremet, who was living in Russia at the time, under constant surveillance.

The government of Belarus has not issued an official reaction to the publication of the recording.

Eric Mamer, the European Commission's chief spokesperson, said only that "our political course as far as Belarus is concerned is very well known." The European Union imposed sanctions on Lukashenko and his entourage after the rigged presidential election in August, and has expanded on those a number of times since.

In Germany there has also been a rather muted official reaction to the release of the recording. The Foreign Ministry did not respond when asked whether there would be diplomatic measures after the release of the recording. "The intelligence and interception activities of Germany's counterintelligence agencies are targeted against all illegal intelligence activities," the domestic intelligence agency, the BfV, wrote in a statement to DW. "We have nothing to add to the statement from the Federal Ministry of the Interior, Building and Community cited in the article."

The EUobserver report quotes an Interior Ministry official as saying that authorities had no information or evidence that Belarusian dissidents living in Germany were in danger.

'We want to renew our identity'