Germany's push for renewable energy has dominated coalition talks in Berlin on forming its next government. At issue is how to restrain electricity price hikes while shifting from fossil fuels to wind and solar power. 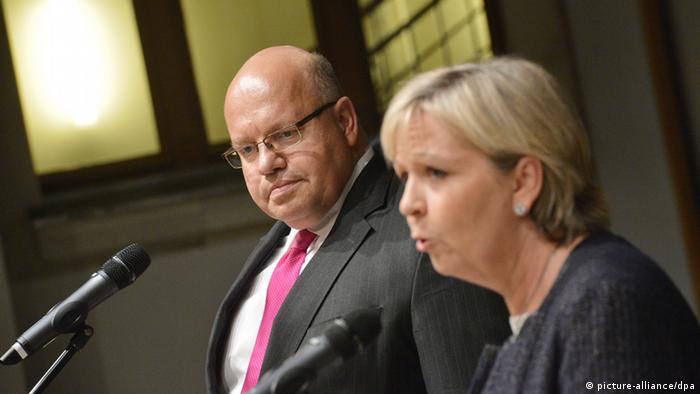 Environment Minister Peter Altmaier of Merkel's Christian Democratic Union (CDU) said the energy transition was "a central project" of the proposed coalition, but for consumers it had to remain "affordable."

Germany, he added, needed to show the world that renewable power could be produced at competitive prices.

He was reacting to recent calculations showing that despite falling wholesale prices for electricity, households were paying sizeable surcharges to encourage "green power" suppliers. German industry also warned recently that its competitive edge was at risk.

Outside the coalition talks venue, the opposition Social Democrats' lead spokesperson on energy Hannelore Kraft said the energy transition must be "safe, affordable and ecological."

The premier of the traditional coal-mining state of North Rhine-Westphalia rejected accusations that she was a lobbyist for the coal industry. "We want to expand renewables," she said.

Altermaier had told the Handelsblatt business daily earlier on Thursday that Germany's Renewable Energy Act with its incentives for suppliers needed reforming by 2015.

His remark coincided with a paper from business advocates within CDU circles who want subsidies for wind, solar power and biogas plant operators ended as soon as German renewable power - currently at about 25 percent of total supply - reaches 35 percent.

Greenpeace activists parked a hand-drawn trolley loaded with coal outside the Berlin coalition talks venue, urging negotiators not to backtrack on renewables.

They displayed a banner reading: "coal destroys the energy transition."

Surveys show that 90 percent of residents in Germany support the expansion of renewables but want a fairer distribution of costs, including cuts in power rebates favoring heavy industries such as aluminum smelters and cement works.

The German Industry Federation (BDI) recently warned that reducing energy costs would be crucial for the survival of energy-intensive industrial companies, which account for nearly one million jobs.

The European Environment Agency said in mid-October that only four EU members – including Germany – were "making good progress" towards achieving a 20-percent improvement in energy efficiency by 2020.