The German city of Bonn lost out to Abu Dhabi in a bid to host the International Renewable Energy Agency. But the former German capital was given a consolation prize: an innovation and technology center. 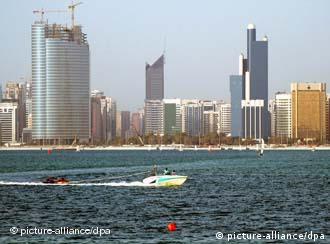 The capital of the United Arab Emirates beat Bonn and Vienna when representatives from 129 countries met in the Egyptian city of Sharm el-Sheikh on Monday to decide where the International Renewable Energy Agency (IRENA) would be based.

Despite hoping the agency would have its headquarters in the former German capital, Germany's Environment Minister Sigmar Gabriel welcomed what he called a "fair and appropriate compromise."

Members of the agency decided to place an innovation and technology center in Bonn, the Austrian city of Vienna will be home to an office dedicated to liaising with the United Nations and other international institutions. 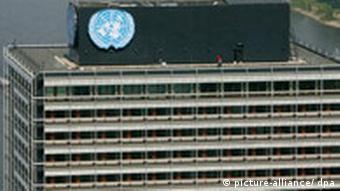 "As a technology leader, Germany maintains its operative influence on the international development of renewable energies," Gabriel said.

Abu Dhabi had offered to cover the costs for the headquarters, and launched a major publicity blitz, even arranging for a video promoting its bid to be shown on televisions in the delegates' hotel rooms.

Had it won the right to host the agency, Germany was prepared to fund it with 8 million euros a year - about half what the UAE offered, according to a report in Germany's Der Spiegel news magazine.

The oil-rich United Arab Emirates insists it has every right to host the headquarters despite criticism that per capita it has the largest carbon footprint in the world.

Counterbalance to other energy agencies

The Sharm el-Sheikh meeting will also decide on IRENA's budget and pick a director general from among four candidates from France, Denmark, Spain and Greece.

The German minister said renewable energy was not just about creating mammoth projects, but also about regions "where people live in mud huts." 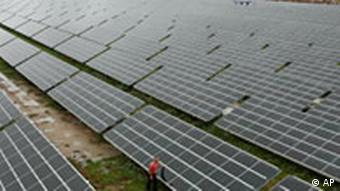 Solar energy is one of the renewable power sources IRENA promotes

"Renewable energies offer an opportunity to solve one of the biggest challenges of century - namely, how to supply energy to the more than 1 billion people in the world who are cut off from energy supplies."

The United States, Australia and Japan added their names to the document establishing IRENA just hours before the conference opened, according to a report in Egypt's official MENA news agency.

As the recent gas crisis between Ukraine and Russia has shown, the world needs to reduce its dependency on fossil fuels. A new eco-energy agency has been created in Germany to help nations do just that. (26.01.2009)

A fraction of the Sahara desert could provide enough solar electricity to power the planet. The problem has always been getting energy to where it's needed. Munich Re, a leading reinsurer, thinks this can now be solved. (17.06.2009)