On July 14, 1933, the National Socialists introduced the Law for the Prevention of Hereditarily Diseased Offspring. As a result, hundreds of thousands of people were forcibly sterilized. Others were murdered. 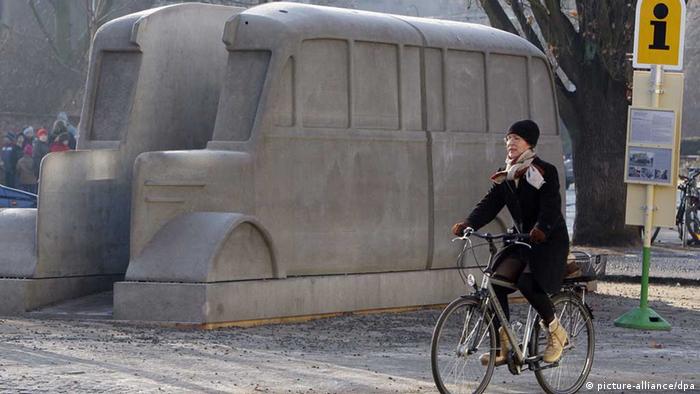 By the summer of 1933, the Nazis had Germany firmly in their grip. With this newfound power, the far-right party decided to mold German society in the image of its own making.

A decisive step towards achieving that aim was the introduction of the Law for the Prevention of Hereditarily Diseased Offspring, or Sterilization Law, that passed in the Reichstag on July 14, 1933. The law stated that people suffering from particular illnesses could be forcibly sterilized in order to prevent the spread of hereditary diseases.

Followers of the eugenics movement believed that the German population could be genetically "improved" and welcomed the law. For the victims of forced sterilization, this violent physical intrusion meant a life without the possibility of having children. Many were heavily traumatized and suffered their entire lives.

The National Socialists hoped to realize the dream of "master race" in which "diseased" and "weak" people had no place. 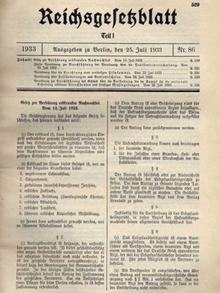 The Sterilization Law went into effect in January 1934

The triumph of eugenics

The new law listed the types of "illness" that warranted the sterilization of carriers. This list included congenital mental deficiency, schizophrenia, epilepsy, hereditary deafness and blindness, as well as people with "any severe hereditary deformity" and alcoholics.

"One can't say that it was the 'evil' Nazis alone," said Christiane Rothmaler, a doctor and historian who has spent many years researching the history of forced sterilization. She knows that the issue of eugenics was already being discussed in 19th century.

"Back then, eugenics was a very serious field of biology, it wasn't deranged Nazis. It was, above all, doctors who welcomed the law through which they wanted to realize this old genetic dream," the dream of a society cleansed of "inferior elements."

Following the introduction of the law, doctors sterilized thousands of supposedly ill people. The most common justification for the procedure was known as "congenital mental illness," which was interpreted in a social sense to include people who were considered "outsiders" of the Volksgemeinschaft, or people's community.

People seen as antisocial, criminals, prostitutes or even simply people who didn't conform to social norms and were therefore considered "problematic" were sterilized.

"They were often reliant on social welfare. Because of that, the authorities knew a lot about these people from their files," said Rothmaler.

The scientists of the period did not possess an in-depth knowledge of the hereditary transmission of diseases. "A theoretical construct was developed as to how certain traits, for example hair color, were inherited. Later, people believed that certain dispositions could also be identified," said Rothmaler.

The brutality of bureaucracy

Local authorities established Hereditary Health Courts across Germany to make decisions regarding forced sterilizations. The head of jury was a lawyer, flanked by two doctors. Medical reports were used to support the verdict that it was necessary to sterilize any given individual.

"There was a flood of lawsuits, so much so that the courts could barely process them all. In the beginning people still made a lot of effort, but the longer and longer it began to take - especially after everything was focused on the war - the more the legal process became a complete farce," said Rothmaler.

When forced sterilization was proposed, the victim had only three options: The first was to simply allow the procedure to go ahead. The second was to launch a legal challenge through the courts. The third was to disappear off the map.

Legal challenges were rarely ever successful and people on the run were hunted down by the police. For the majority there was simply no escape. 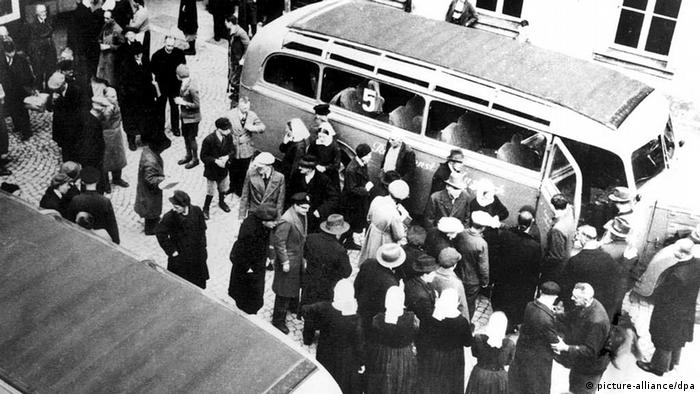 Forced sterilization was carried out in hospitals throughout Germany, and minors were not exempt. Children from the age of 14 could be sterilized and, in exceptional cases, children under the age of 14 were also subjected to the procedure.

Research estimates that up to 400,000 people in the area the Nazis called the Greater German Reich were sterilized in the period up to 1945. Around 6,000 people are estimated to have died of complications resulting from the procedure.

"Patients who, on the basis of human judgment, are considered incurable, can be granted mercy death [Gnadentod] after a discerning diagnosis," wrote Hitler in a letter dated September 1, 1939 - the first day of World War II.

With that, the National Socialist regime also began to murder those they deemed to be "inferior" beings. Euthanasia now meant the killing of disabled and psychologically ill people.

"Victims of euthanasia were labeled as 'dead weight,' for whom, supposedly, nothing could be done. What we can't cure, we eliminate, is what the doctors thought," said Rothmaler.

Medics and carers were also guilty of selecting and murdering defenseless victims.

Until August 1941, around 70,000 people were murdered in gas chambers or by lethal injection during "Campaign T4," the program named after the Central Euthanasia Organization located at Tiergartenstrasse 4 in Berlin.

Protests by the Catholic Church eventually brought an end to the program but children and adults continued to be victims of euthanasia in procedures that weren't so openly publicized and carried out in secret. 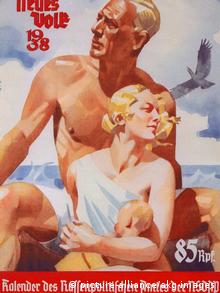 Did the Sterilization Law lay the foundation for the murder of people with disabilities?

"One can't assume that euthanasia was a radical step from forced sterilization," explained Rothmaler. "But the overriding idea to relieve society of so-called 'dead weight' was a feature of both measures."

Germanywas not the only country to forcibly sterilize its citizens. Authorities in Sweden and the US also employed the measures - around 60,000 were forcibly sterilized in the US in the last century alone. But the planned murder of diseased and disabled people occurred only in Germany.

For decades after 1945, the victims of the law received no recognition or compensation. Only in 1988 did the German government first acknowledge that the forced sterilization of hundreds of thousands of people under National Socialism had been unjust.

Still a way to go

"It's very important not to forget that such a crime was committed in our history. And above all, we shouldn't forget how little time has passed since then," said Sascha Decker of Aktion Mensch, an organization that has been helping people with disabilities for nearly 50 years.

"People with disabilities are still regularly defined by their supposed deficits. We want to change that through contact," he said.

In light of the enormous progress in the field of genetics, doctors now know far more about the diseases hidden in our genes. Human genetic advice centers and prenatal diagnostics can explain many health risks to expectant parents.

"The desire to be perfect and healthy is anchored in people's minds through public discourse. Because of that, many expectant parents have a conflicted conscience," said Rothmaler.

Despite the progress made in integrating disabled people into society, Decker still believes there are a few hurdles left. "In some areas we're still only at the beginning. The goal is to see all people as equals."

Officials have gathered in Berlin to lay the foundations for a monument to the people killed as part of the Nazi "euthanasia" programs. The symbolic site was chosen as it was the headquarters of the original project. (08.07.2013)

A prominent Oskar Kokoschka painting stolen by the Nazis is now to be returned to its rightful owners. While provenance research has improved, a set of complex legal issues make such cases difficult to resolve. (20.06.2013)