Officials have gathered in Berlin to lay the foundations for a monument to the people killed as part of the Nazi "euthanasia" programs. The symbolic site was chosen as it was the headquarters of the original project. 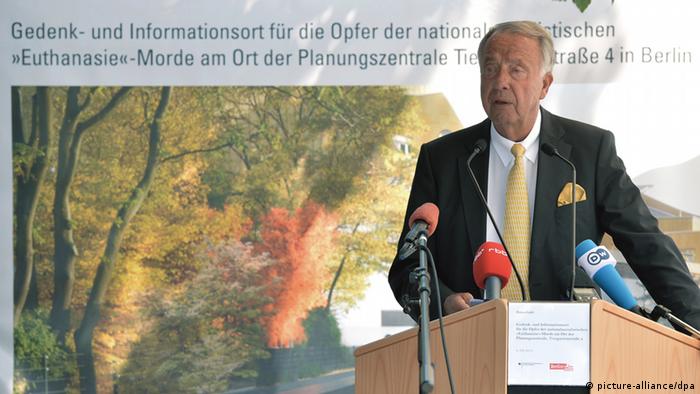 The planned exhibit at Tiergartenstrasse 4 in the capital will be dedicated to the victims of the "euthanasia" program used by the Nazis to kill those with physical or mental illnesses. Hitler's Nazi regime killed more than 200,000 people who were either psychotherapy patients or physically disabled between January 1940 and August 1941.

A prominent Oskar Kokoschka painting stolen by the Nazis is now to be returned to its rightful owners. While provenance research has improved, a set of complex legal issues make such cases difficult to resolve. (20.06.2013)

The euthanasia program was run out of the same Tiergartenstrasse address and was even codenamed "T4." A commemorative plaque has adorned the site since 1986.

The German minister for cultural state affairs, Bernd Neumann (pictured), attended the laying of the foundation stone on Monday, saying that the monument should set a sign "against hate, delusion and coldheartedness - and for tolerance, empathy and a respect for life."

The vice president of the lower house of German parliament, Wolfgang Thierse; the government's special representative for the disabled, Hubert Hüppe; and Berlin's senator for integration, Dilek Kolat, also attended the ceremony. 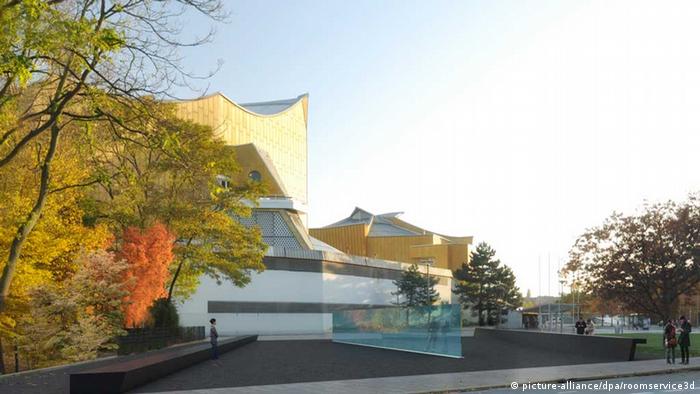 An artist's rendering of the monument

The planned monument will be a long, blue glass wall - designed by the architechts Ursula Wilms and Heinz W. Hallman, along with the artist Nikolaus Koliusis. The federal government plans to contribute 500,000 euros ($643,200) to the project. The finished site is tentatively scheduled for inauguration in the second half of 2014.