Hundreds of refugees have died trying to reach the Italian coast in the past few months alone. This situation must be stopped, says Green Party EU parliamentarian Franziska Keller. 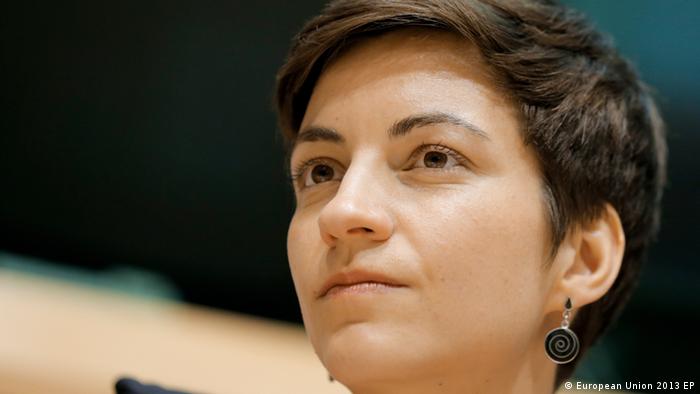 DW: More than 100,000 refugees have arrived at the Italian coast this year - already 60 percent more than in 2013. What can the European Union do to prevent this humanitarian disaster continuing in the second half of the year?

Franziska Keller: There are so many hotspots at the moment around the world, and obviously the people have to flee them. Right now all eyes are on those arriving from Iraq, but there also more and more Syrian refugees coming, as they see that there won't be a solution to the conflict there in the near future. Eritrea is another country of origin for many refugees, especially for people who try to cross the Mediterranean. There are many good reasons to leave that country - the European Union should finally acknowledge that.

At the moment the EU's asylum policy is based on separation, and it deploys Frontex, the European external border security agency. It is used to border security, but it can't deal with refugees, and is of no help with Syrian refugees, who have an obvious right to asylum. We need a solution to how people can reach Europe safely without risking their lives in ramshackle boats on the Mediterranean.

It will be never known how many people were killed in the Mediterranean trying to reach Europe. The tragedy of July 19 shows what people are capable of when they are in distress. Was this a one-off incident or will more people lose their lives on their way to Europe?

That massacre showed how desperate people are, but it also showed that European policy is on the wrong path. It is very important to rescue these people and to have boats on the Mediterranean. But even more we need legal, safe access to Europe so that things like this never happen again. The background of this massacre is unknown, but the situation in general is disastrous. Things like that happen nearly every day on the Mediterranean. People are risking their lives because they are searching for protection. That's why we need safe passage.

Italy is trying to get on top of the situation and was heavily criticized for its refugee and asylum policy. Then the Italian coastguard started the "Mare Nostrum" program, which was heavily disputed at first but has now become successful and saved hundreds of people every day. 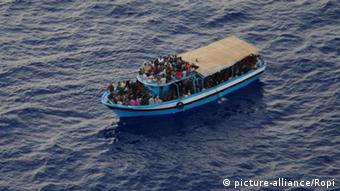 Mare Nostrum is a great achievement for Italy. You have to see it this way, because it saves people nearly every day who see no other option than to put their lives into the hands of traffickers and then board ramshackle boats. The EU and individual member states should definitely support the program.

The EU has also reached many agreements with countries from where refugees start their journeys or board boats, like Morocco. What can these agreements really achieve?

I am very critical of these agreements. In the end they are always about defending the EU Commission. The aim is to get those countries to stop the refugees. It doesn't tackle the causes for the migration. It doesn't ease the suffering of the people who are fleeing from civil wars and persecution. That is a non-humanitarian fighting of symptoms. That can't be the goal of European asylum policy. We have to strengthen the legal and safe access to Europe. One option would be resettlement programs supported by the [UN refugee agency] UNHCR. There should be a humanitarian visa, which is already possible under EU law. People should be able to come to Europe without a visa.

There are many unaccompanied children among the refugees, according to UN reports. What can they expect if they come to Europe?

This problem has existed a long time. There is an EU action plan for unaccompanied minor refugees. That is very important. Unfortunately individual member states handle this problem very differently. There are questionable procedures in some states that assume that the refugees are older than they really are. And then they don't adequately protect their rights. Children should not be put in refugee houses, they should be put in homes suitable for children.

Franziska Keller has been a representative of the German Green party at the European Parliament since 2009, and was the leading candidate in this year's parliamentary elections. She specializes in migration issues and often visits refugee camps in crisis regions.

Maiziere: EU must help refugees at the source

German Interior Minister Thomas de Maiziere wants to combat the causes of refugee flight. To do so, he told DW, the EU has to work with transit countries and the countries of origin. (11.07.2014)

While more and more people seek asylum in Europe, the EU's interior ministers are finding it hard to agree on how to divide responsibility for refugees between the EU member states. Italy has called for more solidarity. (08.07.2014)

Opinion: Right to asylum only for persecuted

Is Germany's tightening of asylum law really as scandalous as designated by many critics? DW's Felix Steiner says the true scandal lies elsewhere. (03.07.2014)