Your life would look very different without rare earth elements – they're in mobile phones, LCD displays and electric motors. Germany's supply is dependent on imports. Could recycling help? 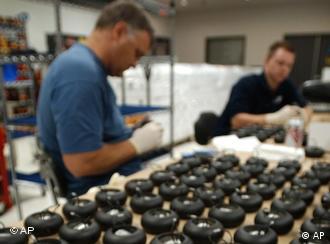 Rare earth elements are hard to get out once they're in

Germans are big on recycling. Whether it's glass, paper or plastic – most neighborhoods have special bins dedicated to each type of waste. German companies have made recycling a billion-euro industry. But that's not true of discarded electric appliances, which contain valuable metals.

According to the German Environment Ministry, 600,000 tons of electrical equipment are thrown away every year. But instead of being dismantled locally to reclaim valuable raw materials, defective appliances are often declared usable and exported to Africa or Asia, where they are taken apart in unregulated workshops.

That trade has damaging consequences for local populations and the environment.

"We have wonderful European electric scrap regulations," says European Union politician Reinhard Bütikofer. "But the estimates indicate that more than 50 percent of the total is illegally exported." 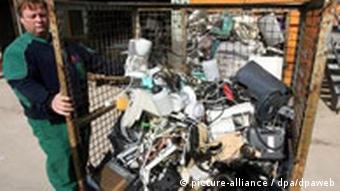 There's not much cash in recycling electric appliances

It's not only such elements as gold, copper and platinum that get lost in this way, but also rare earth elements. These 17 metals derive their peculiar name from the fact that they exist only as small quantities within other minerals. And 97 percent of them are harvested in China.

Neodymium, terbium, lanthanum and their cousins have special characteristics that make them essential for high-tech products. No low-energy light bulbs, catalytic converters, touch screens or electric cars could be made without them.

But recycling them is often difficult and expensive, because they are often mixed with other materials when products are made. And there is little economic incentive to recycle, since rare earth elements are available raw on the world market at comparatively low prices.

Not only does rare earth recycling require a big capital investment, Schüler says, but Europeans also lack the necessary know-how. She believes manufacturers, recycling companies, public authorities and scientists need to come together to found a European center for research on the subject.

As yet, it is unclear how much rare earth metal is currently in circulation. "In this very young area of applied science, researchers are still working with estimates a lot," she says. 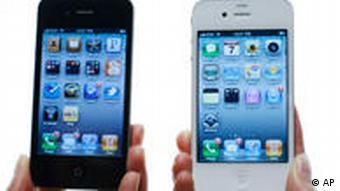 Modern life is dependent on these rare metals

She believes it would take at least five or 10 years before all the technical, economic and legal conditions were in place to support a successful recycling system. But industry might not be able to wait that long, since the world's supplies of the material are dwindling.

Martin Kneer of the German metals industry association (WVM) sees other obstacles to recycling. "Realistically, it won't be possible to even come close to covering the demand for metals, let alone rare earth elements. No chance," he told Deutsche Welle.

For Kneer, recycling is just one piece of a wide strategy aimed at improving efficiency and making raw materials available from European sources.

When it comes to rare earth elements, Kneer says the industry is putting more emphasis on gaining strategic partnerships with exporters and creating new trade agreements in order to secure the supply from abroad.