Europe's economies need imported resources from developing countries. But commodity futures speculation could be skewing the market, making it vulnerable to instability. Now the European Commission wants to take action. 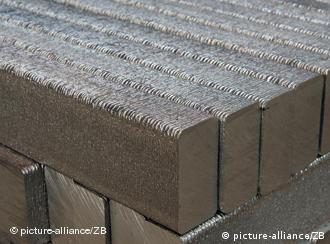 The European Commission on Wednesday announced a plan to bring stability to the continent's supply of natural resources. One prime objective is to reduce the EU's dependency on imports.

One of Europe's main suppliers of the cobalt needed to produce batteries is the war-torn Democratic Republic of Congo. Most of the world's rare earth elements, and other elements like indium - in high demand for use in flat screen televisions and computer monitors - are mined in China, which recently cut its export quotas.

The Commission's report calls for member nations to do more to boost domestic mining, but also to improve recycling efforts. It also wants to establish a link between the production of resources in emerging economies and development goals. 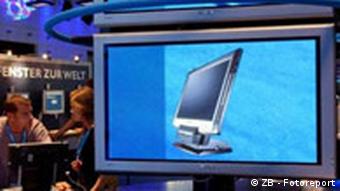 Flat screen televisions contain indium, which is hard to come by in Germany

A major component of the report focused on the need to clarify whether there really is a link between derivatives market speculation and prices.

This is partly because speculative trading may have started to affect people's ability to buy the most important commodity of all, food. Blame for a 2008 spike in grain prices was largely attributed to the loosely-regulated commodities speculation markets.

"Only 2 percent of futures contracts end in the delivery of the physical commodity," the UN's Food and Agriculture Organization announced in 2010. "Instead, commodity futures are generally traded before their expiration date."

Most commodity traders use futures contracts to make a speculative profit. They are an effective insurance policy, because they guarantee a set price of sale at a future date, regardless of market developments in the interim.

"We are no longer talking about foodstuffs. Agricultural products are turning into financial assets," EU Financial Services Commissioner Michel Barnier of France said at a joint press conference on Wednesday.

John Madeley, a British journalist and author who specializes in economic and social development issues, pointed out that longer-term commodity agreements guaranteeing both prices and supplies were much more common 30 years ago. 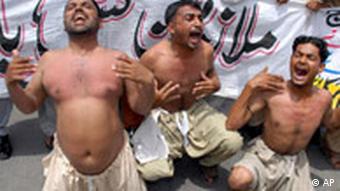 A spike in food prices during 2008 led to political volatility

"This used to be relatively common practice years ago… I think there's a case for that kind of longer-term agreement coming back," he told Deutsche Welle. "At the moment, the way the market is organized it's very unstable, and economic uncertainty can lead to political instability."

The Commission's report noted that investment by financial institutions into commodity derivative markets increased from some 13 billion euros ($18 billion) in 2003 to between 170 billion and 205 billion euros in 2008.

The EU's Michel Barnier said last week that he was convinced that some market speculation "sharpens, follows and accelerates [the] price volatility" of raw materials.

To that end, the European Union in October made public plans to increase oversight and regulation of commodity derivative markets.

French President Nicholas Sarkozy reportedly criticized the Commission's report before it was released for not explicitly drawing a connection between speculation and the 2008 spike in food prices. Sarkozy wants to make price volatility a central issue of his G20 presidency, and is hosting a summit in Paris next week.

"If it means absolute rock bottom prices, so they don't give the producer a decent price, it's going to conflict with development goals," he said. "It's kind of a narrow line. It is important that the EU tries to make long term agreements with countries which supply metals and strategic commodities."

A visit to Berlin by the rising star in Chinese politics, Li Keqiang, ended with the world's two biggest exporters inking business deals worth billions of dollars of dollars, mostly with automakers VW and Mercedes Benz. (08.01.2011)

Our modern life style is dependent upon a small group of elements called rare earth minerals. They are found in everything from handhelds to wind turbines. Cause for concern now that China is reducing exports. (29.12.2010)

The natural resources sector is dominated by global corporations such as BHP Billiton, Rio Tinto and Exxon Mobil. Now a young German firm aims to join the major league of mining by reactivating abandoned deposits. (24.11.2010)