Electronics ranging from televisions to cell phones contain elements which are likely to become scarce. Still, most obsolete electronics wind up in landfills. Now the EU Parliament wants that to change. 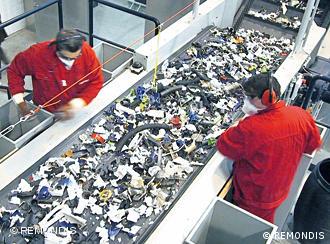 The EU Parliament wants to increase the recycling of electronics

The European Parliament announced Thursday a proposal for stricter rules on regulating electronic waste, as it grapples with the problems its reliance on imported commodities presents to member economies.

Millions of tons of electronic devices are discarded each year, and many contain one or more of the 14 elements the European Union has said are in critical supply. Those elements include magnesium, graphite, cobalt, gallium and germanium.

Also, much of Europe's recycled waste is exported to developing countries, where it is often processed in a rudimentary, or even unsafe manner. Experts say the situation poses real environmental and humanitarian problems, as well as bad for the economy.

The Parliament wants member countries to be collecting at least 85 percent of electronic waste by 2016. Depending on the type of device, it wants a reuse quota of 55 to 75 percent. It also wants to introduce stricter export regulations to hinder illegal waste exports. Those could require companies to prove they are exporting functioning electronic devices instead of waste products.

On Wednesday the European Commission announced a plan to stabilize commodity markets and secure future resources, which included a recycling component. 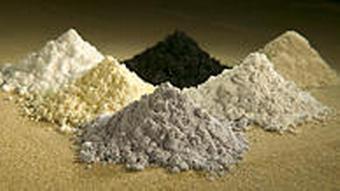 While the Parliament still needs to negotiate with representatives from EU members nations, Stephane Arditi of the European Environmental Bureau in Brussels said the move is a step in the right direction.

"What is very good is that the European Parliament yesterday clearly sent a signal to the Commission and to the Council that they want ambitious legislation," he told Deutsche Welle. "They're much stricter than the current directives, so that's the first good point for us."

Arditi said the proposal could create a precedent in that it calls for recycling goals to be measured in terms of how much material is actually recovered, rather than how much is sent for processing, as is generally the case now.

"That would clearly define standards for a recycling process, which will ensure the quality of the recycling and provide some guidelines for exported waste," he said. "That means when we're exporting waste, we can be sure that the facilities receiving this waste abroad respect the same standards."

Apart from ensuring that recycling facilities salvage more than a cursory amount of raw materials from electronic goods, the proposal will create an "incentive for new investment into highly efficient recycling conditions," Arditi said. 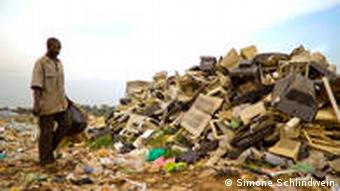 According to Tom Dowdall of Greenpeace International, the proposed changes potentially represent a "more efficient and environmentally friendly" way of handling electronic waste. His organization has been pushing for the widespread implementation of policies in which manufacturers agree to take back used electronics.

The proposed rules could prod electronics manufacturers to internalize the cost of the waste they produce, as many sell products with a "planned obsolescence," meaning they'll be surpassed technically within a given timeframe so consumers will buy newer versions.

"It's definitely an economic benefit to recycle and reuse not only the rare earth metal elements in electronics, but also raw materials such as plastic," Dowdall told Deutsche Welle. "Producer responsibility is important because when companies are made responsible for their waste at the end of life of their product, it means they have incentives to make products that are more durable, have a longer life and are more recyclable."

Dowdall said Nokia, HP, Dell and Sony have improved their options for taking back products to be recycled. But he added that overall "it's still not at a level where customers often have the right options" available to effectively recycle their old electronic equipment.

Billed as the largest global environmental meeting since Copenhagen, a UN summit in Bali this week will focus on the growing threat in the developing world through discarded electronics such as computers. (22.02.2010)

China's Recycling Market on the Brink of Collapse

The global economic crisis can be felt everywhere. Bankers in the US and the UK are hit, textile workers in Bangladesh or carmakers in Japan. But the most affected are those already on the bottom rungs of society. For example, China’s rubbish collectors and sorters. The Chinese recycling industry is on the brink of collapse. The market for recyclable waste paper, metal, glass and plastic has plunged with the export market. (19.05.2009)