More than 3,000 people are involved in the search of the crash site, after a military plane plunged into the Black Sea on Christmas Day. So far, 11 bodies have been recovered along with fragments of the jetliner. 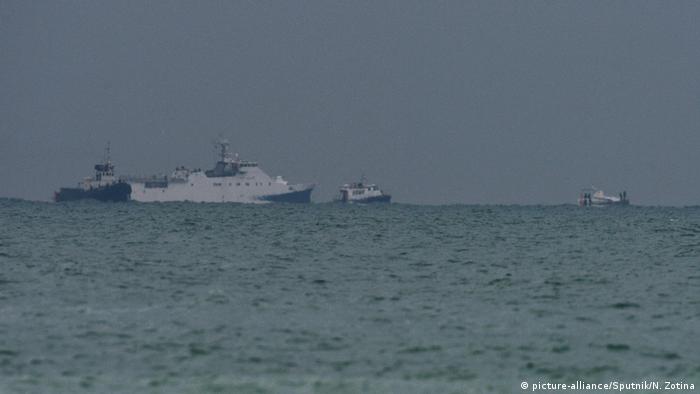 Investigators were looking into all possible reasons why a Russian military plane plummeted into the Black Sea in the early hours of Christmas Day, Russian officials told reporters.

The Syria-bound Tu-154 plane crashed two minutes after take-off from the Russian city of Sochi.

More than 3,000 people, including more than 100 divers, spent all night searching for victims and debris, the Russian Defense Ministry said. Drones and submersibles were also reportedly used in the search effort.

Transport Minister Maxim Sokolov said an "entire spectrum" of possible reasons was being considered, but that it was premature to speculate. Earlier on Sunday, Viktor Ozerov, head of the defense affairs committee in the upper house of the Russian parliament, said the crash could have been caused by a technical malfunction or a crew error. He had ruled out a terror attack because the plane was operated by the Russian military.

"I totally exclude" the idea of an attack bringing down the plane, Ozerov said according to the state-run RIA Novosti news agency. Some analysts suggested, however,  that the lack of a malfunction report from the crew pointed to a possible terror attack.

The plane was on its way to Hemeimeem air base in Syria's coastal province of Latakia when it crashed. The air base - which was been in operation since September 2015 - is the main hub for Russia's air campaign in the ongoing conflict in Syria.

Rescue teams had recovered at least 11 bodies from the Black Sea crash site, about 1.5 kilometers (0.9 miles) from the coast by Sunday evening. 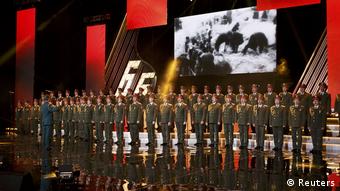 Valery Khalilov, the head of the world-famous Red Army choir, was listed as one of those who died, together with 63 other members of the group, whose official name is the Alexandrov Ensemble. They were going to Syria to perform a New Year's concert for troops.

"Losing such a great collective all at once is a great tragedy," Moscow city's culture department head Alexander Kibovsky said, according to RIA Novosti. As word of the crash spread Sunday, people placed bouquets of flowers outside the ensemble's Moscow headquarters.

Russian doctor Yelizaveta Glinka, who received wide acclaim for her charity work in Ukraine and Syria, was also on board. Her foundation said Glinka was accompanying medication being delivered to a hospital in Syria.

There were also nine journalists from three Russian television stations on the flight.

Syrian President Bashar al-Assad expressed his condolences for the crash. "Our prayers are with you…our sorrows and joys are one," Assad told Putin.

The Tu-154 aircraft has been involved in nearly a dozen major accidents in recent years. More than 800 people have died in crashes involving the airliner since 2000, not including Sunday's crash. The three-engine design was developed in the 1960's to operate on unpaved airfields with a passenger load of 150 people. Due to its checkered history, Russian authorities demanded the model be phased out in 2011.

The most notable crash occurred in April 2010 near the Russian city of Smolensk: Those who died included then-Polish President Lech Kaczynski and his colleagues. All 96 passengers on board that aircraft were killed.

A Syria-bound Russian military plane has crashed in the Black Sea. The defense ministry has said there is 'no sign of survivors.' (25.12.2016)

Astronomers discover nearby 'super-Earth' 1h ago

US Capitol police tighten security after new threats 1h ago