Record for biggest kebab in the world set in Berlin

The world record for the biggest doner kebab has been broken in Berlin. It is a fitting title for the city where the sandwich was invented. 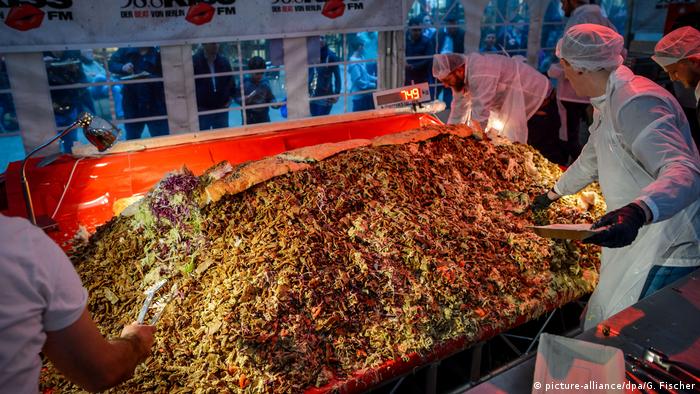 A massive 423.5-kilogram (934-pound) doner kebab was served up in a Berlin shopping center on Friday, breaking the world record for the sandwich that has become a staple of German food.

The doner weighed in at almost a ton, but broke due to its weight and needed to be cut in two.

Still, the larger doner piece broke the previous world record of 413 kilograms set in Australia, said the Record Institute of Germany, a counterpart of the Guinness Book of World Records.

The meat was served in pita bread alongside classic ingredients like salad, meat, and red and white cabbage. The cooks used an herb sauce because such an amount of garlic sauce would have created too much smell. 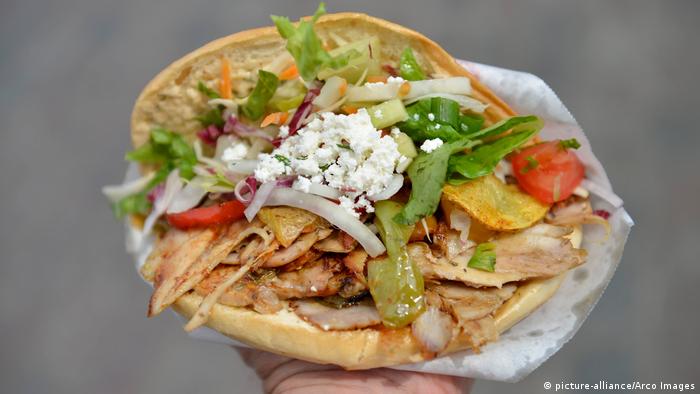 A classic doner in Germany has fixings like salad, sauce, onions and cabbage packed into a meat packed sandwich.

Also known as shawarma or gyros, the doner is widely credited as being invented in Berlin by the Turkish immigrant Kadir Nurman in 1972.

It has since become the most popular fast food in Germany, where it is a €4 billion ($4.7 billion) market.

According to the European Association of Turkish Doner Manufacturers (ATDID), some 400 tons of meat are eaten in the sandwich every day in Germany.

ATDID data shows that there are about 40,000 doner shops in Germany and 4,000 in Berlin alone.

The German capital has more doner kebab shops than even Istanbul, according to the website Visit Berlin.

The nicest fast food in Germany

A snack bar owner in the town of Bestwig has invited the needy to eat at his shop and pay him back whenever they can. He says the attention his offer has created hasn’t affected him or his profits. (01.04.2015)