Readers discuss the shape of nuclear policy at home

The nuclear crisis in Japan has renewed a longstanding debate about the use of nuclear energy. DW's Facebook fans described what the situation is like for them at home. 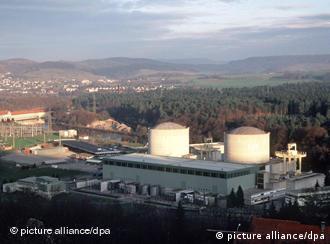 There are 439 nuclear reactors around the world

My country has three [reactors] in operation and one under construction. However, my country is near Japan, which means there are a lot of earthquakes. So, it seems improper to use nuclear power in my country! - Welling Huang, Taiwan

We have 15 [reactors] in Illinois alone. I think it's playing with fire and just waiting to get burned. It's a bit ironic that the safest form of energy (renewable) is also the one that is the least profitable (at the moment). Let's put lives before profit for once. - Jander Katze, USA

In my country, people are not concerned about nuclear energy, as there are two nuclear plants in operation. But I think that everybody should be informed about the risks of being exposed to high levels of radiation and how to prevent those risks. - Pyotr Karol Kaczynski, Mexico

Australia has some of the largest reserves of uranium of any country (23% of the world's supply), is geologically stable (unlike poor Japan), and yet not a single nuclear power plant exists here. - Andrew Martin, Australia

90 percent of Turkey is on active fault zones. We had 20,000 dead in a 1999 earthquake. The country is rich with solar, wind and hydro-energy resources. Still, the government argues there is a need for nuclear energy and has many projects to that aim. After the Japanese earthquake, a heated public debate started over the benefits of nuclear energy. But the government will stick to its plans no matter what. - Özden Umut Akbas, Turkey

I live in China. Although full-scale safety inspection of all nuclear plants in operation or under construction is required by the government after the Japan nuke crisis, the enthusiasm for nuclear power stations will not ease off. China has made a great strategy of increasing the nuclear power ratio in energy composition to seven to eight percent in the next five years, because a high economic increasing rate is the only way the government can keep society stable. They believe that by taking advantage of the most state-of-art technologies, nuclear power stations can be operated in the highest safety level, and this cannot be challenged by public opinion. Anyway, these days, people in China have begun to buy salt in a rushed way, since they believe that eating more salt can protect them from radioactive damage caused by the Japan nuclear emergency. A supply shortage of salt in markets has been reported. - Lu Bo, China

Unfortunately, in Nigeria, issues like this do not make the front burner. We have general elections in three weeks, but I am worried because early last year the Nigerian government signed agreements with the Iranian government to help with nuclear technology to generate power in a bid to address our power challenge. The country of over 150 million people currently generates less than 5,000 megawatts of electricity. So, we are badly searching for alternative sources of energy after billions of dollars have been expended in the last decade, and nothing can be shown for it. We've got massive solar and wind resources. I think these are better options for us. We definitely lack the capacity to handle the risks of nuclear power despite our location on safer tectonic plates. - Ayo Okulaja, Nigeria

I live in Indonesia, where we don't have any nuclear reactors yet. But the government is planning to construct its first one. I'm against it. - Mull Sujadi, Indonesia

In India, we have 20 nuclear reactors and another eight are under construction. Recently, the newly proposed Jaitapur nuclear power project is attracting strong opposition, since the region has experienced nearly 92 small and medium earthquakes in the course of 20 years. - Govardhan Muthusamy, India

The country I'm residing in now (Poland) doesn't have any nuclear reactors yet. However, the government is planning to construct its first one. I'm against it. To begin with, humans are consuming more energy than they should be using. It goes hand in hand with the Industrial Revolution. - Eugene Markow, Poland

In spite of history, South Korea feels for Japan in its crisis

Efforts to cool overheated fuel rods at the Fukushima nuclear plant in Japan were stepped up on Thursday amid fears of dangerously high radiation levels. More foreign governments moved to help evacuate their nationals. (17.03.2011)