Opinion: Japan′s bungled information policy harms everyone | Asia| An in-depth look at news from across the continent | DW | 16.03.2011

With its bungled information policy, Japan's is losing the trust it needs among the population, DW's Sybille Golte says.

News flash after news flash is coming out of Japan: a catastrophic explosion at the Fukushima nuclear reactor; radioactive clouds heading toward Tokyo, boiling water in the reactors. More bad news seems to emerge by the minute.

Yet those of us seeking information are anything but well-informed. The news items - running across live-tickers, flashed upon our screens or breathlessly explained by correspondents live from Japan - fail to add up to much. Apparently, they say, the reactors have been about to melt down for days now. Apparently? So where did those aforementioned radioactive clouds come from? Why is a reactor burning that was shut down long ago? What is really going on inside the reactors? Are the containment vessels really holding? And how high, exactly, isthe radiation level in and around Fukushima? 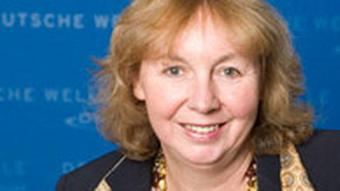 It is left to experts around the world to take a stab at answering these questions, with a variety of results.

There are two sources responsible for the chaotic mix of information coming from the region: For days now, the reactor operator Tepco has been playing down the situation, while the government has been doing its best to save face. Both are wrong to do so. Now, Japanese Prime Minister Naoto Kan seems to have recognized this. Based on his statements, it can be concluded that he himself has no overview of what is happening at Fukushima and in the other reactors.

What we do know, is that Japan is facing problems that dwarf any in its recent history. Huge swathes of its coastline have been devastated by the tsunami. Ten thousand people are missing. And hundreds of thousands are homeless and fleeing the region. The evacuation of those in the area around the reactor is a difficult logistical undertaking.

Yet that is no excuse for playing down the situation or spreading disinformation. Aid from around the world is pouring in, but it can only be used when the facts are on the table. In past catastrophes, Japan was proud of its ability to solve its own problems. But in the face of a disaster of this magnitude, pride shouldn't matter.

It was a mistake to leave the crisis management surrounding the Fukushima disaster to Tepco, a firm that already has an awful reputation. And it was an even worse mistake to pass on that information seemingly without checking its veracity. Prime Minister Kan would do well to finally ask international experts for help, before no one is allowed to enter the reactor area.

For the people around the world, the bungled information policy is irritating. But for the Japanese it is much worse. They are the ones who have to live with the aftermath of the disasters, both natural and nuclear.

The Japanese government has a legitimate interest in avoiding mass panic in the area around the reactor, or worse, in the urban agglomeration of Tokyo, with its 30 million inhabitants. But the answer to this concern is not to pass on confusing and contradictory information to the population. To the contrary: Japan's leadership is squandering the trust from its population that it desperately needs to bring the country back to normal.

Complications continue to hit Japan's fragile Fukushima nuclear power plant six days after a devastating earthquake and tsunami hit the country. Staff were evacuated from the plant amid a radiation spike. (16.03.2011)