Nearly anything can be insured for the right price. But experts say it's impossible to estimate the financial damage caused by a nuclear disaster, which is why insurers keep reactor-related risks at an arm's length. 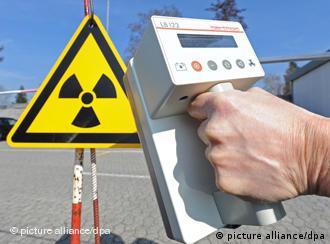 It's hard to measure the financial damage in Japan

It's essentially impossible to define an upper limit for the amount of financial damage a nuclear disaster can cause. That's why no insurance company worldwide is willing to completely cover the consequences of a worst-case nuclear catastrophe.

The highly specialized German Nuclear Reactor Insurance Association (DKVG) partially insured Japan's Fukushima nuclear plant to the tune of tens of millions of euros. But the Cologne-based insurer won't be paying anything.

"We do have a stake in the risks in Japan, generally speaking. But the property insurance and liability insurance policies exclude damages from earthquakes, tsunamis and volcanic eruptions," DKVG chief executive Dirk Harbrücker told Deutsche Welle. 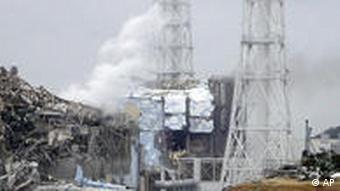 The DKVG is a complex network that draws on the resources of numerous German insurers and re-insurers. For each nuclear reactor it insures, it covers up to 256 million euros in damage to third parties.

Plant operators have to assume unlimited liability for all claims beyond that value, which is why the four large companies operating nuclear reactors in Germany - E.ON, RWE, Vattenfall and EnBW - have banded together in a sort of insurance pact.

If damages from a major incident were to threaten one company with bankruptcy, the other three would step in. The pool arrangement means that together, they're capable of covering damages up to 2.5 billion euros.

In the event of a nuclear catastrophe in Germany, the government would only subsidize the compensation of damages "if nothing more was to be had from the insurers or the operators," Harbrücker said.

According to Harbrücker, the DKVG has paid damages linked to a nuclear incident in Germany on just one occasion. He said he was unsure of the exact circumstance because the events took place many years ago, adding that the amount of money involved was relatively small – somewhere between 10,000 and 15,000 euros.

Around the world, there are very few precedents involving more serious incidents.

When the world's last major nuclear catastrophe occurred at Chernobyl in 1986, Ukraine was part of the Soviet Union. Residents living near the reactor went uncompensated at the time.

"There was no liability system like there is now," Harbrücker said. "Nothing was insured, so insurance companies were not affected."

The nuclear leak in Japan has reignited the political debate about atomic energy in Germany. Advocates of nuclear power argue that Germany has never suffered a nuclear catastrophe and highlight its cost benefits.

But environmental organizations insist atomic energy is the most dangerous form of power generation, and argue it is much more expensive than is commonly believed. 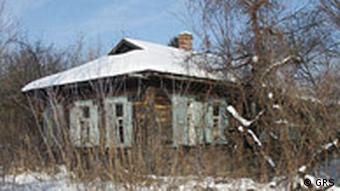 A city of 50,000 was abandoned after the Chernobyl meltdown

One study conducted by Greenpeace shows that nuclear power has cost German taxpayers more than 200 billion euros in government subsidies since the 1950s.

Greenpeace activist Tobias Riedl says that pales in comparison with the price future generations will have to pay.

"If you consider that highly radioactive waste needs to be stored safely for a million years, then it's obviously difficult to calculate the total costs which will become applicable in the future," Riedl told Deutsche Welle.

"But one thing is clear: it's going to be expensive, and the general public will have to bear the costs."

Opposition politicians enjoyed a field day capitalizing on Chancellor Merkel's nuclear power U-turn. But with ageing reactors shut down, many questions remain unanswered on the future of Germany's energy supply. (16.03.2011)

Despite calls for a stress test, it may take months to define the precise criteria to be examined. In the meantime, some scientists have a few ideas of what elements should be considered. (16.03.2011)