In the SS′ Service: Female guards at Germany′s Ravensbrück concentration camp | Germany | News and in-depth reporting from Berlin and beyond | DW | 11.08.2020 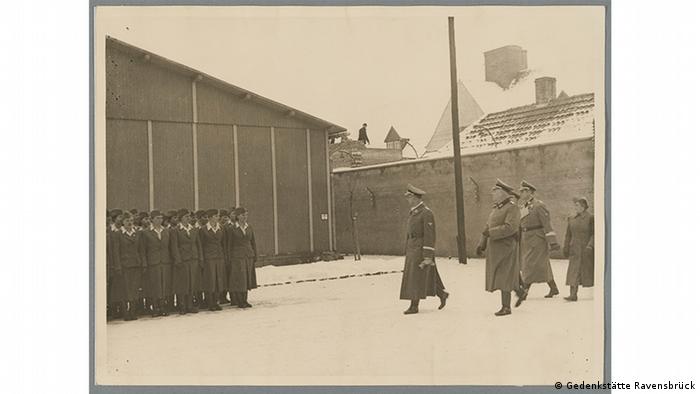 Bad conscience? Regret? Maria Mandl did not remotely experience either of those. "There was nothing bad about the camp," said the senior overseer of the all-women's concentration camp in Ravensbrück, Germany. The 36-year-old was hanged in 1948 after a Krakow court sentenced her to death as a war criminal.

Her career of cruelty is part of the new exhibition about female concentration camp guards at the memorial site. Over 140,000 people, mainly women and children, from over 30 countries were imprisoned in Ravensbrück, 80 kilometers (50 miles) north of Berlin, between 1939 and 1945. The camp was also the main training and recruiting place for female guards. Some 3,300 of them worked in Ravensbrück. 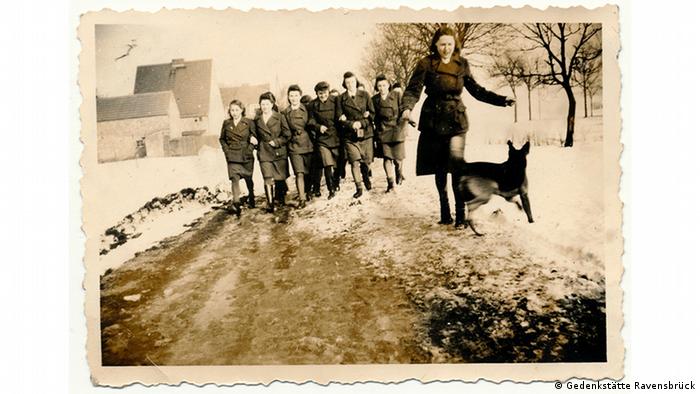 German shepherds were used as guard dogs at the Ravensbrück camp

The Austrian Maria Mandl was exactly what the self-proclaimed proponents of the "master race" wanted their female guards to be: loyal and merciless.

Someone like Mandl could go places under the perverse hierarchy of the Nazis. In 1942, after three years in Ravensbrück, she was transferred to work at the death camp Auschwitz. There, she created the Women's Orchestra of Auschwitz that was forced to play music during prisoner transports and executions.

In 1940, after World War II had begun, the female guards became subsumed under Hitler's elite death squad the SS (Schutzstaffel, Protection Squadron in English.) The freshly designed and updated exhibition, "In the SS's Service," first conceived in 2004, does not shirk from details. The location of the exhibition was also carefully considered: The old barracks for female camp guards, right next to the former camp. Only a wall and barbed wire separated the perpetrators from their victims. 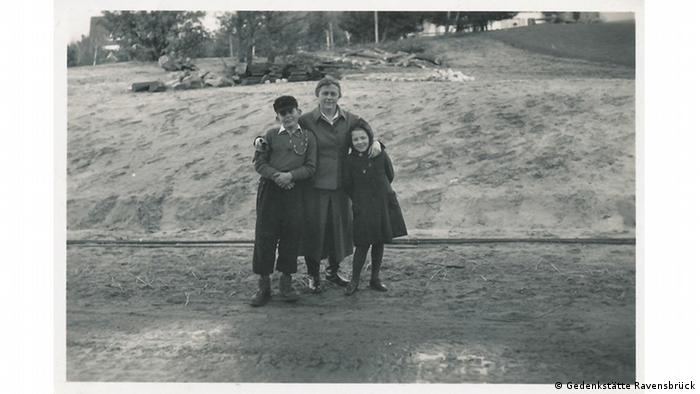 Female guard Johanna Langefeld lived with her son at the camp

Audio files of the torment and capricious abuse carried out on the prisoners can also be heard in the exhibition. Some of the interviews with witnesses are more than 20 years old. Ursula Winska from Poland, for example, explains in a video how Maria Mandl beat an older woman especially brutally on a pathway in the camp. When a fellow inmate came to her aid, she in turn ended up in the bunker. For months after, she was hit in the face every day, with the mocking comment: "You are a lady, but I can hit you."

There were some female guards who occasionally showed some humanity. According to another Polish prisoner, Henryka Stanecka, her group of prisoners were permitted a dip in the lake after finishing a muddy day's work in a sugar beet field. "One guard even gave us a towel," Stanecka said. 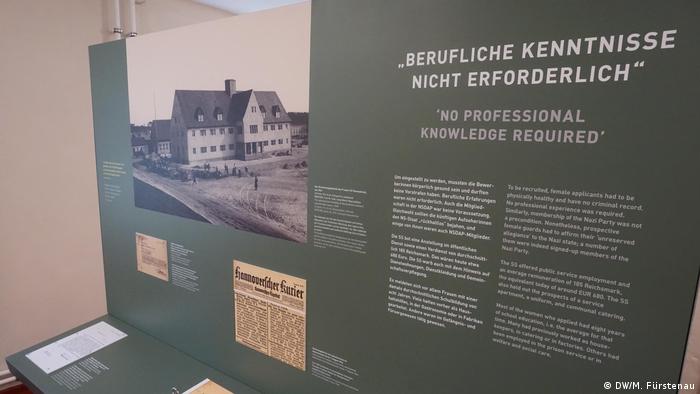 The longer the war went on, the more difficult it became for the Nazis to find volunteer guards. New staff were recruited through advertisements in newspapers. The words "concentration camp" did not feature in these job descriptions. For example, a 1944 advert in the Hannoverscher Kurier read: "Looking for healthy female workers aged 20-40 for a position in military service." Compensation was accorded based on tariffs for public servants. Furthermore, the role promised: "Free accommodation, catering and clothing (uniform)."

Prospects like this were enough for many women to volunteer. One woman identified only as Waltraut G. was among them. In a 2003 interview, she explained that she took the job for financial reasons. She was the oldest of five siblings. "So I really did not think about it for too long, all I thought was: If I can earn more there then I'll take the job." Anna G. also had no scruples in taking the job. She found the work in the camp quite simply "attractive as mindless assembly line work," like in a factory.

Only some went to trial

"That is important because after the war the guards said in their defense, that they would have been thrown into a concentration camp had they dared to refuse to follow orders, but we find no indication of that, so it must have been possible for them to make their own decisions," Erpel says. Curator and historian Simone Erpel put the exhibition together

The majority of female camp guards had little to fear after the war. Only 77 of them had to stand trial, according to Erpel, who is also a historian. Death sentences, like in the case of Maria Mandl, or long prison sentences were rare. Later investigations were mostly without consequence for those geriatric female camp guards who were still alive. Most recently, proceedings in eight cases were officially closed in February 2020 by the German state of Brandenburg, where Ravensbrück is located: seven because the defendants were unable to be questioned or attend hearings and one because of a lack of sufficient evidence. 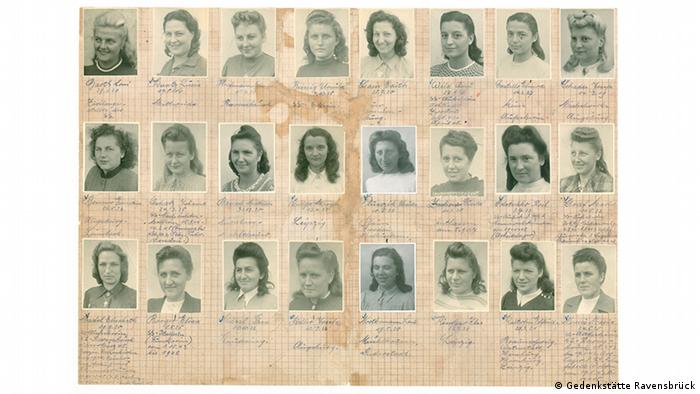 "Not guilty" — that's how the few female guards whose cases did make it to trial pleaded. As far as the perpetrators were concerned, that was all that needed to be said. None said anything that could have helped their victims at all. This chapter of German case law is now "history" — 75 years after the liberation of the Ravensbrück camp — according to one state prosecutor, in an interview that can be heard at the exhibition.

There is also a room which deals with "Facts and Fiction." This looks at the figure of the female camp guard in literature and film, along with the trade in Nazi memorabilia. Next to the novel The Reader by Bernhard Schlink, which has been translated into 50 languages and made into a movie with Kate Winslet, you can see a field-gray SS uniform. "It could be a fake," the accompanying text reads, explaining the uncertain origin of the piece of clothing — but there is a female guard's cap that is definitely real. It was given to the Ravensbrück museum by a former French prisoner. 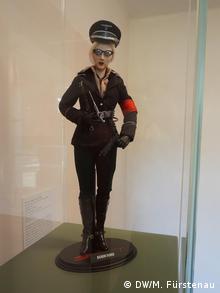 A doll in an SS uniform

Around the final corner of the exhibition you can find a glass cabinet with a doll in it. Her name is Silken Floss and she is an action figure based on the main character in Frank Miller's 2008 movie The Spirit. Scarlett Johansson plays the hero in a tale based on a comic strip by Will Eisner from the 1940s and '50s. The original comic is a crime thriller with mystical and comedic elements. The doll in the memorial at Ravensbrück has blonde hair and wears an SS uniform. You can buy things like this very easily online — but you might also find that in bad taste.