After a successful tour, the Rammstein frontman is releasing a single as a solo artist, Lindemann. The video for the song "Steh auf" features — unsurprisingly for the shock rocker — scenes of violence. 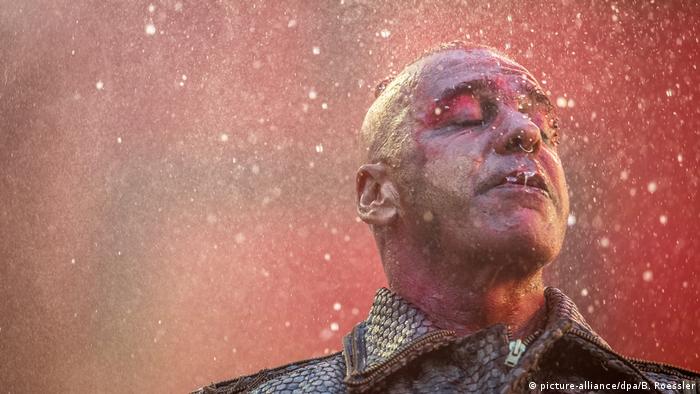 For his new single released on September 13, Rammstein singer Till Lindemann repeated the strategy employed by his band a few months ago by posting a 30-second teaser to his new single two days ahead of its release. "Steh auf" (Stand up) however didn't grab the same kind of media attention as the teaser to "Deutschland," which caused controversy for featuring the musicians dressed up as concentration camp prisoners.

The new video shows an emotional Lindemann and his musicians performing in an empty ballroom; they suddenly appear in a red seclusion room, crazy-looking and all dressed in white. After a face-off, Lindemann is thrown into a glass basin filled with water, where he drowns. Cut to scenes of medieval torture, with a victim being dragged by a galloping horse, and you get an idea of the type of violence that makes up the clip.

Lindemann's previous release as solo artist was in 2015

For the album, which was completed in August, the 56-year-old has reunited with Swedish music producer Peter Tägtgren. In 2015, the two musicians brought out the album Skills in Pills under the name Lindemann. It reached the top of album charts in Germany.

The album's release date has not yet been revealed. 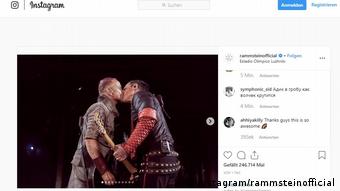 Till Lindemann and his Rammstein bandmates justcompleted their European stadium tour  a few weeks ago, making headlines several times throughout the tour.

In Moscow, for example, guitarists Richard Kruspe and Paul Landers kissed onstage in support of LGBTQ rights; Russia is renowned for its homophobic laws. They also demonstrated their commitment to the gay and lesbian movement by waving a rainbow flag in Poland.

Rammstein is planning another European tour for 2020; it is already nearly sold out.

From Russia with love: Rammstein's candid kiss sends ripples around the world

German metal band Rammstein can always be counted on to raise a stir. But their latest stunt appears to have hit a particular nerve in Russia. (03.08.2019)

Rammstein has a militant look and texts that break taboos. Really? The word most often growled by frontman Till Lindemann is "Liebe" (Love), and the lyrics are inspired by classical poets like Goethe. (16.08.2019)

When a Rammstein album is released, the promotion campaign usually involves some sort of scandal. "Zeit," however, gets by without any at all. Is that what farewell sounds like?