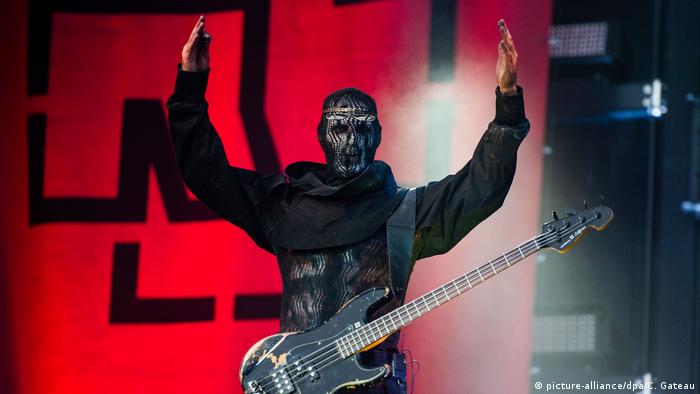 Hardly had the tour gotten off to a start on May 27 in Gelsenkirchen, and the one announced for 2020 — and the mad rush for tickets — grabbed the headlines. Next year's tour is already practically sold out.

But what about the past 13 weeks? There seemed to be media reports every day, documenting every detail of the show, even the parts that were already familiar. Everything the band did on the side was noted too. Usually it had to do with lead singer Till Lindemann: sitting at the controls in a plane, fishing in the nude in Finland, throwing John Lennon's son Sean out of the backstage area (the Rammstein singer apparently didn't understand his name correctly; after so many years of loud rock, maybe he can be excused if his hearing is impaired), or getting involved in aphysical altercation with a fan. 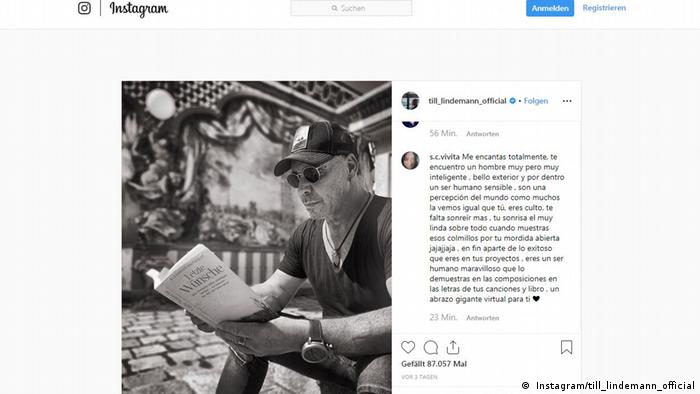 Looking for meaning in every gesture

Atypically for this band, the shows included some social and political symbolism. In Vienna — as earlier in Frankfurt — the rockers, in inflatable boats, were borne on a sea of their fans' hands to the stage, facing a sign saying "Welcome." In the context of the refugee crisis on the Mediterranean Sea, the message was clear, and the audience cheered loudly.

In Poland, where the LGBTQ community is squeezed between state, Church and a sometimes hostile populace, band members waved the rainbow flag. The male-male kiss in Russia was another statement in favor of tolerance and inclusion.

Fans and the media rush to analyze and explain every line of text, every symbol, gesture and musical expression, but the band members themselves offer no help. Lindemann is quoted as saying, "If you lose your naivete, you put on a straitjacket that is difficult to shed again. That kills artistic creativity." In an interview with Rolling Stone, keyboard player Christian "Flake" Lorenz added: "Because we wanted to show the people exactly that: how easily they gobble up every tidbit thrown their way." 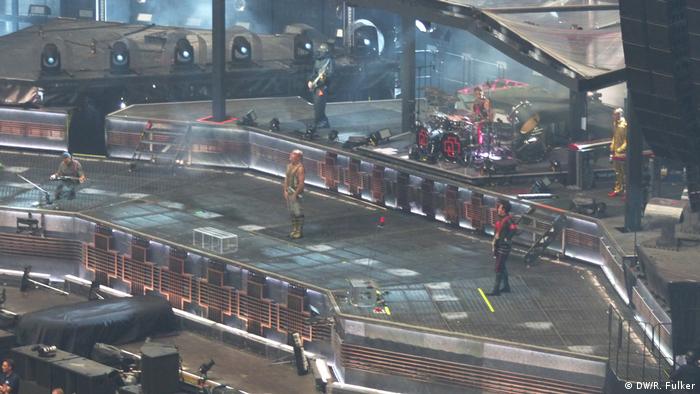 The stage by German designer Florian Wieder is anachronistic and at the same time, futuristic

Lorenz's remarks had to do with the promotional trailer to the video German rock band Rammstein sparks outrage over Nazi camp video which had just appeared showing the band members dressed as concentration camp prisoners, nooses around their necks, waiting for execution. The excerpt created a major stir, as it had to do with the portrayal — or, some said, instrumentalization — of victims of Nazi Germany.

The 10-minute video that appeared not long afterwards contextualized the episode in an elaborately produced depiction of 2,000 years of German history, and the song lyrics turned out not to be nationalistic but ambivalent. In the video, Germany itself was personified by a black woman — and that, in turn, outraged Rammstein's fans on the right wing.

Rammstein's shows are dominated by such grandiose lighting and pyrotechnical effects that they offer little room for ambiguities and subtleties of the kind seen seen in the videos. On the stadium tour, Deutschland gets a low-key performance, and the song Diamant is even minimalistic. 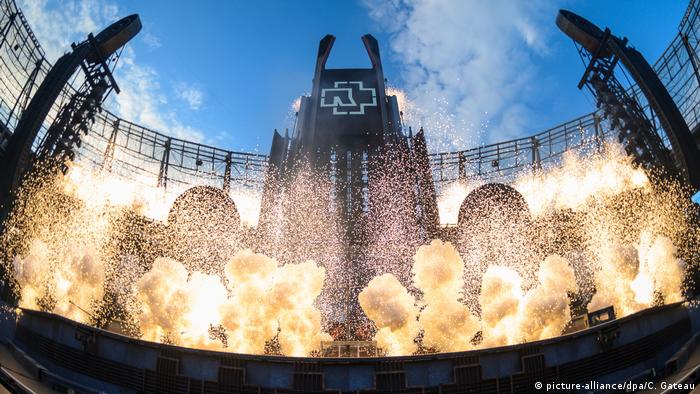 Afraid of fire? Better not go then

On the subject of fire: one reporter wrote that it would be better to send a grilling critic than a music critic to a Rammstein show. No matter how large the venue – this was Rammstein's first full stadium tour in the band's 25-year history – it's not likely that there was anyone present who didn't feel the heat in his face. Most songs end up with something going up in flames – including the huge baby carriage in the song Puppe, next to which the imposing figure of Till Lindemann looks like a three-year-old brat.

Can the shock rockers still shock?

How much room is there for scandal after a quarter century of breaking taboos? And how much musical innovation is possible with a group that has long since defined its style? These issues seemed secondary during the tour.

It's more about the spectacle. Not only the ticket-buying public is privy to it: people in the neighborhood in Gelsenkirchen complained about the noise, and pictures taken at night in Dresden made it look like the Frauenkirche was in flames. 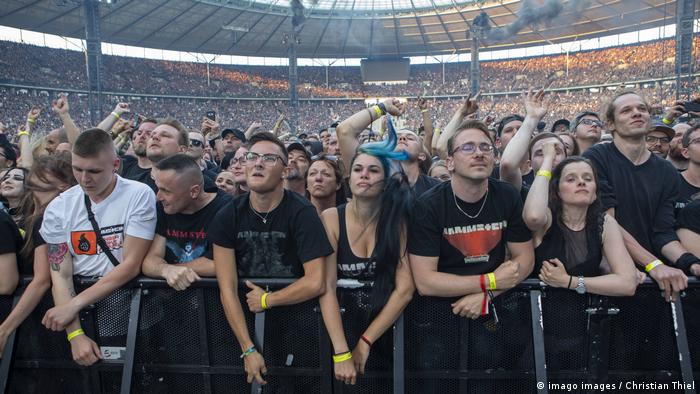 And the audience? Most seemed between the ages of 25 and 55, which is understandable at ticket prices that often to into the triple digits.

The actual age range of Rammstein fans is much wider though, as shown in a viral video on YouTube that came from a retirement home in the German town of Erxleben. Whether Rammstein's music is good for arthritis hasn't been documented yet.Never too old to rock

The band's fans are not limited to geographical boundaries either: On the River Volga, 150 Russian musicians performed a cover version of Rammstein's song Du hast. 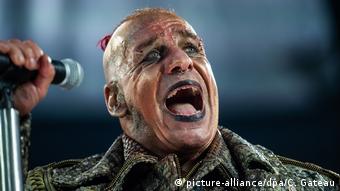 In his gory makeup, Till Lindemann makes for a powerful appearance

In a floor-length brocade coat with ropes, wearing black lipstick and heavy mascara, Till Lindemann sweated his way through the hot summer of 2019. His visual antithesis is keyboard player "Flake" Lorenz in glittering gold garb and a pilot hat, walking a treadmill to the beat. Crypto-fascist imagery? Perhaps it's best not to over-interpret these either.

About the sound – or at that volume level, the shock waves – much has been written. What remains astonishing is how unaggressive the guitars and percussion sound, and how clearly Till Lindemann's vocals come across. What remains after the tour? Enthused fans – maybe some with tinnitus – and an internet full of Rammstein impressions, reports, commentaries and posts. And anticipation of the next big stadium tour which begins on May 25, 2020 in Klagenfurt.

Come to Germany and experience Rammstein on their home turf? Not a chance: The shows were almost immediately sold out. Only a few tickets remain at venues outside the country.

Rammstein has a militant look and texts that break taboos. Really? The word most often growled by frontman Till Lindemann is "Liebe" (Love), and the lyrics are inspired by classical poets like Goethe. (16.08.2019)