Anjem Choudary is accused of inviting support for the "Islamic State" (IS). No stranger to controversy, the trial marks the first time he's officially been charged. Samira Shackle reports from London. 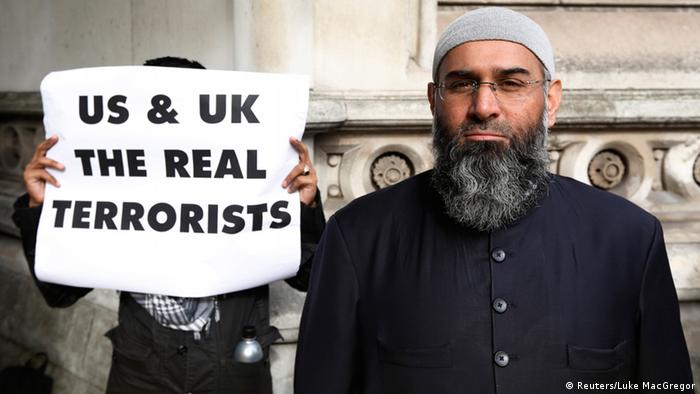 The charges relate to a series of social media posts made between June 29, 2014 and March 6, 2015. In these posts, Choudary and his co-defendent, Mohammed Mizanur Rahman, allegedly encouraged Muslims to obey IS and to travel to the caliphate.

It is the first time that Choudary has been officially charged with a terrorism offence, although he has courted controversy for years. "Choudary was the founding member of the now proscribed group Al-Muhajiroun and he later had other offshoot groups such as Islam4UK and Muslims Against Crusades," Dr Imran Awan of Birmingham City University told DW.

Al-Muhajiroun was founded in 1986 by Choudary and Omar Bakri Mohammed, one of the UK's most prominent Islamists until his exile to Lebanon in 2005. Choudary and his associates have since formed different organizations. Most recently, the group Muslims Against Crusades was banned by the Home Secretary Theresa May in 2011. May said that Muslims Against Crusades was "simply another name for an organization already proscribed under a number of names."

According to experts, Choudary's mission has changed over the years. "In addition to his prominent role as leader in the UK, the worldwide hub of the organization, Anjem has increasingly internationalized his outlook and is now at the center of his own international network of affiliated and partner organisations," Nick Lowles, chief executive of Hope not Hate, an anti-racist organization, told DW. Choudary's group Sharia4UK has numerous international affiliates.

Choudary has appeared frequently on a wide range of television programmes - from the BBC's flagship Newsnight, to breakfast chat shows - leading to widespread frustration amongst Muslim Britons, who are at pains to explain that Choudary does not represent mainstream opinion. A Facebook group named "Muslims Against Anjem Choudary" has nearly 4,000 members. 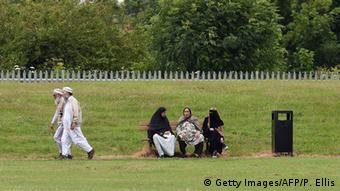 Moderate Muslims are concerned about their image

Given his penchant for high profile stunts, such as his anti-Armistice Day protests in 2010, when Muslims Against Crusades burned poppies and chanted "British soldiers burn in hell" outside London's Albert Hall - and for outlandish statements on television - Choudary has often been derided and mocked as a joke figure with little real significance. "He has over 31,000 followers on Twitter which does not relate to real offline presence," says Awan. "When he came to Birmingham [to campaign] he was removed by the Muslim community."

However, Choudary is known to have had links with a number of people convicted under anti-terrorism laws, including Michael Adebolajo, who killed the off duty British soldier Lee Rigby in 2013. More recently, the British man who appeared in an IS propaganda video is thought to be Abu Rumaysah, a close associate of Choudary's.

"As a preacher he has influenced some of the most well-known terrorists of the last decade and he has helped to send British and European Muslims to war zones around the world to engage in jihad," says Lowles. "As a result of becoming more internationally known he has increasingly moved in more extreme and dangerous circles with ever more links to major international terrorist groups, such as Ansar al-Islam, the northern Iraq group which is affiliated to al Qaeda. In October 2013 the Somalia based al-Qaeda affiliate al-Shabaab flagged up Choudary as a key contact in the UK." 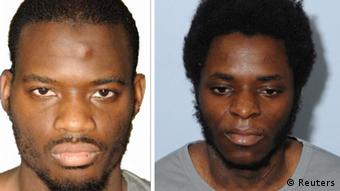 Choudary was a major influence on other radical Islamists

Last August, Choudary said in court that the arrest and charge was a "political manouevre to silence Muslim voices" and insisted that he would defend himself in court. In the past, he has responded to criticism over his extreme views by pointing out that he has never been charged with any terrorism related offences. "As the rules around extremism are widened and new powers enforced, it was more than likely he would be arrested and charged at some point," says Awan. "He similarly claimed a martyrdom status when Muslims Against Crusades was banned."

Despite extolling the virtues of a sharia state and allegedly encouraging others to leave the UK to fight, Choudary himself has always remained resident in the UK, where - as the tabloid newspapers like to point out - he claims state benefits.